Nicola Sturgeon said that those who have tested positive have so far not required hospital care. 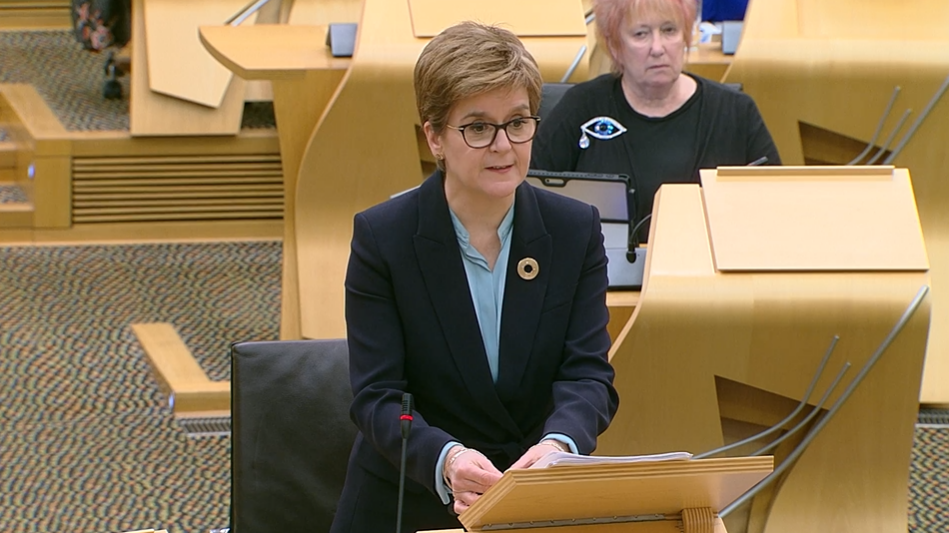 Nine confirmed cases of the Omicron variant in Scotland can all be traced back to a single private event, Nicola Sturgeon has announced.

STV news understands the outbreak is linked to a birthday party.

The First Minister said that those who have tested positive have so far not required hospital care.

In a statement at Holyrood, Sturgeon explained that those who attended the event on November 20, have all been self-isolating.

“I can confirm that as of 5pm yesterday (Monday), there are nine confirmed cases in Scotland,” she told MSPs.

“Five of these are in Lanarkshire and four are in Greater Glasgow and Clyde.

“We have preliminary information on all nine of these cases which is the basis of the information I am about to share with Parliament, however I want to stress that health protection teams are continuing their investigations.”

She continued: “Let me say firstly that none of the people who have tested positive for this new variant have so far required hospital care.

“All nine were tested on or around November 23 and because they had tested positive, they have all been self-isolating.”

The First Minister said that as the known cases are so far linked to the single event, community transmission may still be limited.

She told MSPs: “None of these individuals, as far as we know, has any recent travel history to, or known links with others who have travelled to the countries in Southern Africa where the variant was originally detected.

“However, while the contact tracing exercise is still ongoing, health protection teams have established that all nine cases are linked.

“They all trace back to a single private event on November 20.

“Indeed, we fully expect that there will be more cases identified over the coming days that are also linked to this event.

“In summary, the lack of any known travel or overseas connection to these cases does suggest that there is some community transmission of Omicron already happening in Scotland.

“However, the fact that all known cases are so far linked to this single event suggests that community transmission may still be limited.”