Persistant rain will move in from the North Sea on Friday, which could lead to flooding. 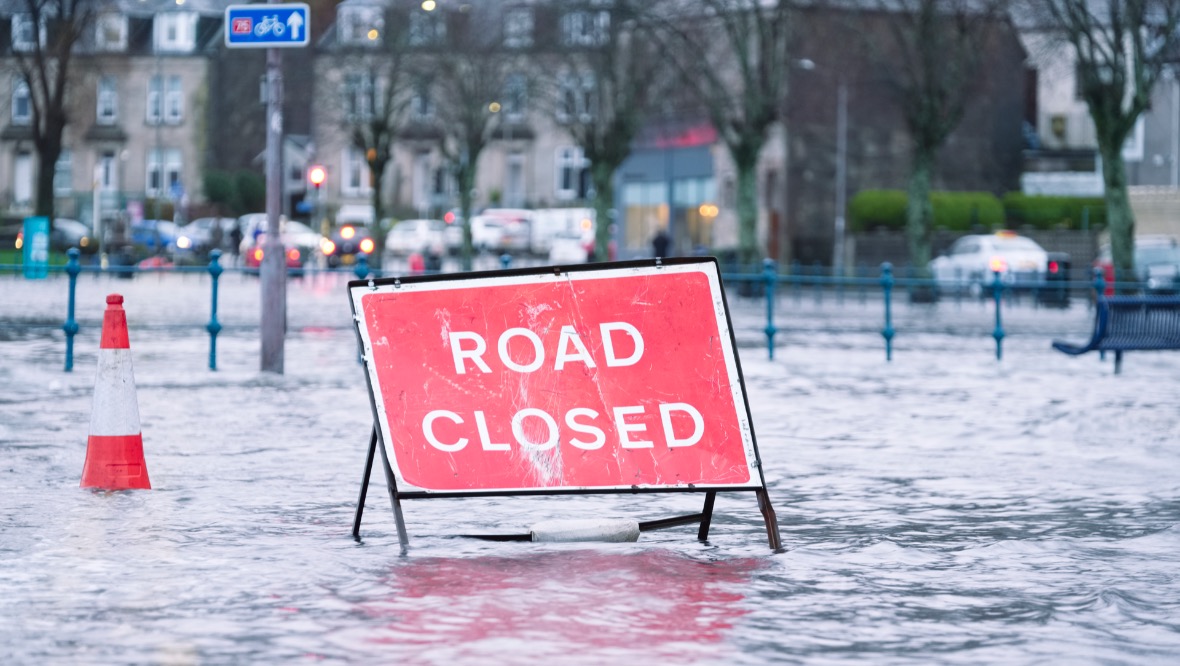 A weather warning for flooding has been issued after parts of Scotland experienced heavy snow overnight.

The Met Office issued a yellow ‘be aware’ weather warning for rain across the east of the country, affecting parts of the Highlands, Aberdeenshire, Tayside, Fife and Edinburgh.

It follows a heavy snow which hit most of the country on Friday morning, leading to road closures and train delays.

Hundreds of people reported hearing “extraordinarily loud thundersnow” during the night in Edinburgh, with many reporting the noise to police.

Thundersnow occurs when thunder and lightning combines with a heavy snowstorm.

The new rain warning, which is in effect until 6am on Saturday, says flooding and disruption to power supplies is likely.

STV weather presenter Philip Petrie said: “Many of us woke up to very wintry conditions today. Yesterday the worst affected areas were in the west, where overnight sleet and snow showers meant a dusting of snow to start the morning.

“It’s a reversal of fortune today, as the east sees the brunt of persistent rain moving in from the North Sea. As that rain hits the cold arctic air that is currently pushing down from the north, it’s turned into sleet and snow – affecting many eastern areas such as Aberdeenshire, the Lothians, Angus, Fife, Perth and Kinross and Dundee.

“Throughout the day the snow will become confined mostly to higher ground, and the yellow snow weather warnings in the east switch to rain weather warnings, as the wet weather continues to feed in from the east through the afternoon.

“We’ll also have very strong, possibly gale force, northerly winds today which, added to the rain, sleet and snow, means it will be feeling a lot chillier than the forecast temperatures.”