Heavy downpours are set to continue up until midnight on Sunday. 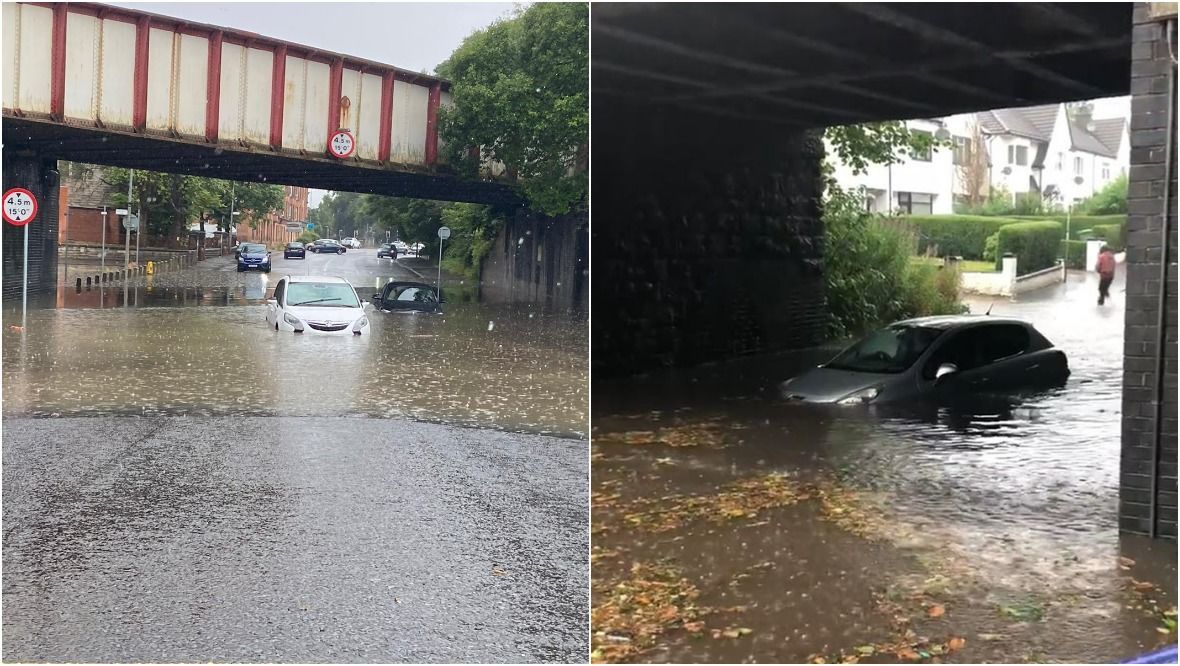 A yellow weather warning for thunderstorms is in place until midnight on Sunday with the Met Office warning it may cause flooding and power cuts.

Areas across the central belt are experiencing heavy flooding with roads in Glasgow completely submerged in water.

Traffic Scotland warned of delays on the M77, M8 and A74, with flooded roads in parts of Glasgow city centre and Cardonald.

The Gannet restaurant in Finnieston was forced to close on Saturday after torrential downpours caused the place to flood.

Floodwater poured into building damaging the kitchen and storage areas.

On Glasgow’s Great Western Road, cars were seen driving through flood water while a couple was forced to abandon a car underneath Drumchapel railway bridge after it became submerged.

Claire, a local resident, said: “They walked through the water up to their waist. I went to get (a) train and all (were) cancelled so had to wade home in rain up to my calves.”

Network Rail said staff detected 5ft of floodwater in the twin tunnels at Dalmuir north west of Glasgow on the route from Yoker.

The line between Argyle Street and Bridgeton in Glasgow also closed due to track circuit failures from suspected flooding.

The rail body tweeted: “We’re constantly monitoring the weather and the impact it’s having on the network in real-time, thanks to our dedicated forecasters and monitoring equipment.

“Right now, there’s a number of speed restrictions in place across the country due to the heavy rain we’ve seen.”