Old Military Road is to close after the Met Office's warning of heavy rain and difficult driving conditions. 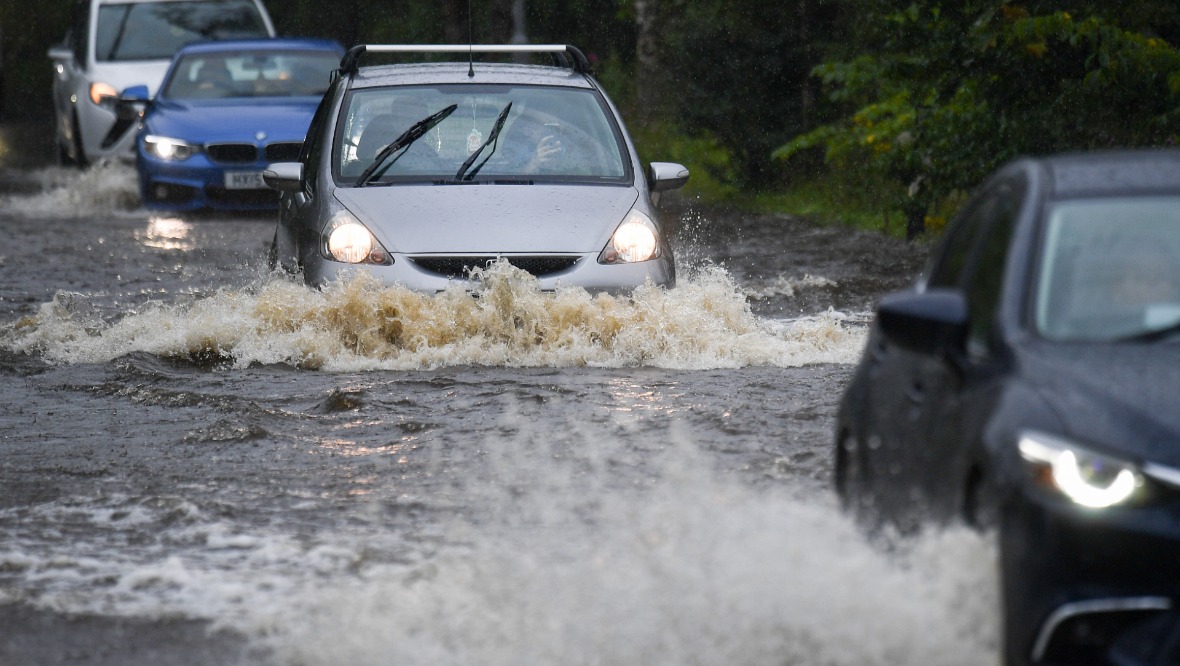 A yellow weather warning for rain is in place for a large swathe of Scotland.

The Met Office says heavy showers are expected on Tuesday from 1pm until 9pm and could lead to some communities being cut off by flooding.

Central, Tayside and Fife, the Highlands, south west Scotland, Lothian Borders and Strathclyde are expected to worst hit by downpours.

The Old Military Road in Argyll and Bute will close from 12pm as a precaution. Work is continuing on the main A83 route at the Rest and Be Thankful following a landslip earlier this month.

STV Weather reporter Philip Petrie said: “By late afternoon/early evening the rain becomes slow-moving – turning more heavy and persistent – and this is why the Met Office have issued a yellow weather warning for rain.

“Some places are likely to see 20-25mm of rainfall within one hour, or 50mm of rain within three hours.

“However, the weather warning only lasts until 9pm, at which point the showers should have eased considerably.”

The warnings come a week after flash flooding across the country as thunderstorms caused torrential downpours overnight.