With existing saturated ground there is a risk of more severe flooding. 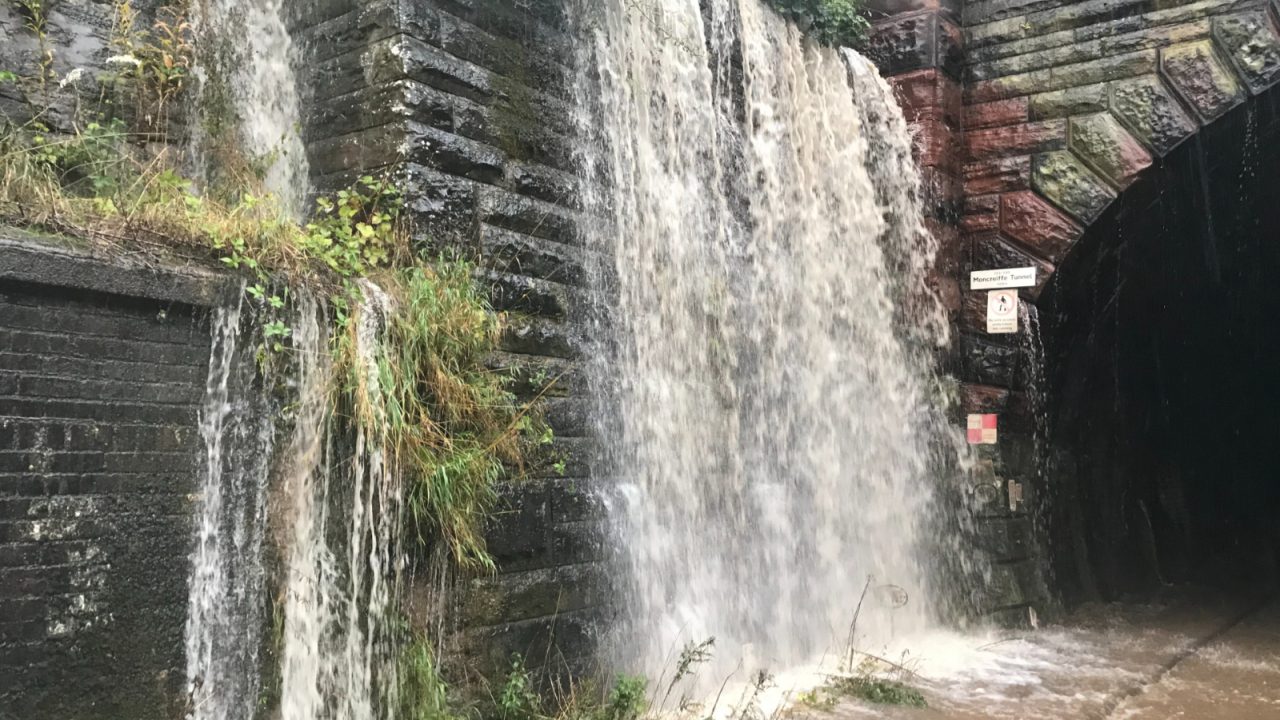 There is a risk of flooding as heavy rain is set to batter parts of Scotland a week after severe weather caused widespread disruption.

The Met Office has issued a yellow warning for rain, coming into affect at 12pm on Satuday and lasting throughout the afternoon and evening.

The warning zone covers an area around Argyll and Bute, Stirling, Perth and Kinross, Dundee, Angus and Clackmannanshire where the rain will be most persistent and heavy.

It comes after a woman was swept away in floodwater in Aberdeenshire last Friday.

Hazel Nairn was last seen in the River Don near Monymusk at around 3.05pm. After days of searching her West Highland terrier, which was with her at the time, was found dead near the water.

STV weather presenter Philip Petrie warned that with existing saturated ground there is a risk it could lead to further localised floods.

The Met Office said flooding of a few homes and businesses is likely and that bus and train services would be disrupted.

All journeys by road will be affected by spray and flooding too.

“This time last week we were experiencing some extremely wet conditions, high rainfall accumulations and flooding across parts of the north east, with Braemar seeing a total of 51mm falling on Thursday alone,” said Philip.

“There were some record breaking totals in the west too, with some rainfall gauges on the Isle of Skye recording 251mm of rain in the space of 48 hours.

“Thankfully things eased across the weekend and have remained somewhat changeable but quiet for this week.

“However, just in time for the weekend, we are seeing things turning more unsettled once again as a band of heavy rain and strong winds arrive early Saturday morning.

“The rain will spread eastwards across the country through the day, giving the whole country a wet, windy and overall miserable day unfortunately.

“Everywhere is likely to see outbreaks of rain at some point through the day, and there will be some heavier downpours where we could see 20-40mm building up.

“Once this band of rain clears through by Sunday morning, things are looking a bit drier and brighter for the second half of the weekend and there are signs of something better as we head into next week.”