Torrential showers are set to be felt in the west, with the worst of it to fall on Saturday night into Sunday morning. 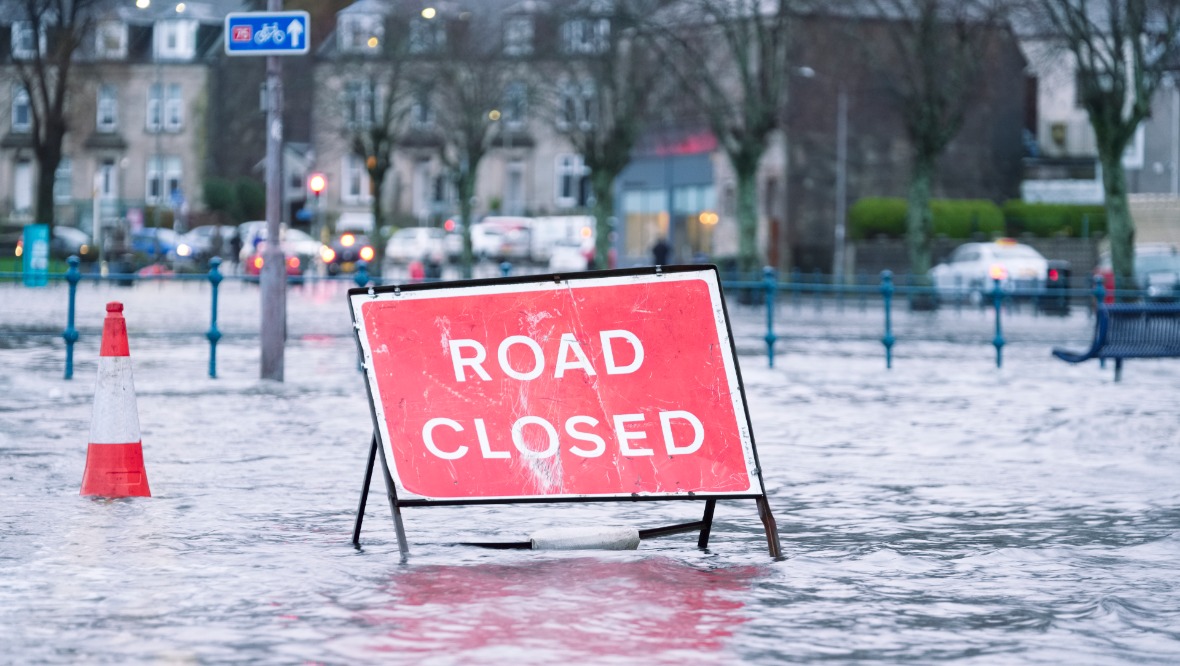 A third of September’s usual rainfall is expected to fall in parts of Scotland this weekend, as the Met Office issues a weather warning.

The brunt of the downpour is set to be felt in the west, with the worst of it to fall on Saturday night and into Sunday.

A yellow warning for rain has been issued, with those travelling warned of the risk of flooding and disruption.

It’s because warm air is drifting towards the UK, carrying a lot of moisture, with as much as 50 to 60mm of rain around Fort William and Lochaber and 20 to 25mm in Glasgow.

STV meteorologist Sean Batty said: “The worst of the rain will fall on Saturday night and into Sunday with the risk of flooding affecting some parts of the west.

‘As much as 50 to 60mm of rain may fall around Fort William and Lochaber, which is about a third of what we’d expect for the whole of September.’

“As much as 50 to 60mm of rain may fall around Fort William and Lochaber, which is about a third of what we’d expect for the whole of September.

“The Western Isles and Skye had some of the heaviest rain on Friday, with a further 20 to 30mm possible through Saturday night and Sunday.

“For Glasgow and surrounding areas there be around 20 to 25mm, which again is around a third of a month’s worth of rain.

“In excess of 100mm looks like falling on the mountains in the west Highlands and Argyll and this feeding into rivers could add to flooding issues.”

The north east, however, should see a lot less rain, with brighter conditions temperatures potentially hitting 19C on Sunday.

But up to 60mm could fall in the Rest and Be Thankful area in Argyll, a key route which has recently undergone repairs due to landslips.

Sean added: “Combined with strong winds blowing onto the western side of the mountains the ground here is likely to become very saturated once again.”

He said: “As well as the rain, strong to gale force winds will develop across most of the mainland and Hebrides on Saturday night and into Sunday morning with gusts up to 60 mph possible in more exposed areas.

“The winds will slowly ease through Sunday afternoon.

“Ferry disruption is also very likely due to the strong winds in the north and west on Saturday, and the west on Sunday.

“The good news is quieter and drier conditions should develop into early next week as high pressure builds with temperatures rising too.”