The Scottish Hospitality Group (SHG) say staff have faced' intolerable levels of abuse' and some venues saw a drop in footfall of up to 40%. 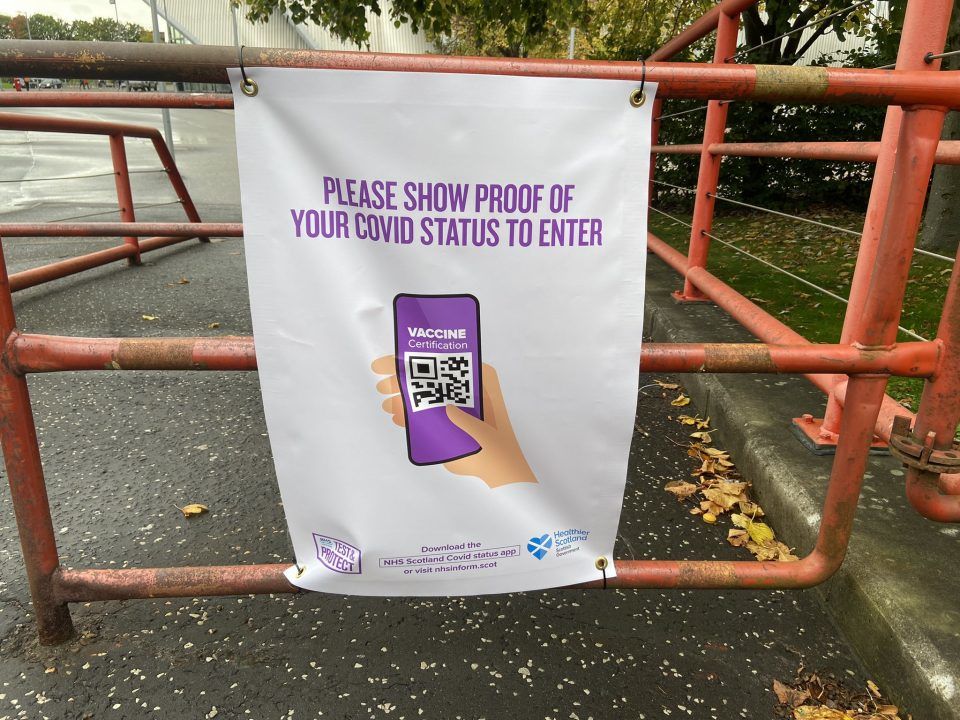 The first weekend of enforcement of Scotland’s vaccine passport scheme has been an “unmitigated disaster”, according to a hospitality sector body.

The Scottish Hospitality Group (SHG) said that staff have faced “intolerable levels of abuse” and some venues saw a drop in footfall of up to 40%.

It is calling on the Scottish Government to scrap the scheme, which has been legally enforceable since October 18.

Proof of full vaccination is required to enter nightclubs and large events as part of the Scottish Government’s efforts to limit the spread of coronavirus and increase vaccine take-up.

SHG spokesman Stephen Montgomery said: “The first weekend of the vaccine passports scheme has been one of unmitigated disaster – and that responsibility lies entirely at the door of the Scottish Government.

“The Scottish Hospitality Group has been warning the government for weeks that their vaccine passports scheme is not ready – but the government’s attitude has been to tell us to ‘get on with it’ whilst offering no safety net of support for businesses or our hard-working staff.

“The experience of this weekend shows that the result has been intolerable levels of abuse of our staff, and the creation of an atmosphere that will totally undermine anyone’s enjoyment of our night-time venues.”

The SHG comprises many restaurant and bar businesses, including the DRG Group, Buzzworks Holdings, Signature Pubs, Montpeliers and Manorview Group.

There were also a “concerning number” of reports of abuse of hospitality staff over rejections and queues at venues, and continuing problems were reported with the vaccine passport app and its update.

The vaccine certification scheme applies to late-night premises with music, alcohol and dancing between midnight and 5am.

Montgomery said the SHG is seeing some venues closing at midnight to “take themselves out of scope of the regulation for reasons around recruitment and staff welfare”.

He said: “The Scottish hospitality industry as a whole has paid enough for government failures in this pandemic, and it’s time the Scottish Government scrapped this scheme altogether.”