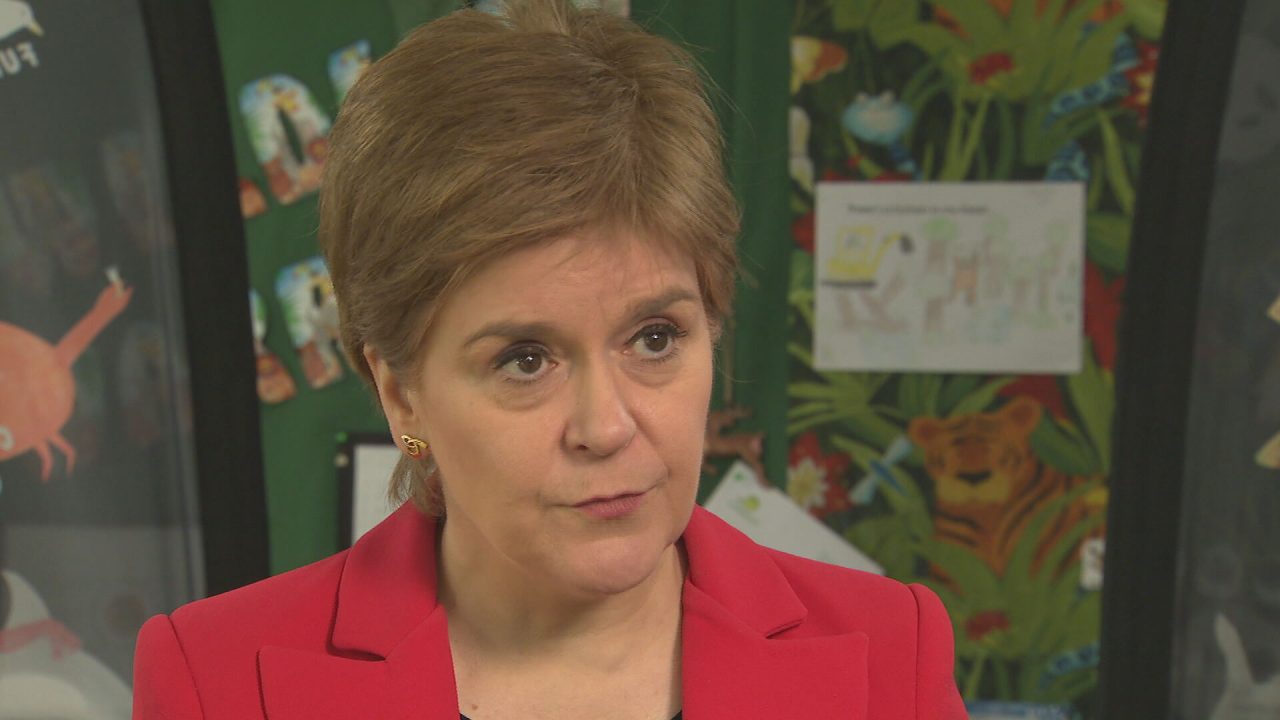 Nicola Sturgeon has challenged her UK Government counterparts to follow in the footsteps of Holyrood in getting back round the table to negotiate new pay deals with public sector workers.

The First Minister insisted she remained hopeful a new wave of strikes among school teachers planned for January could be avoided after a fourth offer mirroring that of increases elsewhere in local government was put before unions.

Educators represented by the Educational Institute of Scotland (EIS) and Scottish Secondary Teachers’ Association (SSTA) are set to walk out of classrooms on January 11 after knocking rises of between five and 6.85% in the latest negotiation.

The union’s general secretary, Andrea Bradley, said the deal – which was unanimously rejected by all Scottish teaching unions – left some educators worse off than previous terms.

But the FM maintained that amounted to a “fair offer”, adding: “The Scottish Government will continue to do all we can to resolve industrial disputes in the public sector, obviously to avoid the disruption that comes with that but more fundamentally than that, because we believe that public sector workers deserve a decent pay rise in these incredibly difficult times that people are living.

“There is an offer before teachers, it’s the fourth offer that has been made and it would deliver for teachers the same increase in pay that has already been accepted by other local government workers including the members of staff in schools.

“It is a fair pay offer, particularly under the conditions in which we are working where funding is finite and not unlimited.

“If that offer was to be accepted and that paid to teachers, we would see since 2018, teachers getting a pay increase of more than 20%. The Organisation for Economic Co-operation and Development (OECD) point to the fact that teachers and starting salaries in particular in education in Scotland are amongst the highest in the world.

“We deeply value the work that teachers do and are seeking and have sought across the public sector to deliver as much fairness as we can in our approach to public sector pay.”

The EIS strike on November 24 saw most primary and secondary schools in Scotland close completely, while SSTA action last week resulted in dozens of secondary schools shutting their doors or operating with severely disrupted timetables.

However, Bradely branded claims the offer to teachers amounts to the same percentage increase as that accepted by other groups of workers “disingenuous”.

She added: “Quite apart from the fact that our pay is negotiated separately, to take account of different recruitment challenges, the offer accepted by other local authority workers, including school support staff, had an average value of 7.5%. The latest offer to teachers averages 5.07%, scarcely an improvement on the previous offer of 5%, and does not include the extra day’s holiday or payment of professional body fees that the other settlement does.

“The ‘revised’ offer included just an extra 71p per week, per teacher, compared to the previous offer. The vast majority of teachers were actually being offered practically the same or even less in the ‘revised’ offer, despite the Scottish Government claim that the offer was an improvement.

It comes as health unions elsewhere in the UK extended an olive branch to Westminster by offering to postpone strikes if health and social care minister Steve Barclay agrees to host new talks.

Unison meanwhile has recommended that its members accept the deal, while the Royal College of Nursing (RCN) is balloting members on a revised proposal.

Mick Lynch, head of the Rail, Maritime and Transport union (RMT), praised the work of devolved administrations in Scotland and Wales during negotiations with rail workers that brought strike action involving ScotRail to an end.

Sturgeon said she would like to see similar willingness from her counterparts in England to end the threat of industrial action, pointing out National Rail strikes scheduled for this week will have a knock on effect in Scotland.

“This week, Scotland is likely to be the only part of the UK that doesn’t have strikes in its NHS because we have sought to reach an agreement,” she said.

“Unions are still balloting on these offers in Scotland but they are not striking this week because they recognise that the Scottish Government has sat down and tried to deliver fairness.

“The other difference between me and ministers at UK level is that I have a deep and very profound respect for trade unions and the role of collective bargaining.

“We have not, unlike counterparts elsewhere, held back in these disputes. We have sought to maximise the pay increases we are giving and I would ask and hope that teachers, like in the NHS, will recognise that and that we seek to reach a resolution on that basis.”

She added: “I think it is profoundly wrong for UK government ministers to say that public sector workers are responsible for the inflationary pressures we see or the wider economic issues we are dealing with. Partially because of the folly of Brexit, we have labour shortages across the public sector so if we don’t ensure that salaries in he public sector.

“I would make a plea to the UK Government today to get round the table with these workers in order to see these issues resolved.”

James O’Connell, Unite’s lead negotiator in Scotland, said he was pleased to bring negotiations to a close, but cautioned that the saga should “serve as a warning” to the Scottish Government over holes in the NHS.

“Platitudes are not sufficient,” he said.

“Words need to be backed up by action and the threat of industrial action didn’t need to be on the cards if the workers were made a fair offer in the summer.

“We will be holding the Scottish Government accountable for the commitments they have made and we urge them to start negotiations in the next couple of months to address the ongoing concerns within NHS Scotland.”