Nicola Sturgeon led tributes at what she called a 'particularly poignant' event in Edinburgh. 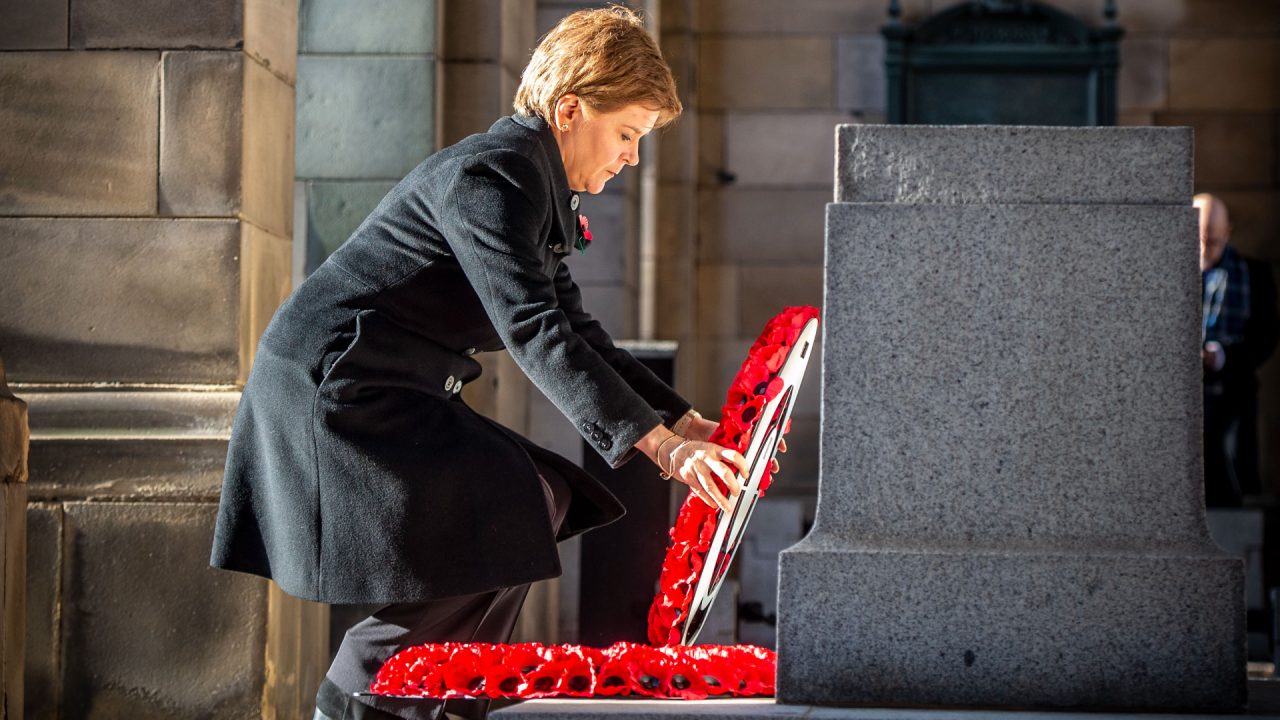 Nicola Sturgeon has led tributes saying that as the fallen of previous wars in Europe are remembered, the conflict in Ukraine is a reminder of the horror they bring.

The First Minister was among many who laid wreaths of poppies at what she called a “particularly poignant” Remembrance Sunday event in Edinburgh as Scotland stood silent to remember the fallen.

Officials, veterans, members of the Armed Forces and the public gathered at the stone of remembrance outside the city chambers, the first such gathering since all Covid restrictions were lifted.

“There are very few, if any, now alive who remember first hand the horrors of the Second World War and certainly not the First World War, but the importance of remembrance is as strong as ever,” Sturgeon told STV News.

“Of course, this year we have seen the horror of a land war in Europe for the first time in many decades, and that is a reminder of the horrors of war.

Members of the three branches of the Armed Forces marched down the Royal Mile before a short service took place outside the city chambers, led by Rev Calum MacLeod.

After the one o’clock gun was fired from Edinburgh Castle at 11am, a two-minute silence was observed.

Presiding officer Alison Johnstone placed a wreath on behalf of the Scottish Parliament, after which representatives from a number of other organisations came forward to lay wreaths.

Ahead of the event, the First Minister said it was important to remember those who made the “ultimate sacrifice” to secure freedom.

She said: “I think it is particularly poignant that people are gathering together to remember in large numbers, in a way that hasn’t been possible for the last few years.

“Remembrance has continued during Covid but, of course, these big-scale events have not been possible.”

The Scottish Government’s veteran minister, Keith Brown, has travelled to the Falkland Islands to attend a remembrance event.

The former Royal Marine is a veteran of the 1982 Falkands War.

Commemorations took place across Scotland on Sunday morning, including at Glasgow’s garden of remembrance at George Square.