First Minister Nicola Sturgeon: 'The Queen was special to Scotland'

The First Minister said that the Queen was 'unflinching in her dedication to duty'. 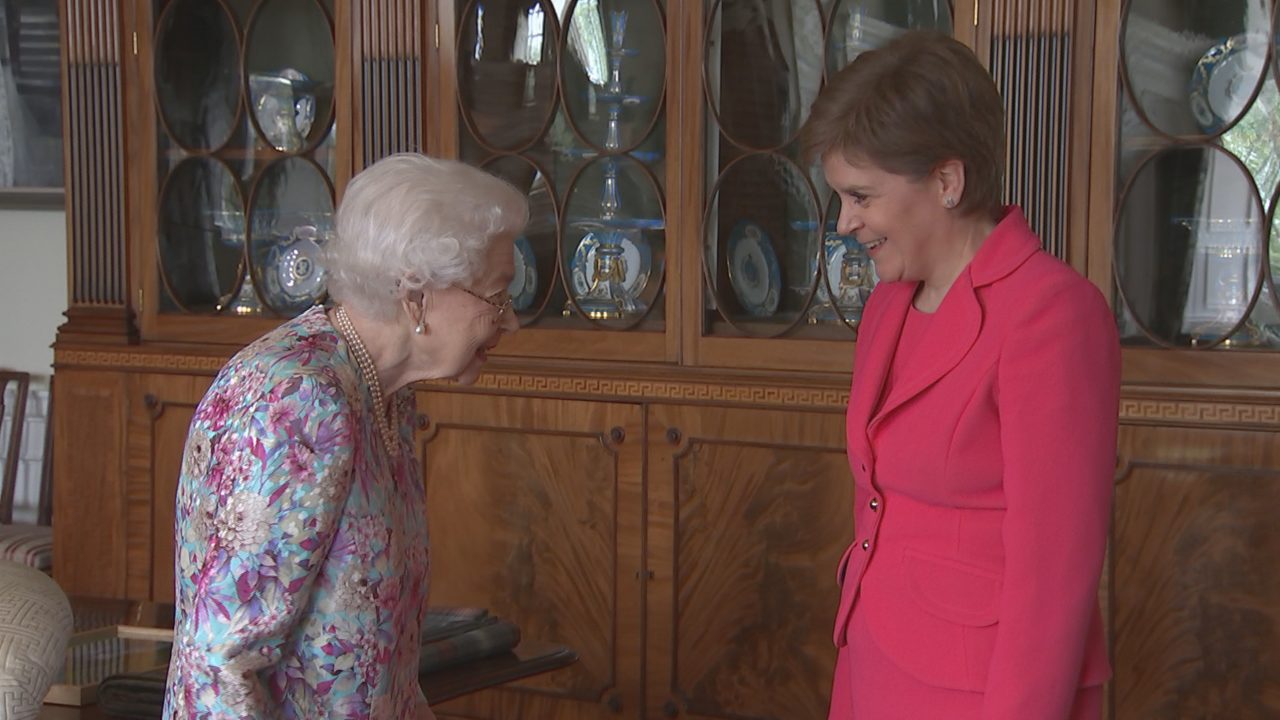 The First Minister praised the late monarch for her “dedication to duty” after the news of her death at 96.

Buckingham Palace confirmed the Queen passed away peacefully at her Balmoral Castle residence in Aberdeenshire on Thursday.

As a mark of respect, all business at the Scottish Parliament has been suspended until further notice.

Flags are flying half-mast on all Scottish Government buildings.

In a statement, Scotland’s First Minister said that millions around the world will share in the grief of the Queen’s death.

“Her Majesty The Queen gave decades of her life in service and has died today here in Scotland as our longest-serving monarch,” said Sturgeon.

“Our condolences are with The King, The Queen Consort and the wider Royal Family. Millions around the world will share their grief but only they will feel the loss of a mother and grandmother.

“The Queen was unflinching in her dedication to duty, unwavering in her commitment to public service and unmatched in her devotion to the people of this country and the wider Commonwealth.

“We are all saddened by today’s news and will come together in the days ahead to mourn.”

Sturgeon said that the contribution of the Queen to Scottish public life extended throughout the country and was deeply felt by thousands.

“It is right and proper that we celebrate the unparalleled contribution she made in her 70 years as Sovereign,” she said.

“The Queen came to the throne following the Second World War, reigned through decades of social change and lived to be the monarch who opened our Scottish Parliament in the age of devolution.

“Largely through her belief in the value of diverse nations coming together to celebrate humanity, The Queen played a leading role in creating the modern Commonwealth – 53 countries across six continents working together.

“Scotland was special to her and she was special to Scotland. Throughout her life, she had a particular fondness for Aberdeenshire and her home there at Balmoral, where she spent her final days.

“But her contribution to Scottish public life extended throughout our country and abroad and was deeply felt by thousands.”

The First Minister expressed her thanks to the Queen for her devotion to duty and her decades of public service.

“In the coming days there will be ample opportunity for people to pay their respects by attending events across the country,” she continued.

“Today is a day for reflection and remembrance. It is also a day for giving thanks to The Queen for her devotion to duty and the decades of public service she gave to the people of Scotland.”