Nicola Sturgeon said Prince Philip had a 'close association' with Scotland and praised him for inspiring young people. 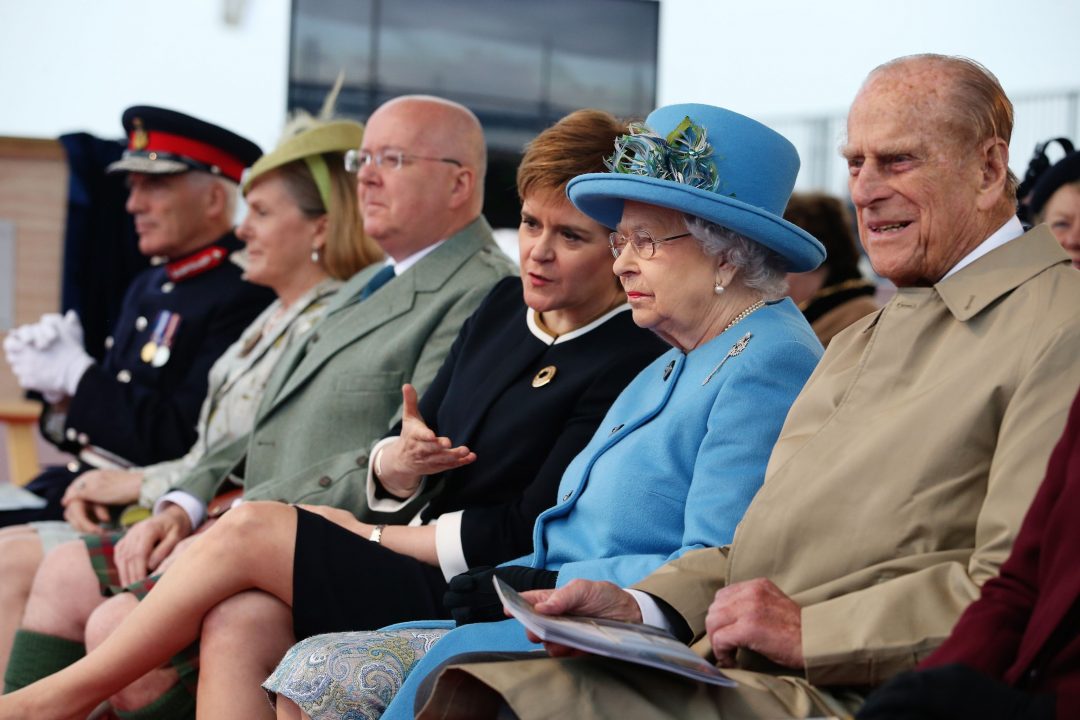 Nicola Sturgeon has paid tribute to the Duke of Edinburgh, who died peacefully on Friday morning.

The First Minister said Prince Philip had a “close association” with Scotland and praised him for giving hope and inspiration to countless numbers of young people across the country.

Scottish election campaigning was suspended after the Queen’s husband’s death was announced.

She told STV News: “I am deeply saddened by the news that the Duke of Edinburgh has died and my deepest personal condolences go to Her Majesty the Queen and the entire royal family.

“First and foremost, he was a husband, a father, a grandfather, a great-grandfather and my thoughts are with all of those today who will be feeling a profound sense of loss and grief.

“In particular, the Queen, her husband of 74 years and I think we can all imagine just how devastated she will be at his loss.

“Prince Philip lived a life of public service and deep devotion to the Queen. He had a close association with Scotland, he went to school in Scotland, I know he enjoyed all of the time he spent at Balmoral, he had a very long association as chancellor with the University of Edinburgh.

“Above all of that, the Duke of Edinburgh awards scheme transformed the lives and gave hope and inspiration to countless numbers of young people.

“So I think that we should deeply appreciate the massive contribution that he made to public life and to the whole country.”

“Our condolences and thoughts go to Her Majesty the Queen on the loss of her beloved husband and actually to the entire royal family. On behalf of the Scottish Labour Party we send our deepest condolences to them all.

“I think right across the county people will feel the pain and loss that Her Majesty the Queen is feeling today on the loss of her life partner, and indeed for the entire royal family.

“They have lost a husband, a father, a grandfather. They are all mourning and we mourn with them today.”

Speaking from the grounds of Gordonstoun, Scottish Conservative leader Douglas Ross said: “Our extreme sympathies to Her Majesty the Queen and the entire royal family.

“And of course Prince Philip loved Scotland. He had a great affection for Scotland, holidaying obviously at Balmoral, but here at Gordonstoun, it’s where he started off his education.”

Scottish Greens co-convenor Lorna Slater said: “We recognise that the passing of the Duke of Edinburgh will be felt deeply by some across the country and express our sympathies with his family, who join many others who have lost loved ones in this last year.”

He said: “There is no doubt he was dedicated to his wife, to the Queen and to the country. Quite an amazing life and it’s a sad day.”

Former first minister and Alba Party leader Alex Salmond praised Philip’s service to the UK, saying: “On behalf of the Alba Party, my condolences go to Her Majesty the Queen. The Duke of Edinburgh was the longest serving consort in history and no-one can question that record of public service.”