The meteor could be seen streaking through the clouds across the country on Wednesday night. 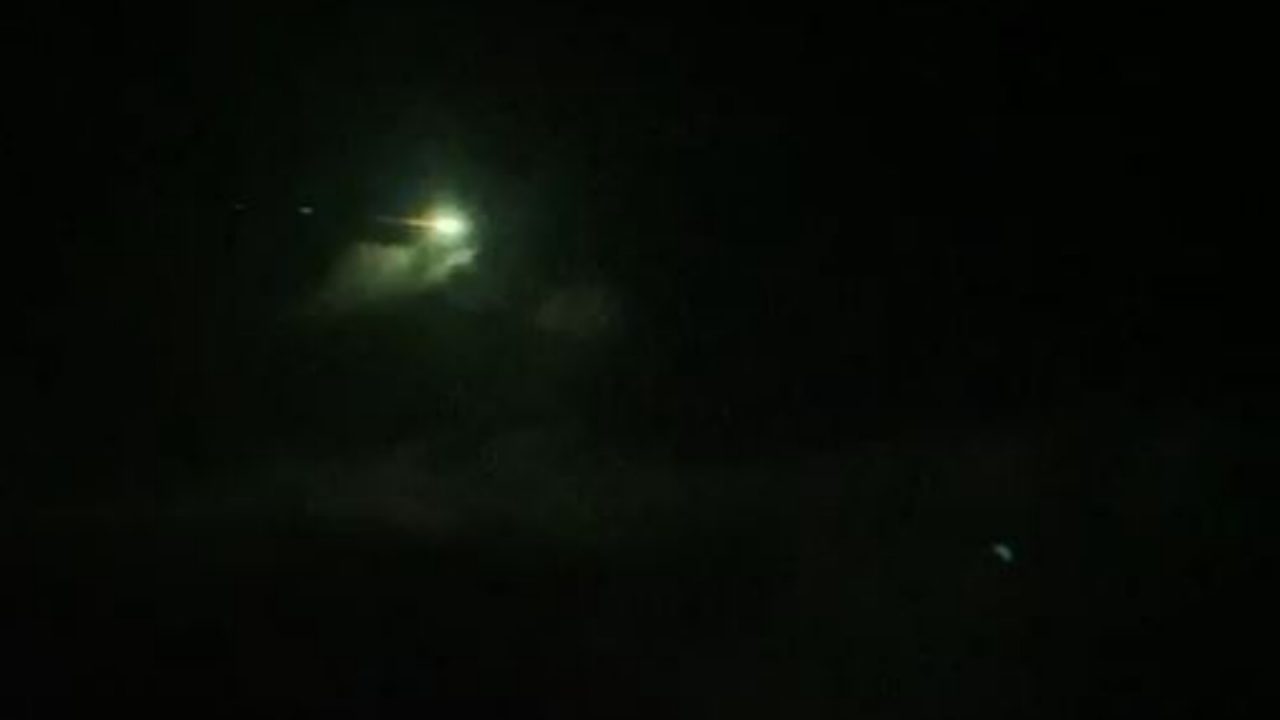 A “fireball” that was spotted streaking across the night sky in Scotland has been officially confirmed as a meteor.

The UK Meteor Network said it had had more than 200 reports of people seeing a “fireball” above them late on Wednesday evening.

Witnessed at around 10pm heading west, the light was also spotted in Northern Ireland.

The network confirmed on Thursday evening that it was “definitely a meteor”, after initially being of the opinion that it was “space debris”.

They said: “The final analysis is in! The fireball over NI and Scotland last night was definitely a meteor. The fireball observed yesterday (Wednesday) above the UK lasted over 20 seconds and traveled NW, passing directly over Belfast.

“The end was not observed on our cameras, but it definitely ended over the North Atlantic Ocean some 50-100 km west of the Isle of Islay.

“It came on an asteroidal orbit and entered the atmosphere at 14.2 km/s. The observed portion of the trajectory covered over 300 km. If any meteorites did fall, they ended up in the ocean.”

Steve Owens, an astronomer and science communicator at the Glasgow Science Centre, said that it is “not impossible” that the meteor landed.

He told the BBC’s Good Morning Scotland programme: “The UK Meteor Network, which has had hundreds of reports from around Scotland and further afield, is going to be able to triangulate all of those reports to work out its trajectory.

“It was certainly headings towards the west and given that people in Northern Ireland were reporting seeing it, it could well have passed over land and ended up in the Atlantic.

“But it’s certainly not impossible that it landed. Finding it will be the challenge.”