Scotland lost 2-0 to the Czech Republic at Hampden Park in Glasgow. 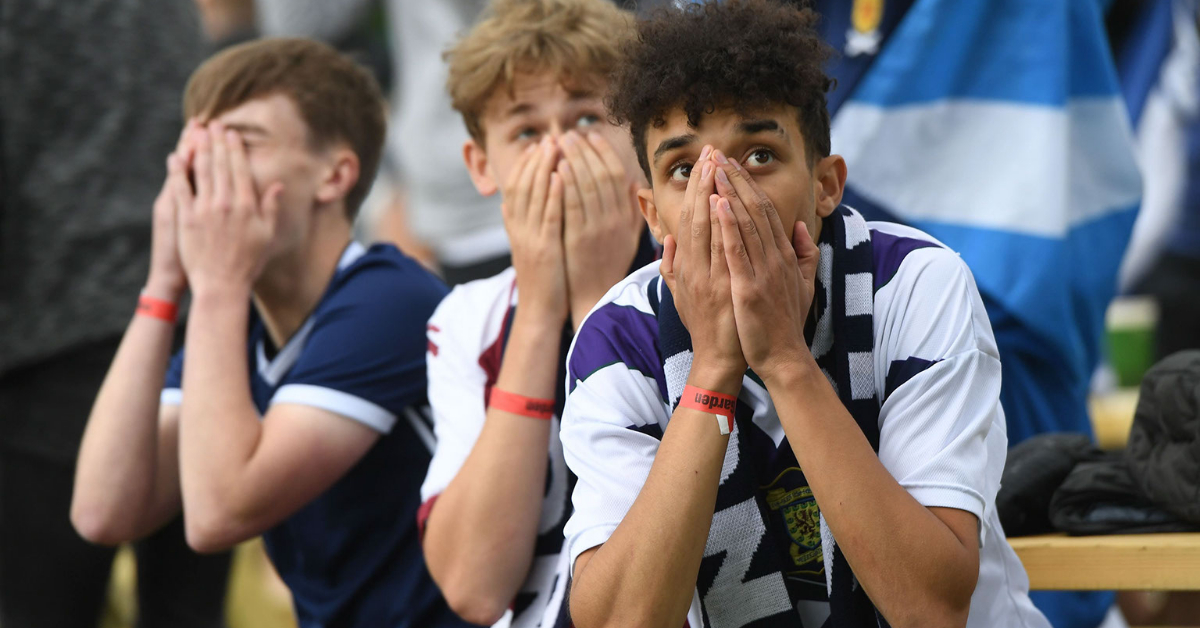 Scotland fans were left disappointed as their team lost their opening match of Euro 2020.

Hopes were high as Scotland’s men’s team appeared at their first major tournament in 23 years but they were beaten 2-0 by the Czech Republic.

The game at Hampden Park in Glasgow was the team’s first at a major tournament since the 1998 World Cup.

They now face England at Wembley on Friday.

Earlier, thousands of Scotland fans belted out the national anthem at Glasgow’s Euros fan zone ahead of kick-off.

Up to 3000 people at a time were allowed into the designated fan area at Glasgow Green.

Eddie Smith, 25, from Dunfermline said it was “unbelievable” to be in the fan zone with five of his friends after acquiring tickets.

He said: “It needed to go ahead here and it’s unbelievable it has. The security is great, everyone is sitting down spaces apart.

“If you didn’t have this everyone would be firing into a pub or a flat, with a lot more than six people.

“The government advice has been to stay outside and here we are all distanced with table service, I’m happy we have this here. I was the only one of my mates to get the tickets.”

Mr Hill said: “It’s basically a massive beer garden, although I was a bit shocked it’s £13 for a pizza. Pints are £6 which is all right.

“We’ve not come into close contact with anyone outside our group, everything’s getting brought to us.

“If you weren’t here you would be in a pub or a flat, and they’ve got track and trace and security so it’s brilliant.”

Concerns have been raised about the safety of the event amid the pandemic, with fans not required to take a lateral flow test before attending, but organisers have said they are confident it is a safe environment.

Some 12,000 fans were at Hampden for the game – reduced from capacity due to comply with coronavirus restrictions – and Scotland’s First Minister urged caution from supporters in and out of the stadium.

In a video message on Twitter, Nicola Sturgeon said: “Every single Scotland fan has waited such a long time for this moment.

“Every fan deserves to enjoy this and I hope everybody does enjoy it.

“I’ll be watching along with everybody else.”

She added: “I’m the one that’s got to say it of course – we’re still in the Covid pandemic.

“So, as you enjoy, we hope, lots and lots of Scotland goals, please try and do it safely, for your own sake but for those you love as well.”

The First Minister also sent words of encouragement to the squad, saying: “After 23 long years, the big moment has arrived – our men’s team back where they belong on the big stage.

“To Steve Clarke and the whole team – thanks for getting us here, you’ve done us proud already but the very, very best of luck for every kick of the ball.

“The whole country is behind you, we’ll be cheering you on every step of the way.”