Flags were being waved and car horns tooted as Italians and Scots gathered. 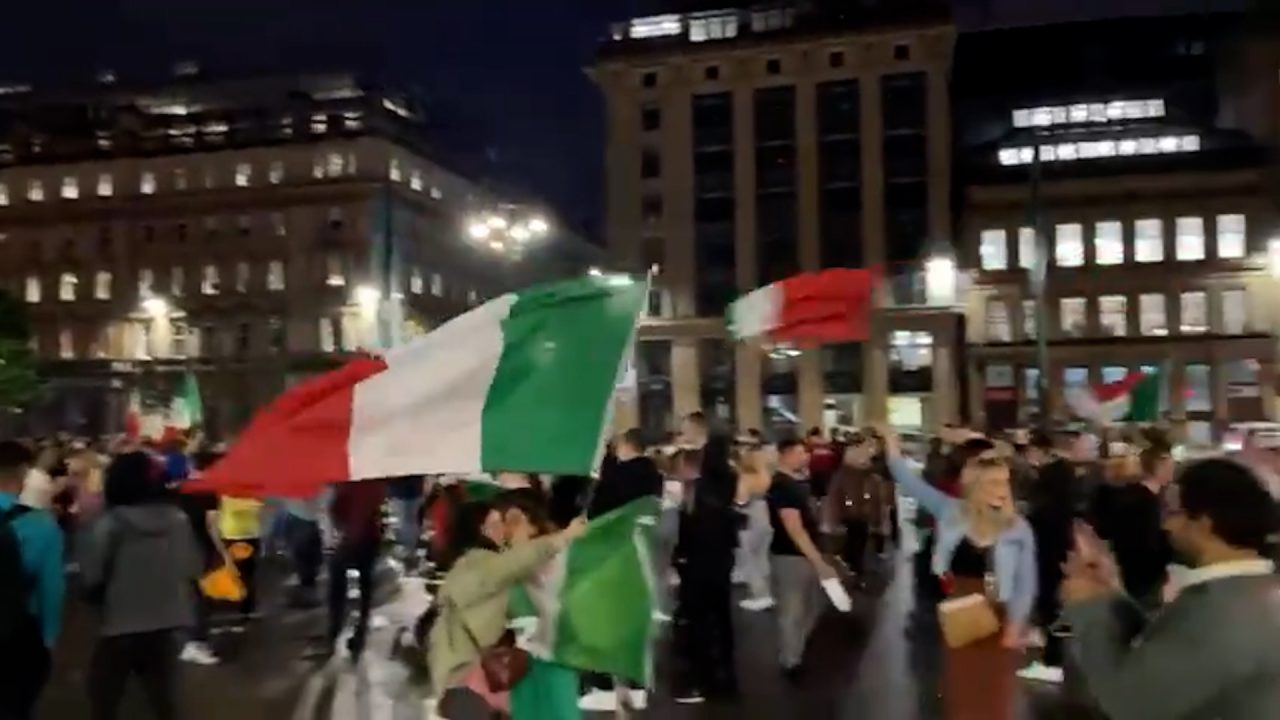 The teams were even at the end of extra time with Gareth Southgate’s side eventually losing in a dramatic penalty shoot-out.

England fans were left heartbroken with dreams of football coming home dashed with it going to Rome instead.

Around Scotland, Italians and Scots celebrated with crowds gathering in Glasgow’s George Square and Queen’s Park.

Tricolore flags were waved and car horns tooted with some fireworks even set off in the city. One man even dressed as the Pope and ‘blessed’ the excited fans.

Toni Giugliano shared a video of the cheering, asking: “Is this Scotland or Rome?”

Scots were split on their support during the Championship final, with some pubs and restaurants being decorated with Italian flags while others opting to support their fellow UK nation.