Laura Bowles was delighted when her parents arrived in France to meet their granddaughter but quarantine now beckons. 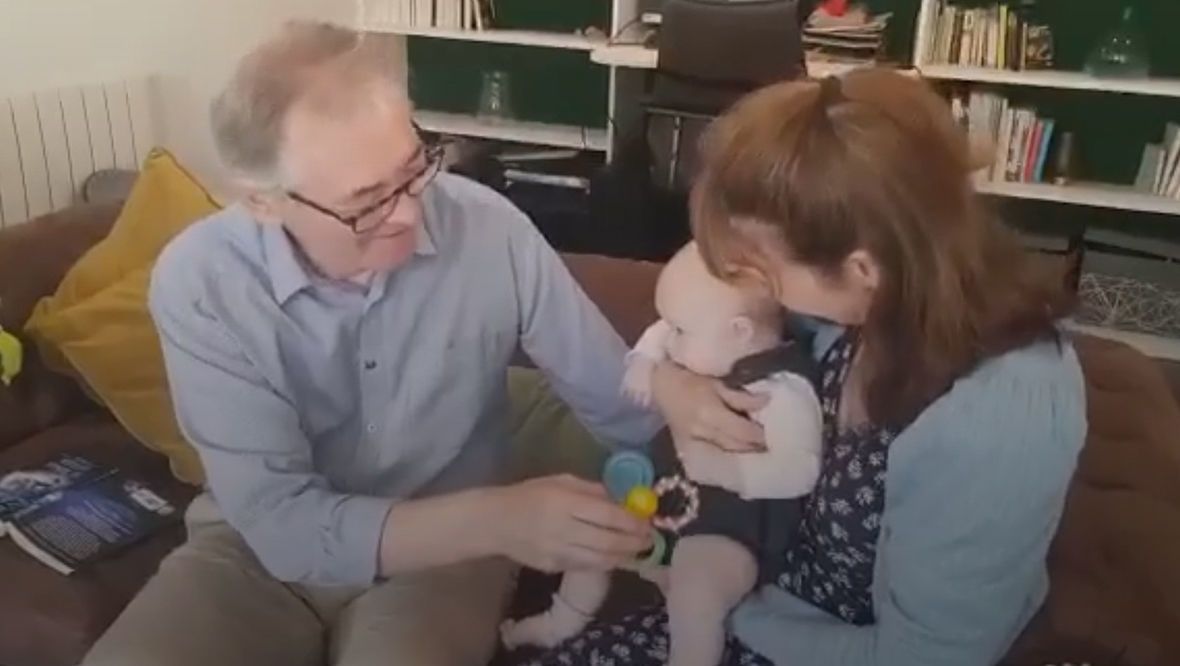 Laura Bowles was delighted when her parents finally got to meet her daughter for the first time.

She lives in Chamonix, France, so it had been a long-time coming due to the pandemic.

But after 17 months apart it didn’t take long for the angst and worry to kick back in after France was subject to new travel restrictions from the Scottish Government.

Laura told STV News: “It was incredible when my parents turned up at our house and met our daughter for the first time. It was just the most amazing feeling, there were lots of tears and everyone was so excited and lots of hugs. It just felt incredible to all be together again.”

John MacLean and his wife, who have received both doses of coronavirus vaccine, had travelled to France from their home in Linlithgow, West Lothian, to meet their two-month-old granddaughter.

But they will now have to self-isolate for ten days once they return to Scotland.

They boarded the flight out when France was on the Government’s amber list of countries, from which fully-vaccinated people no longer need to self-isolate upon their return home.

But late on Friday night, it was announced that travellers returning from France would still have to self-isolate despite the rule change.

The decision was announced less than 36 hours before changes were due to come into effect.

Laura’s parents are now having to find people to help care for both of their elderly mothers while they are isolating for those ten days.

John said: “When she (Laura) had such a difficult birth, we just wanted to be here, and of course we needed to be here to meet our new granddaughter and she’s a wee angel.”

“We were delighted when we thought we were going to be able to avoid that. But well again, as Laura was saying, we have parents that we are carers for, so we’ve had to make alternative arrangements for that.”

Laura is also frustrated that no other family and friends who would have flown out to visit will now be put off by the changes.

She said: “Me and my husband, we’re really frustrated now. We were so excited last week when it all changed. We were looking at flights, we started thinking ‘brilliant’ we’re going to see the rest of our family.

“We’re going to see our friends. And then that was taken away from us again so quickly. We were so excited and now we just feel quite deflated and back to square one.”