Sarah Coutts and her family are hoping to help those fleeing from the Russian invasion of Ukraine. 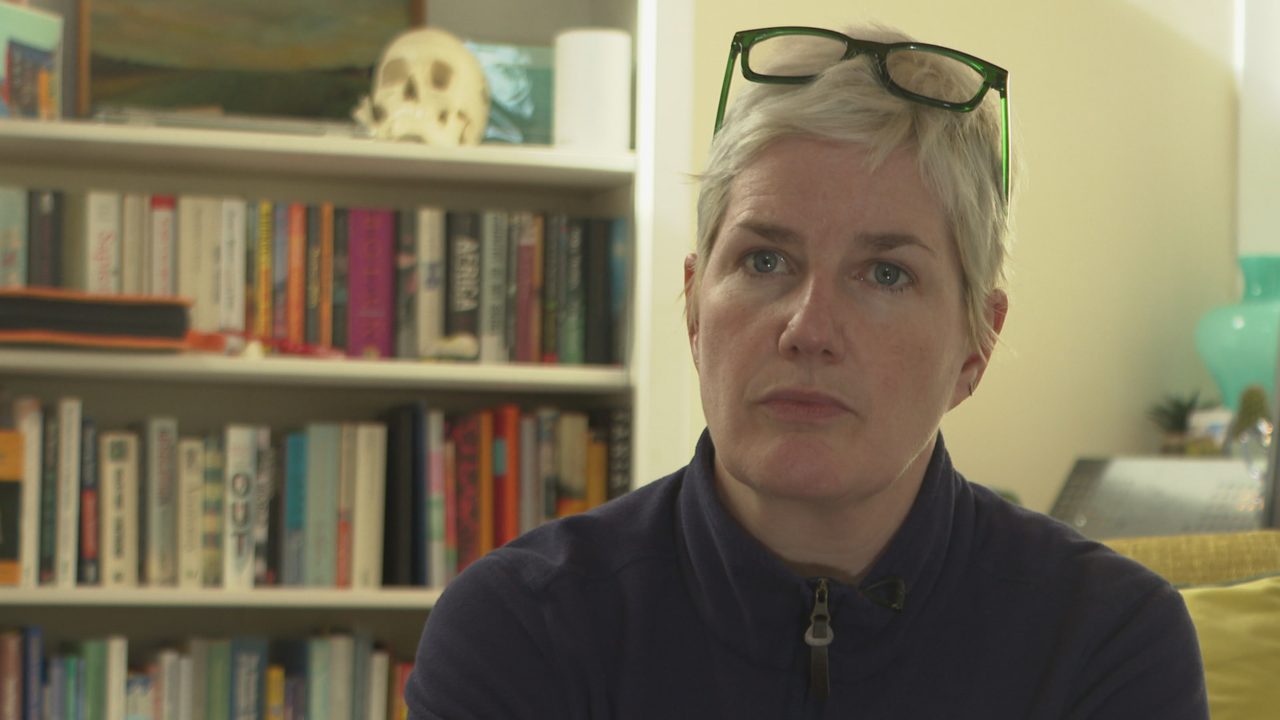 “If we can make space, then we should try do do it.”

That’s the view of Sarah Coutts whose family is seeking to help Ukrainians fleeing from the invasion of their country by Russia.

The conflict has sparked a major humanitarian crisis, with an estimated 2.8 million refugees.

Poland has taken in a majority of those leaving Ukraine, with over 1.7 million having crossed the border into the neighbouring nation.

But, there are calls for the UK to do a lot more in helping give refuge to those who have lost their homes.

As of Sunday afternoon, the Home Office indicated that a total of 4000 visas have been granted via the Ukraine Family Scheme.

Meanwhile, Scotland’s First Minister Nicola Sturgeon is amongst those who have urged the UK Government to wave visa requirements for Ukrainian refugees.

And the SNP leader announced the Scottish Government is ready to become a “super sponsor” in aiding those seeking sanctuary, as she pledged that Scotland stands ready to take in 3000 Ukrainian refugees immediately.

UK Government Cabinet minister Michael Gove will on Monday set out details of a new sponsored humanitarian route for those fleeing the invasion who do not currently have family in the UK.

It is expected that the Government will also ask the British public to open their homes to Ukrainian refugees, with a new hotline and webpage for the offering of rooms due to be set up.

Speaking to STV News, Sarah Coutts, who lives in North Berwick, has had discussions with her family about helping those in need of a place to stay.

“What’s really motivated me is knowing how much all the other bordering countries in Europe are doing, yes because they want to, but because this is literally happening on their doorstep,” she said.

“And so they are just naturally taking people into their homes and into their hearts. We’re an island nation, it’s easy to feel removed from this, but I think if we can and if we can make space, then we should try to do it.”

Sarah acknowledged the importance of taking into account the views of all family members in making the offer.

She said: “Don’t get me wrong, this is a big commitment. We are making sure that we think about it properly and unemotionally really, which is maybe a difficult thing to say because if you open your doors to a family, particularly if you have your own family, it’s an important consideration.

“The financial side of things, it’s not the incentive, it shouldn’t be the incentive, but again I haven’t really looked into that side of it properly.”

Refugees who enter through the new UK Government route will be allowed to stay for an initial period of 12 months during which they will be entitled to work, claim benefits and access public services.

And Sarah underlined the reality that for those who open their homes to those fleeing the country, there should be an understanding that it could be a long-term commitment.

“I mean, these people who have been displaced, hugely traumatic for them, families being split apart, they don’t know if they’re actually going to have anywhere to go back to.

“I mean, obviously they will want to desperately go back to their homes, but will they actually have homes to go back to? And that’s going to be the big question.

“If you’re going to do this, you have to be prepared for the possibility that this would be more long-term than that.”

Sarah explained that there would need to be changes made in her family’s home in order to help.

But, she indicated that offering refugee to those leaving Ukraine feels like “the right thing to do.”

She said: “There are practical things that we would have to sort out in our house, we need to reorganise our rooms completely.

“So that would mean basics like furniture moving around, but really apart from that it doesn’t need to be too complicated I don’t think.”

She added: “This would be our choice, this is not a virtue-signalling thing at all.

“I just think if we are able to do it as a family and we are all in agreement as a family, it just feels like it’s the right thing to do.”