Pupils will still need to wear them in corridors when moving around. 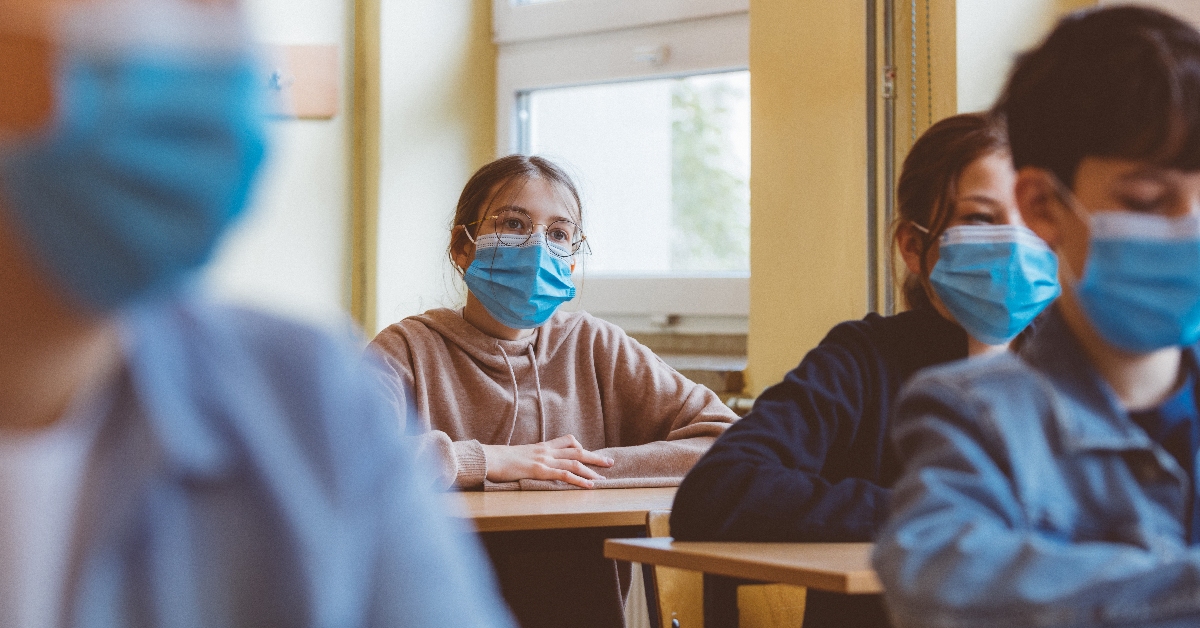 The requirement for secondary school children and staff to wear face masks in classrooms will be dropped from the end of February, Nicola Sturgeon has announced.

Pupils will still need to wear them in corridors when moving around the building.

Currently, all staff and learners in secondary schools must wear face masks at all times as well as on school transport.

Face coverings must also be worn by parents and other visitors to all school sites, whether entering the building or otherwise, including parents at drop-off and pick-up.

The First Minister said when all pupils have returned from the half-term break on February 28, neither they nor staff will have to wear masks in class.

She said this decision was taken in line with scientific advice after an expert advisory group discussed the issue on Tuesday.

She told MSPs the move would “reduce barriers to communication in the classroom and reduce any wellbeing impacts which arise from the use of face coverings”.

But, Sturgeon said anyone who still wanted to wear a face covering in class could still do so.

It follows calls from opposition parties to drop the requirement.

At First Minister’s Questions, Douglas Ross, leader of the Scottish Conservatives, said the Government had “u-turned” after weeks of “refusing to budge”.

He welcomed the change but said it had taken far longer than necessary.

Sturgeon said that Ross urging for the dropping of masks in classrooms for weeks was a demonstration not that he was right but of his “deep irresponsibility”.

She said: “Had we made it weeks ago, we’d have done so at a time of soaring infection rates among school age children and would have put them and those that work with them at risk.

“We would have been acting against expert and scientific advice.

“We are doing it now at the right time and in line with advice.”

The First Minister previously said: “no one wants young people to have to wear face coverings in the classroom for a moment longer than necessary”.

The dropping of the need for masks among the general public in particular settings could follow.

In January, infections expert Dr Christine Tait-Burkard said that she expected face covering rules to be removed from schools by February and for the general public “relatively soon thereafter”.