Extra police on streets for first night of 10pm curfew

A closing time of 10pm came into force for pubs and restaurants in Scotland on Friday. 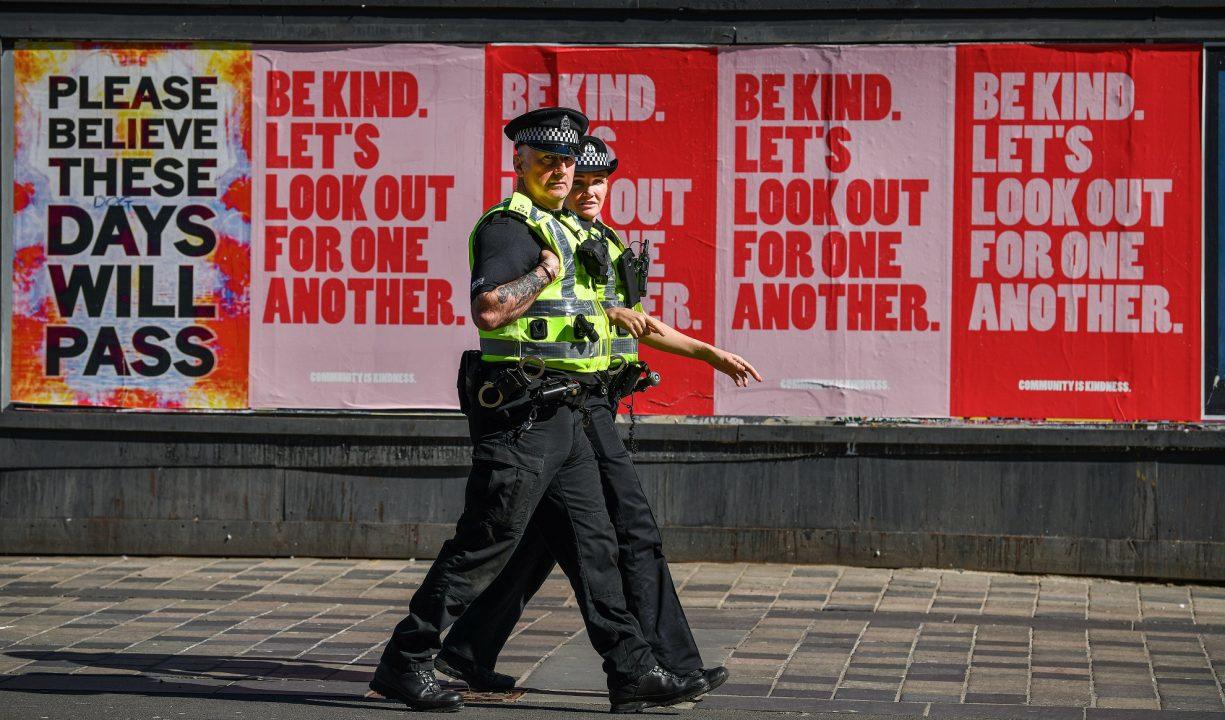 Police patrols have been stepped up on Scotland’s streets after bars and restaurants were put under a new 10pm curfew.

The industry has warned the curfew could be a “fatal blow” for many of its businesses.

But the government says the policy’s aim is to limit transmission of the virus in hospitality settings while still allowing venues to continue trading.

In further measures this weekend to stem a swathe of outbreaks at university campuses, students are prohibited from going to pubs, cafes or restaurants or from socialising with anyone outside their accommodation.

It was made mandatory last week for customers at pubs and restaurants to wear face coverings when not seated at their table and for staff on shift.

Venues are also forbidden from playing background music, must enforce strict rules on hygiene and distancing and record customers’ details for the test and protect programme.

It comes after social gatherings were restricted to no more than six adults from a maximum of two households.

Meanwhile, private indoor gatherings between households are not allowed in Scotland at all.

However, Iain Livingstone admitted the curfew could see an increase in house parties or gatherings as customers refuse to end their nights early.

He said: “Additional officers will be deployed across Scotland to support colleagues from local authorities and to monitor compliance.

“I think it’s important for me to say that the vast majority of licensees have acted with great responsibility during this very challenging period – I pay credit to them and undertake that policing will continue to support and work with the licensed trade.”

The chief constable said that officers would “continue to use good sense” when enforcing the new rules.

Later in the briefing, the head of Police Scotland said there was “a danger” that parties would increase after the early closing of bars.

“The reason that we’re going to ask our officers to be around at the 10pm curfew tonight is that it’s a change and with any period of adjustment… there will always be some that won’t (follow regulations).

“We’ll go and speak to people and encourage them to do the right thing and if they’re not, ultimately, then we’ll take enforcement action.”

Mr Livingstone also said that he would not tolerate any abuse levelled at police officers or staff who try to enforce the new measures.

He said: “It won’t be tolerated.

“I have made a public pledge of my fundamental commitment of that and will continue to take action against those who look to do harm to people who ultimately are doing their job for the public.”