Fans out in force to watch Scotland chase football history

Scotland must beat Croatia at Hampden on Tuesday night to stay in Euro 2020. 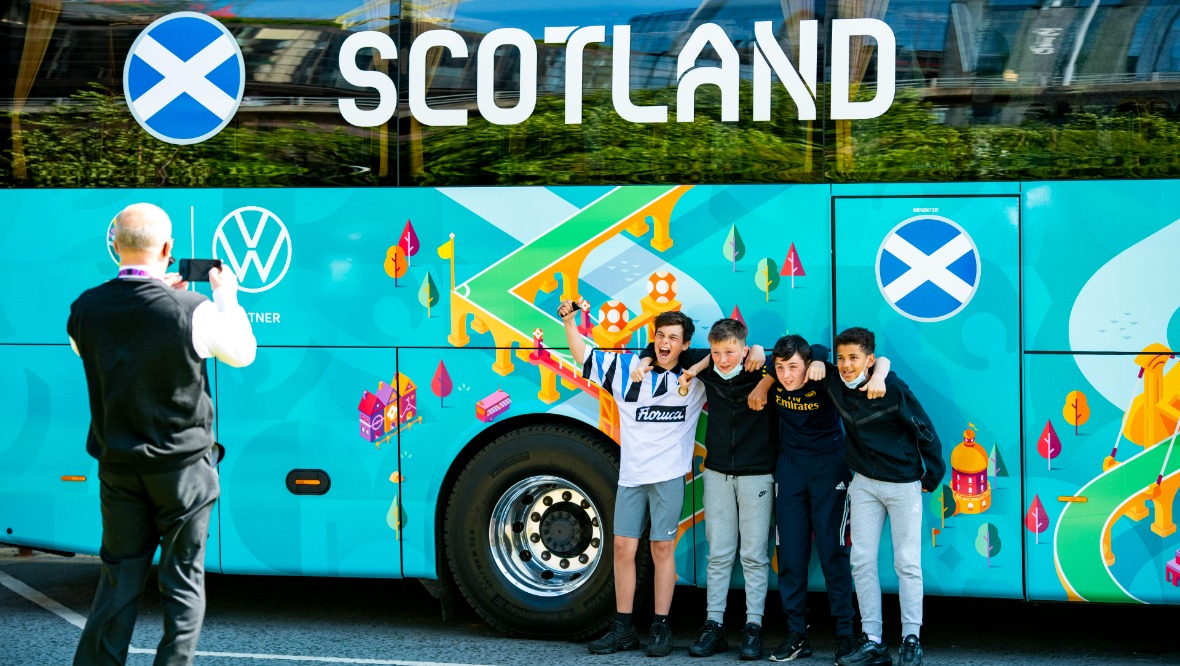 Fans are out in force across Scotland as the national men’s football team attempts to make history.

If they beat Croatia at Hampden on Tuesday night, they will qualify for the knockout stages of a major tournament for the first time.

Around 12,000 supporters are inside the national stadium for the final Euro 2020 group game, with thousands more gathering at the official fan zone in Glasgow Green.

Millions of Scots are tuning in to watch the action live on STV and the STV Player from 7pm.

Fans were soaking up the atmosphere early amid growing anticipation that it could be one of the greatest nights in Scottish football history.

Scotland manager Steve Clarke said he expected the Tartan Army to spur the team on at Hampden – even though it will only be a quarter full.

Clarke hailed the atmosphere at the opening game there against Czech Republic and the noise made by around 3000 Scotland fans at Wembley for Friday’s 0-0 draw with England.

“If they can make half the noise that the 3000 supporters did at Wembley then it will be a great atmosphere,” he said.

“What I would say to the Tartan Army is we need your backing from the first minute to the 95th minute. We need you all the way.”

‘Cup final for both teams’

Clarke said he expected tactics “to go out the window” in the final stages at Hampden it both sides sense victory.

A win for either side will see them qualify for the last 16 of Euro 2020 and the Scotland manager believes both sides will go for the other’s throat.

“It could become a little bit like an open basketball game, end to end with both sides trying to get the winner”, he said.

Nicola Sturgeon wished the Scotland team well ahead of their “absolutely massive” Euro 2020 match, but urged fans to enjoy the game safely.

Speaking in the Scottish Parliament after delivering an announcement about the future of coronavirus restrictions, the First Minister said the country would be “cheering Scotland on”.

But she pleaded for fans to behave responsibly while watching the match, following the guidance on gatherings and social distancing, and said she is “frustrated” by scenes of supporters gathering en masse, breaking the coronavirus rules.

Sturgeon said: “The virus is still out there and it is spreading, so please continue to follow advice on physical distancing, hand washing and face coverings.

“Try to meet others outdoors as much as possible; we know that no environment is entirely risk-free – but outdoors is much less risky than indoors.

“If you are meeting indoors though, please stick to the limits and make sure the room is well ventilated.

“That does apply when watching the football, too.

“We all know tonight’s game is absolutely massive. Let me take the opportunity on behalf of all of us to wish Steve Clark and the team well.

“We will all be cheering Scotland on, but please do it safely.”