Around 138,000 pupils from schools and colleges opened their results for National and Higher exams on Tuesday. 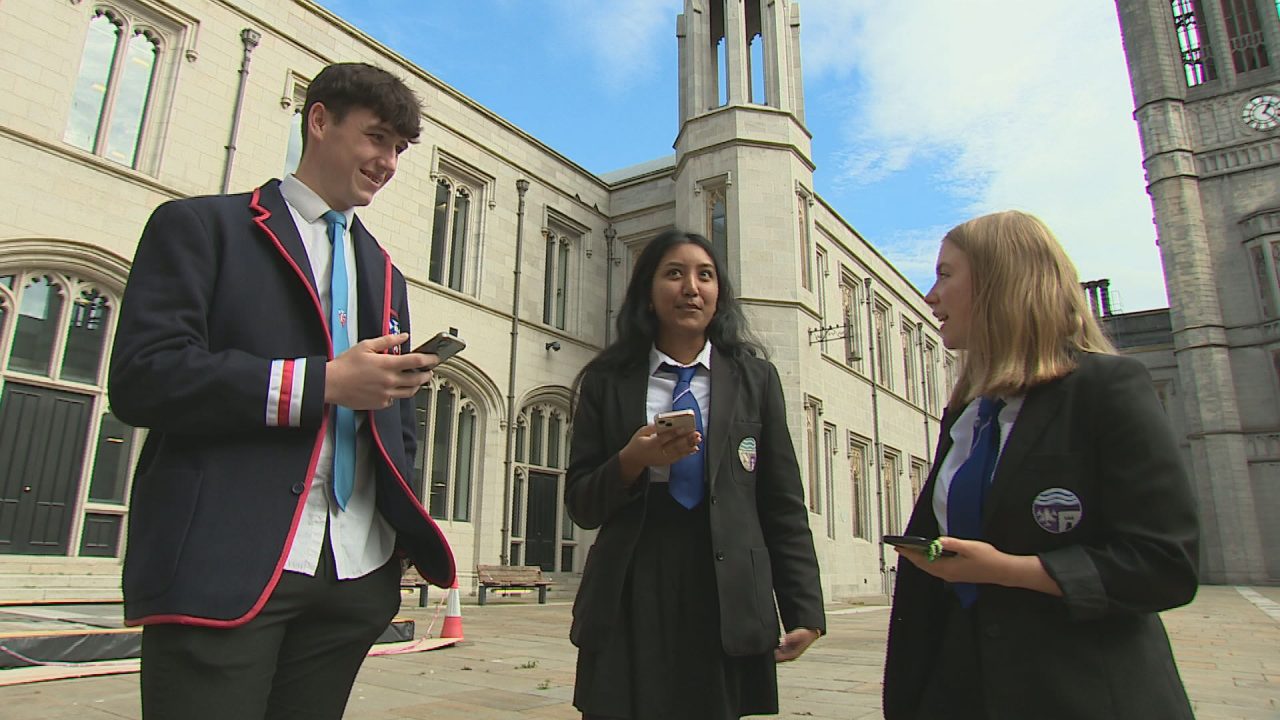 More than 100,000 high school pupils across Scotland have been receiving their exam results following the first full exam diet since the coronavirus pandemic.

A more generous approach to grading has been adopted this year compared to pre-pandemic and there will be a free appeals service.

Figures from the Scottish Qualifications Authority (SQA) show attainment of A to C grades was 78.9%, which is lower than in 2021 but higher but slightly above pre-pandemic levels from 2019.

Yana Makhmud, a pupil at Oldmachar Academy in the Bridge of Don area of Aberdeen, received five As in her Highers.

She said: “I had a lot of doubt, like I was going to fail but I didn’t. I was at a (predicted) C in maths the entire year but I got an A so it was amazing.

“I’m going to apply to medicine (at university) next year hopefully. It felt like a lot of pressure, especially as it was the first exams I’ve ever done. We had no idea what we were going into but overall it went well.”

Radek Nawrocki got two As and two Bs, which means he has been accepted to study business and economics at the University of Aberdeen.

He said: “I was quite confident but obviously when the text comes through you never know. I woke up at quarter to eight and got the text. I went through and told me dad and he told me he was proud.”

This year, more than two million exam papers have been marked by nearly 6,000 experienced teachers and lecturers.

Up to 138,000 certificates will be issued, including for a range of vocational courses.

Pupils at Auchmuty High School in Glenrothes, Fife, were also among those nervously checking their mobile phones on Tuesday morning.

“It’s been difficult, especially with lockdown, I was worried about falling behind with the coursework. But the teachers have been really helpful as well.”

A common theme among pupils was feeling stressed at having to sit physical exams. This is the first year exams have returned since the outbreak of the pandemic, with a system based on teacher judgments being used for the previous two years.