From Monday, evictions can be enforced in areas placed in tier 2 Covid restrictions or below. 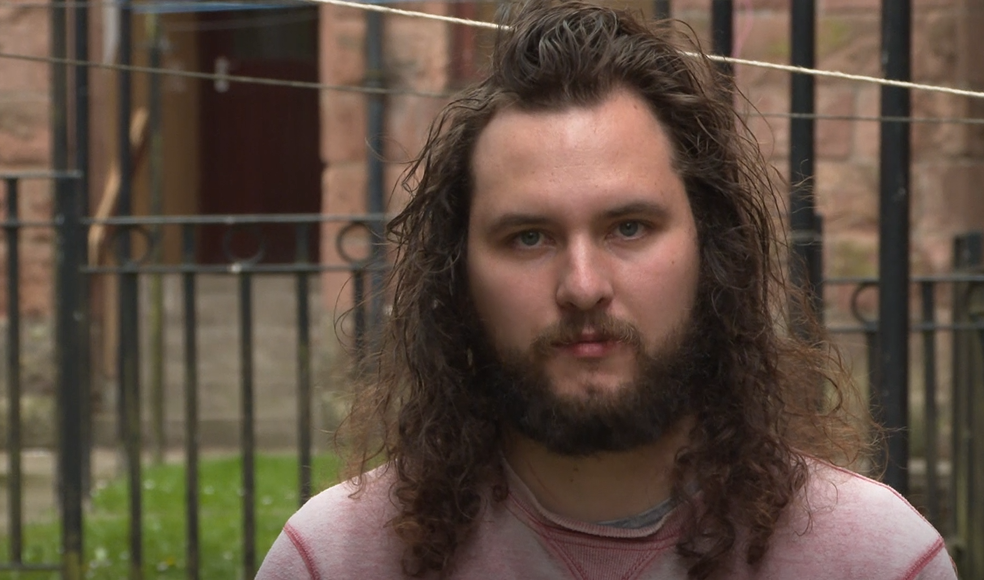 A ban on evictions in Scotland, introduced in response to the coronavirus pandemic, has been lifted across most of the country.

From Monday, evictions can be enforced in areas placed in level 2 Covid of restrictions or below.

The ban will still be in place for areas that remain in stricter lockdown such as Glasgow City and Moray due to rising virus cases.

STV News spoke with two people whose living situation was impacted during the last year.

Alistair Sidey now works for a company which takes calls for private hospitals and booking appointments.

Last year, he faced eviction after finding himself out of work – a situation he feared could see him taken to a tribunal by his landlord.

“Right the way through the pandemic, my landlord was very… basically saying, ‘if you don’t find a job or don’t get me my money, you’ll be out the door by February’,” Mr Sidey explained.

“Luckily, the eviction ban came into place that stopped that from happening and gave me the extra time to find employment that allowed me to then not lose my home and I’ve now got a place to live.

“However, the debt accrued during that situation has left me in a situation where I’m also ridden with arrears that I might not get rid of for a couple of years.”

He continued: “I was lucky enough to gain employment in March just before I was due to go to tribunal in April, and at which point I’ve agreed with my landlord a repayment plan.

“However, I’m still left with about £2,500 worth of rent arrears that I have to pay off.

“If I do lose my job or anything happens again, I could end up in a situation where he takes me straight to tribunal and you’ve got sheriffs officers at your door without any way to come back.”

Mr Sidey said that a lack of “serious protections” have been brought in to protect tenants.

“You’re a prisoner in your own home during a health crisis in which you’re not allowed to go out,” he said.

“So, being able to access the services that you need to access to protect you and help you is made more difficult because you’re doing things over the internet, on Zoom, or other video calling networks.

“So, it’s hard to take action, hard to take direct action, or contact landlords, it’s all through emails and it’s not as easy to just sit down and have a chat with somebody and get both sides of the story and figure things out.”

Asked if he felt helpless regarding the situation, he said: “I did, yes, at the very beginning and sort of towards the summer time I felt like I might as well just accept my fate and just wait for the tribunal and just wait to be evicted, that’s how it felt.

“But, as I said, I’m very lucky to have secured employment when I did, however, at any time, at any moment, people can lose jobs so we’ve got to be wary and remember that.”

Jane Ely, a welfare rights worker and a mother of a one-year-old, said that she and her partner were served an eviction notice just over a fortnight after moving in to a new home.

She said: “It was a few months ago. We needed more space because we were working from home, so we needed another room.

“And then we moved to a new house and then two and a half weeks later, we got a notice to quit and we were asked to leave. So, we’d just unpacked and we were evicted.”

Ms Ely described the situation of having to move again as being “extremely stressful”.

“We were evicted because the landlord wanted to move his sister into the property… so, it was quite a shock,” she said.

“When you get a letter saying you’re going to be evicted, your heart kind of sinks.

“We were exhausted from moving the first time, and then the thought of packing again and then moving again, yeah it was extremely, extremely stressful.

“And working at the same time as well, and looking after a toddler, yeah, it was really hard.”

She added: “It just needs to be a longer amount of time so people can get themselves together and move somewhere appropriate.”

A spokesman for the Scottish Government said: “As we have made clear since the start of the pandemic, taking eviction action against tenants who have suffered financial hardship due to COVID-19 should be an absolute last resort.

“We brought in the temporary eviction ban for when COVID-19 cases were at their highest as a public health measure to keep people safe in their homes.

“The ban remains in place until September for areas subject to Level 3 and 4 restrictions.

“We have emergency legislation in place for all of Scotland extending the notice period a landlord must give. Our rent arrears pre-action requirements require landlords to work with their tenants to manage rent arrears before seeking eviction.

“We have provided support totalling £19 million to tenants during the pandemic, including a £10 million interest-free loan scheme for people struggling with rent because of changes to their finances, and money for Discretionary Housing Payments to those needing help with their housing costs.”

John Blackwood, chief executive of the Scottish Association of Landlords, said that evictions are a “very, very last resort”.

He told STV News: “I think certainly what we have seen in the last year, and I’m very grateful for this, is that landlords have worked very well together with their tenants to be able to resolve their problems and if that means help them find ways in which they can pay their rent, then that’s something that we would encourage and we have been encouraging over the last year.”

Mr Blackwood added: “There’s a lot of support out there for tenants in need and that’s in landlords’ interest too because we want to see both landlords and tenants work together to resolve these difficulties and avoid eviction.

“As a bare minimum, that seems to be what you’d think would be fair for tenants.”

She added: “Tenants need time to be able to make up the money that they owe.”