Should parking fines be increased during a cost of living crisis?

Parking fines have been frozen for 20 years - but there are calls for a hike. 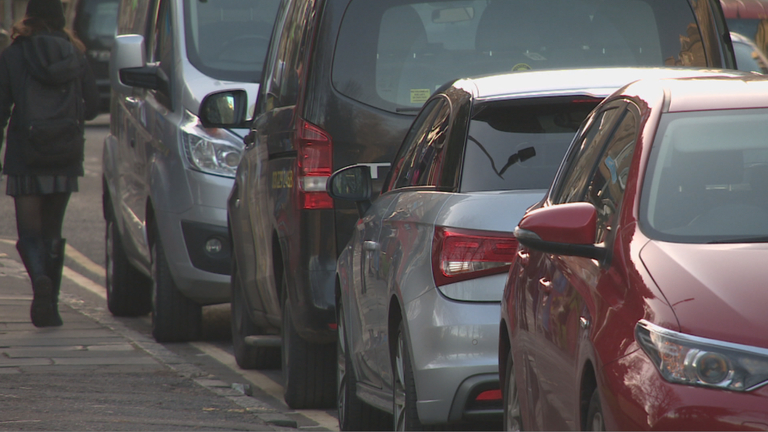 Transport Scotland has said parking fines in Edinburgh will not rise due to the impact of the cost of living crisis. However, a pedestrian lobby group has said the decision to freeze the charges because of rising bills “undermines” enforcement measures.

For 20 years, a penalty charge notice (PCN) in the Capital has remained the same price – costing the driver £60, or £30 if paid within two weeks.

This has created a storm of discontent amongst groups such as Living Streets Edinburgh who want to see the current fine significantly increased to further deter drivers from illegal parking.

Living Streets says parking should increase every year in line with inflation. If the fine had increased in real terms with other prices – such as rail or bus tickets – the group calculated a parking fine in the city would be £91 instead of £60.

However, Transport Scotland believes “now is not an appropriate time” to introduce a rise due to the current cost-of-living crisis.

Yet, the lobby group has hit back at this reasoning, with their convener telling STV News that if people did not carry out illegal manoeuvres, they would not have to pay the price.

David Hunter, convener of Living Streets Edinburgh, said: “Obviously, people don’t like paying a parking fine, but if you park legally and responsibly, you pay nothing at all, which is why I think the argument of freezing it because of the cost of living crisis really just doesn’t stack up.

“Illegal parking causes all sorts of problems to all sorts of roads users, such as disabled people, pedestrians, cyclists, people using the bus and responsible motorists too.

“So the parking penalty should be a deterrent and, if it hasn’t gone up for 20 years, it’s much less of a deterrent and it also undermines the enforcement of parking.

“A higher fee would mean that there are more parking wardens who could reduce the amount of anti-social parking. Illegal parking includes people parking on a corner which could stop people who are blind from crossing the road or parking on a bus stop which means buses cannot access space for passengers beside the curb. These dangers are completely avoidable if the intent is there to discourage it.”

Recent figures reveal Edinburgh’s George Street was the most fined street in the UK outside of London. In a two-year period up to July 2022, 11,851 punishments were given, according to data from the parking locator app AppyParking+.

Mr Hunter added: “The ball is very much in Transport Scotland’s court.

“[Increasing the fine] would be a really quick win to improve conditions for road users.”

In 2021, the Scottish Government conducted a consultation on penalty charge notice hikes and 70% of respondents agreed that PCN’s should be increased. All 18 councils which responded to the consultation backed increased penalties.

A Transport Scotland spokesperson said: “We will keep this under review, and would welcome further engagement with COSLA on it.

“However, we have listened carefully to local authorities on the need for more powers to cover more parking offences.

“We are now working on a Scottish version of parking contravention codes, so that pavement parking, dropped kerb parking and double parking are covered to allow local authorities to ticket for these offences.”