The Scottish Government is moving to its next phase in the vaccine rollout. 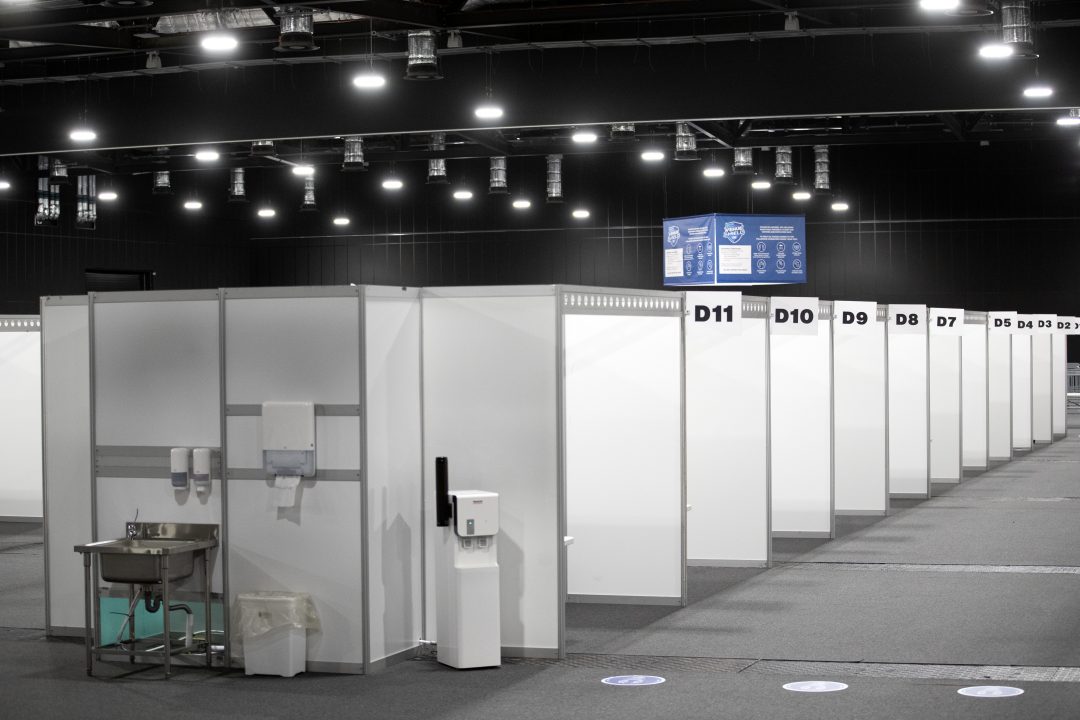 Mass vaccination centres in Edinburgh and Aberdeen are to open from Monday, as the Scottish Government moves onto the next phase of its Covid-19 vaccination programme.

People aged 70 and over will also begin to get their vaccines from February 1.

The vaccinations will be offered in a range of settings, from community centres to mass vaccination centres.

Mass vaccination centres, including Edinburgh International Conference Centre (EICC) and Aberdeen’s P&J Live at TECA, will be in operation from Monday.

The Scottish Government is aiming to vaccinate those aged 70-79 and the clinically extremely vulnerable – including over-16s on the shielding list – by mid-February.

NHS staff at these centres have been vaccinating each other this week as part of their induction.

The EICC will have capacity to vaccinate more than 21,000 people a week at 45 stations.

The centre in Aberdeen will start with 20 booths, vaccinating around 6,000 people weekly.

The Louisa Jordan mass vaccination centre in Glasgow has been operating since December 8, carrying out 1000–5000 vaccinations daily.

The scale of the operations at the mass vaccination centres means letters will also start going out next week in Lothian, Grampian and Greater Glasgow and Clyde to those aged between 65 and 69 – the next group on the priority list.

Other smaller vaccination centres, located in community facilities such as village halls and sports centres, are also opening as the roll-out continues across the country.

The programme for first doses for care home residents, frontline health and social care workers and those aged 80 and over will be completed by February 5.

Health secretary Jeane Freeman said: “Our vaccination rollout continues to ramp up as we widen it to groups further down the JCVI priority list and I would like to thank all those involved in setting up the mass vaccination centres in Edinburgh and Aberdeen and, of course, the NHS Lothian and NHS Grampian staff who will be delivering the vaccines.

“It is testament to all those working hard to roll-out the vaccination programme that major logistical operations such as these are up and running despite the current restrictions.

“I would urge everyone to take up their appointment when they are offered one.

“The vaccination programme is one of three key ways we are working to beat this virus, along with our expanded testing programme to identify cases and break chains of transmission and the important lockdown restrictions everyone in Scotland must follow.

The Scottish Conservatives accused the government of making “minimal progress” on rolling out the vaccine.

Health spokesman Donald Cameron said: “All the SNP’s hopes to speed up their flagging rollout seem to be pinned on the last-minute rush to get mass vaccination centre open.

“There’s no doubt mass centres will give the SNP’s rollout a shot in the arm, so to speak, but it remains to be seen if they will still be lagging behind.

“Worryingly, today the health secretary couldn’t give many answers about further opening dates and, all on her own, she created confusion about what even constitutes a mass vaccination centre.”