More than 1300 people died due to drug misuse in Scotland last year, the largest number since records began in 1996. 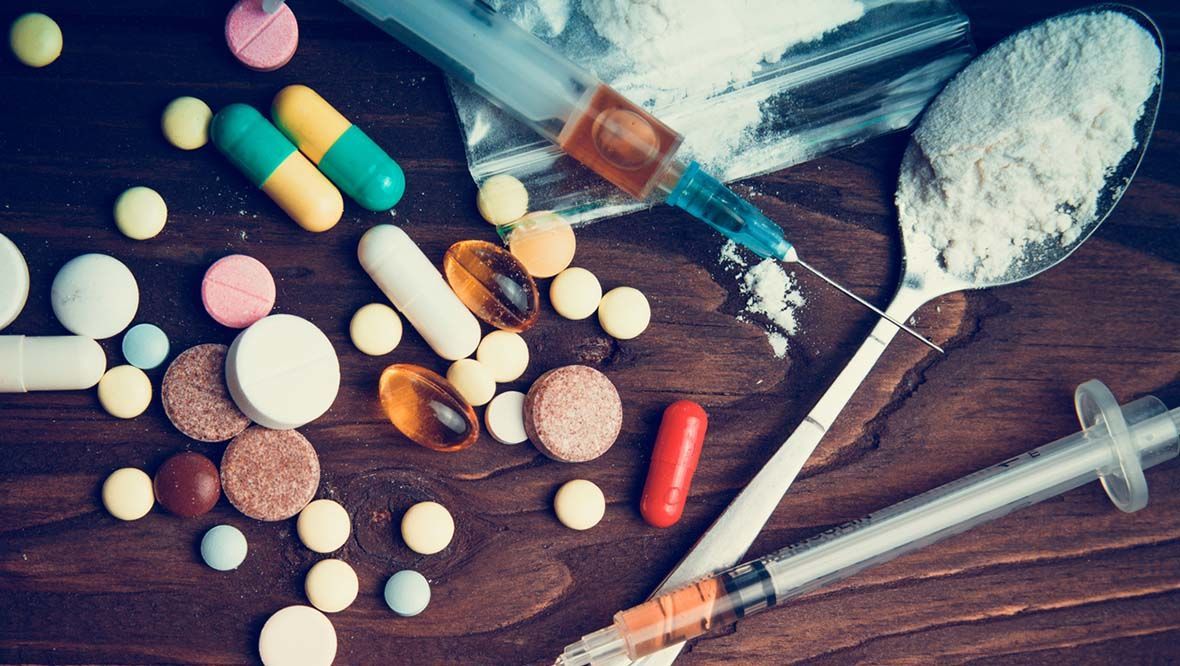 More than 1300 people died in Scotland last year as a result of drug misuse – the highest annual figure on record.

Figures published by the National Records of Scotland (NRS) reveal 1339 drug-related deaths in 2020 – a 5% increase on the previous year’s statistics and the largest number since records began in 1996.

It is also the seventh year in a row that drug-related deaths have hit record levels.

The country continues to have the worst drug death rate in Europe, with 21.2 deaths per 1000 of the population, more than three-and-a-half times higher than the rest of the UK.

Greater Glasgow and Clyde had the highest drug-related death rate of all health board areas in 2020, followed by Ayrshire and Arran and Tayside.

Deprivation also continued to be a major factor in drug deaths, with those in the poorest areas of the country 18 times more likely to die than their more affluent counterparts, the data showed.

After adjusting for age, people in the most deprived parts of the country were 18 times as likely to die from a drug-related death as those in the least deprived.

And opioids remained the number one cause of drug related death in Scotland last year. The NRS figures show that, of the 1339 people who died from drugs in 2020, 1192 were related in some way to opioids.

However, in a sign that more drug users are mixing substances, benzodiazepines – use of which has soared in recent years due to easy availability – were implicated in 974 deaths in 2020.

She tweeted “Each one is a human tragedy. @scotgov does not shirk the responsibility & we are determined to make changes that will save lives .”

She added: “These 2020 figures (though no less shameful because of it) predate actions set out at start of year.

“We now have a dedicated drugs minister in @AConstanceSNP, a substantial funding commitment and action underway to eg ensure faster access to community support, treatment and rehab.

“We will also continue to argue for reform of drugs law, which is not currently within our power.

“Today, my thoughts are with every family who has lost a loved one – I am sorry for the loss you have suffered. However, I know that from @scotgov what is required isn’t words, but action to prevent people dying, and that is what we are determined to deliver.”

Scotland has suffered from the worst drug death rate in Europe, with the number of users dying rising in recent years.

The number of drug-related deaths has increased substantially over the last 20 years – there were four-and-a-half times as many deaths in 2020 compared with 2000.

The Scottish Government last year recognised there was a crisis, appointing Angela Constance to a dedicated drug policy ministerial role following the resignation of Joe FitzPatrick as public health minister.

During the STV leaders’ debate ahead of the Holyrood election in May, Sturgeon said the SNP “took its eye off the ball” over drug deaths, adding that she had set a £250m investment programme to build up rehabilitation services.

Constance said: “Once again, the statistics on drug-related deaths are heart-breaking. I want to offer my sincere condolences to everyone who has lost a loved one through drug use.

“We need to gather as much information as we can about drug use in Scotland and to that end, data on suspected drug deaths will be published quarterly from this September. This will ensure we can react more quickly and effectively to this crisis and identify any emerging trends.

Even before the statistics were published, seven leading drugs charities announced their support for a Bill aimed at enshrining in law the right to the addiction treatment requested by the individual.

The draft legislation, put forward by the Scottish Conservatives would mean residential rehab requested by someone dealing with addiction and cleared by their doctor would have to be accepted, or a reason given with 24 hours of the refusal.

Services would also be put in place for the families of those struggling with addiction, under the Tory Bill.

“The drugs crisis is our national shame. It is a stain on Scotland that so many of our most vulnerable people have been left without hope, crushed by a system that is thoroughly broken.”

He said: “The drugs crisis is our national shame. It is a stain on Scotland that so many of our most vulnerable people have been left without hope, crushed by a system that is thoroughly broken.

“This is not a day for political posturing but it is a simple fact that the government’s small steps are not cutting it. The crisis is getting worse and spiralling out of control. We need a united national effort to make the drastic changes necessary to overhaul the broken system.

“The Scottish Conservatives are bringing forward a Right to Recovery Bill to guarantee in law that everyone who needs treatment can get it.”

Labour MSP Paul Sweeney said: “The latest drug related deaths figures are devastating but not surprising. We have known for a long time that these were going to be shocking, and I send my sincere condolences, thoughts and prayers to every single person impacted and failed by the doomed war on drugs.

“Behind the numbers are real people; families devastated by the untimely, unnecessary and frankly preventable loss of a loved one. We owe it to them to change the system for good, and that will mean working together regardless of political affiliation.

“I’ve seen first-hand, working with the overdose prevention pilot in Glasgow, the trauma experienced by those with drug dependencies and their families. It’s abundantly clear that we cannot continue with the same failed policies of decades gone by – we need radical action and we need it now. That means decriminalisation of drug possession for personal use and the legalisation of safe consumption facilities as a matter of priority.

“I’m sorry that the system has failed so many people and so many families. The reality is that these figures show one person dying every six and a half hours in Scotland in circumstances that were entirely preventable. Now is the time to fix the system that is so clearly broken, not to score political points. 1339 of our fellow citizens have lost their lives unnecessarily – today is about remembering them and committing to the action required to make sure it never happens again.”

“Issuing apologies now is too late for thousands of people. The victims of drugs and their families were failed. It is a scar on the conscience of this Scottish Government.”

Scottish Liberal Democrat health spokesperson Alex Cole-Hamilton said the deaths are a “scar on the consicence” of the Scottish Government.

He said: “Every drug death is preventable. However, that task became ten times harder when SNP ministers avoided the subject ahead of the independence referendum, as that justice secretary admitted, and then cut the budget for critical prevention services by 22%.

“Help and expertise that people relied upon was needlessly surrendered when it should have been expanded. “It was Nicola Sturgeon’s choice to ignore this unfolding epidemic.

“Issuing apologies now is too late for thousands of people. The victims of drugs and their families were failed. It is a scar on the conscience of this Scottish Government.”