Many of the sewers, some dating back to the Victorian era, have previously been difficult to access. 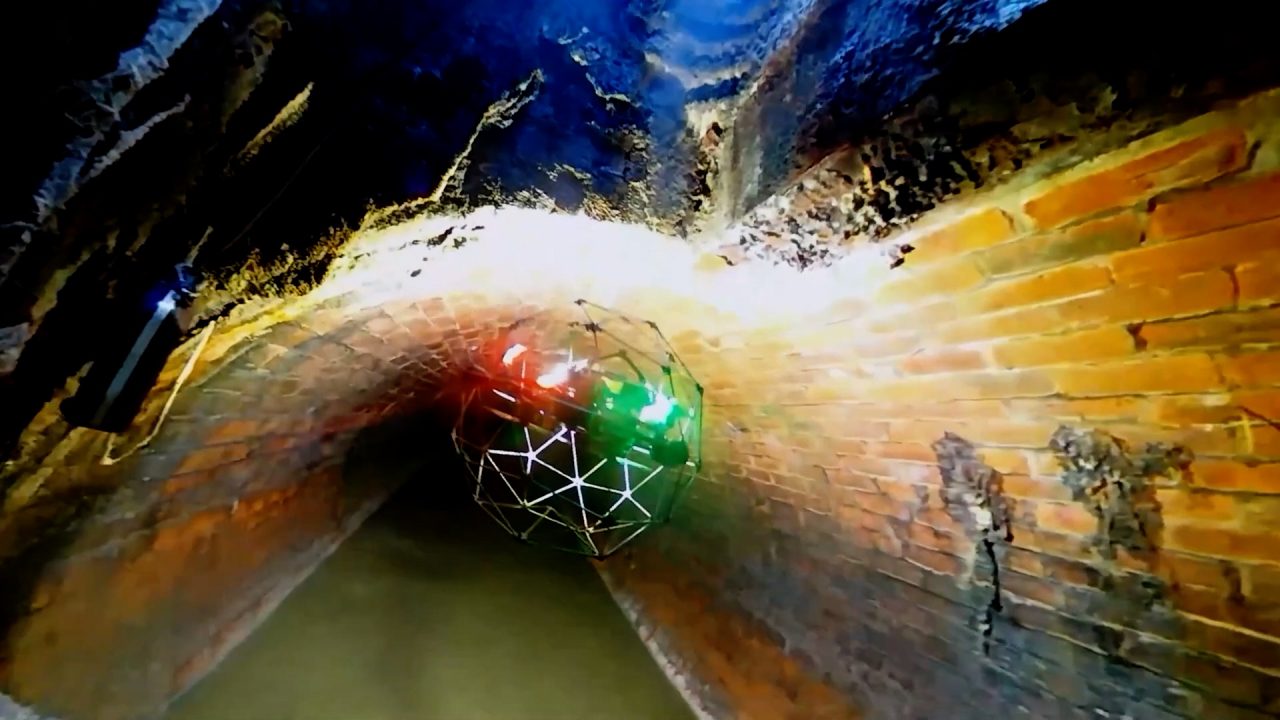 Drones and lasers are being used together for the first time to inspect Scotland’s sewers.

The technologies are being deployed by Scottish Water to survey the network for potential problems.

The drones fly through the tunnels to sections that traditional surveying methods can’t reach, allowing the water company to more accurately assess sewers’ condition and make decisions about maintenance.

Scottish Water said this would make sewers more resilient, improve the service and reduce the risk of leaks, collapses and environmental pollution, while cutting the cost of repairs and improving workers’ safety.

Where is this taking place?

The technology was used together for the first time on a large brick sewer in Bath Street in Glasgow city centre in July.

It is now set to be rolled out and used at other locations in Glasgow, Edinburgh, Aberdeen and some rural areas.

Using the new technology requires just two operators with a drone and takes much less time than traditional techniques.

A worker controls or pilots the drone as it flies along the pipe and uses video for visual inspection and ranging (LiDAR) equipment for measurement. Recordings are then manually reviewed by operators to spot defects.

Replacing teams of up to 15 workers with just two workers, Scottish Water said carbon emissions would be reduced by up to 80%, helping the firm reach its net-zero target by 2040.

Scottish Water confirmed no jobs would be lost as result of introducing the new technology.

The drones and LiDAR provide substantially better video quality and defect accuracy than traditional techniques and have been developed for use in sewers that have been difficult to access.

LiDAR is a laser scanning tool that measures distances before software creates an accurate computerised 3D image which can be viewed on screen. The drone carries the LiDAR and camera onboard as it flies inside the pipe.

The drones were adapted specifically for sewers and are made of carbon fibre to reduce their weight and extend battery life. They were designed with ducted propellers to protect them from the sewer walls and the skills of the operator ensure they avoid the waste water.

Why is Scottish Water doing this?

Many of the sewers, some dating back to the Victorian era, have previously been difficult to access for surveying.

The technology will enable Scottish Water to survey its network of more than 33,000 miles of sewers more accurately.

Sewer inspections, which seek to identify issues such as cracks, holes, partial collapses, infiltration, and root ingress, are needed to enable Scottish Water to make decisions on investment. The earlier any repairs and maintenance work is carried out, the lower the costs are to the company.

What are bosses saying?

Iain Jones, risk and life-cycle planning manager at Scottish Water, said: “This is the first time we’ve used drones adapted for sewers and LiDAR together for sewer surveys and we are really excited about it.

“We want to improve the accuracy of our surveys and, for safety reasons, we want to reduce the number of workers needed to carry out survey work inside sewers. The drone does both and they will also help us in our aim to reach net-zero carbon emissions by 2040.

“Traditional inspection techniques, which will still be used on some parts of the network, often involve teams of up to 15 workers using CCTV tractor units, working in dangerous conditions in confined spaces with the risk of hazardous gases.

“Factors such as depth, flows and debris can significantly slow down a worker entry survey in a way that does not affect the drones.

“Because of the reduction in the number of workers involved, a large number of site vans and vehicle deliveries are not required and so carbon emissions are reduced.”

He added: “Drones have been put into sewers elsewhere with limited capabilities and limited success. But the specific adaptation of both drone and the 3D LiDAR modelling is what makes this special.

“The 4K quality outputs combined with accurate modelling is the innovative thing. That quality is four times better than a HD TV and it’s certainly a first in Britain.

“Some of the sewers pre-date the Victorian era and are more than 160 years-old and we need information to enable us to make good decisions about how to rehabilitate them if necessary.”