Drivers caught on laptops, phones and eating cereal behind the wheel

One driver was caught tucking into their breakfast and another was stopped for using a laptop while driving on busy Scots motorways. 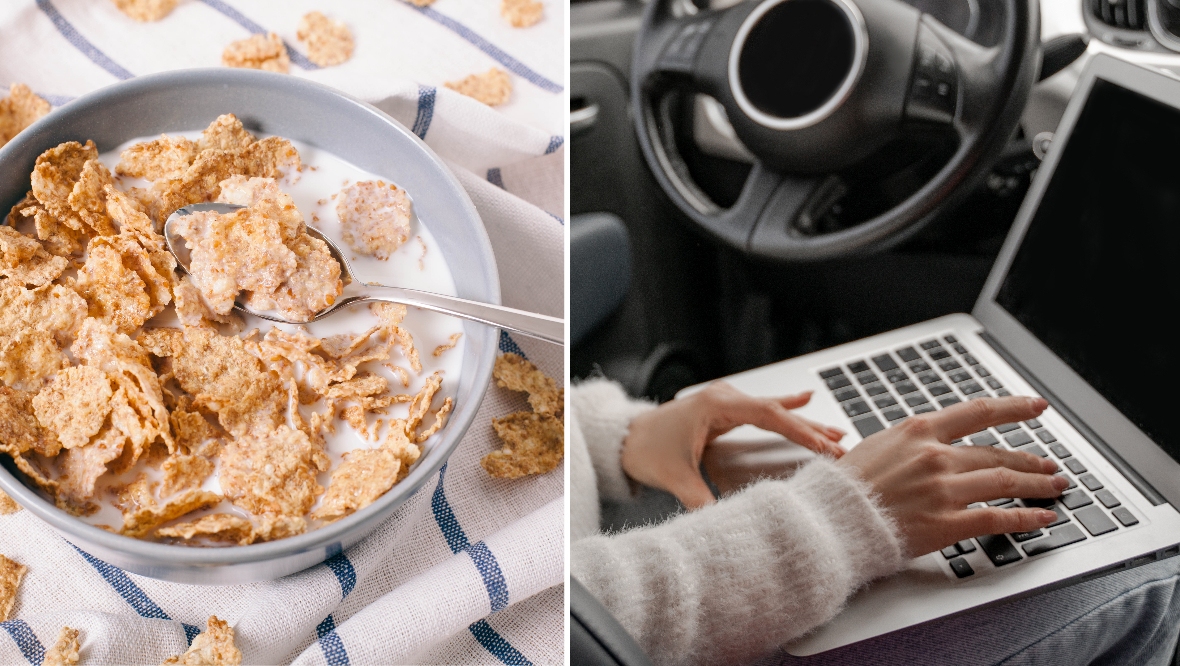 Laptops, phones and bowls of cereal are just some of the items drivers have been caught with behind the wheel.

As part of a clampdown on reckless driving, a 37-year-old woman was slapped with a £100 fine for driving while using her laptop on a motorway.

The multi-tasking driver also had three penalty points added to her license when road police presumably caught her typing away while driving southbound on the M90.

Another hungry motorist was awarded a £100 fine when officers spotted her tucking into a bowl of cereal behind the wheel while driving across the Queensferry Crossing.

The 23-year-old woman had three points added to her licence when she was pulled off lane two of the M90 as part of the road policing initiative, dubbed Operation Tramline.

Officers also apprehended a lorry driver “steering” with his forearms as he used his phone with both hands behind the wheel.

The man was given a £200 fine and six penalty points as he was “clearly not in control of his vehicle” while barrelling down the Edinburgh City bypass.

A total of 124 drivers were stopped by officers between April 26 and May 26 during the crackdown.

It saw police in an unmarked HGV apprehending careless drivers on dual carriageways and motorways in Fife, in and around Edinburgh, and in the Forth Valley area.

During its five-week run, officers stopped 78 cars, 44 LGVs and two motorcycles – recording a total of 138 offences.

A similar police operation caught offenders in England as shown in the video below.

Road policing officer Tom Aitken said: “Keeping all road users safe is a top priority for Police Scotland and Operation Tramline was set up to help us to reduce the number of road casualties we see on a day to day basis.

“I cannot emphasize enough that drivers should be in control of their vehicle at all time. Eating your breakfast or using a mobile phone or laptop is clearly a major distraction.

“A split second lapse in concentration could result in a crash which can cause serious injury and even death. I would urge all road users to be aware and to stay safe. Road crashes can cause devastation for all those involved.

“The HGV is just one tool we can use to make Scotland’s roads safer and it will be used across Scotland as part of our ongoing work going forward.”