Dramatic increase in A grades since new model brought in

Figures released on Tuesday show a rapid increase in the number of pupils given the highest grades. 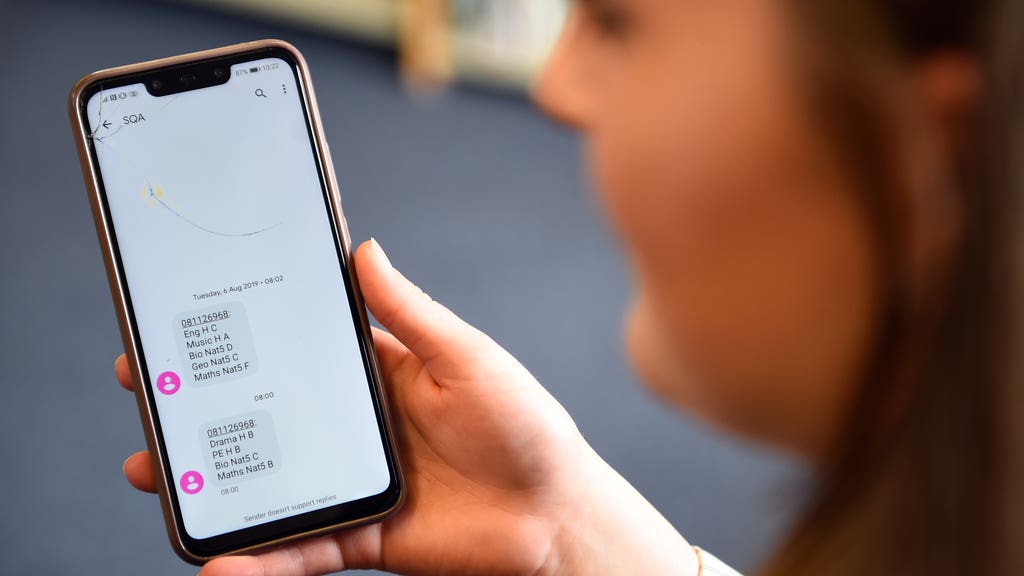 The proportion of A grades given to Scottish school pupils has increased by an average of 16.7% since a new model has been brought in as a result of the pandemic.

Exams were cancelled this year as a result of the pandemic and the Scottish Government moved to a teacher-led model of grading. Last year the use of an ill-fated algorithm led to protests from pupils and a vote of no confidence in then Education Secretary John Swinney.

But figures released on Tuesday show a rapid increase in the number of pupils given the highest grades in the top three qualifications.

This year, 46.7% of National 5 entries were graded the highest, compared to 35.1% before the pandemic.

Despite the changes, Scottish Qualifications Authority chief executive Fiona Robertson said she was confident that teachers had applied the national standard when grading, and cautioned against comparing this year’s figures with pre-pandemic levels.

Speaking after the results were released, she said: “We do see some variation in attainment and the composition of attainment every year and that’s to be expected between courses and over time.

“This year we are seeing more movement in attainment than we would see in a normal year when exams are held.”

“I absolutely acknowledge that A grade is up, but I hope that provides some helpful context.”

Ms Robertson continued: “I’ve highlighted in my chief examining officer’s report about care that needs to applied in making comparisons between years.

“I accept that you will do that, but making comparisons between years and drawing conclusions from them especially when it concerns the last two years.”

“The system was developed with teachers, with young people, with parents and with other academics to make sure it was fair and it was credible and we all agreed it was a fair and credible system within the national qualification group that designed that system.

“Teachers have used their professional judgement and we should trust our teachers.”