The campaign is asking men to hold their friends, family members, and other men in their lives accountable. 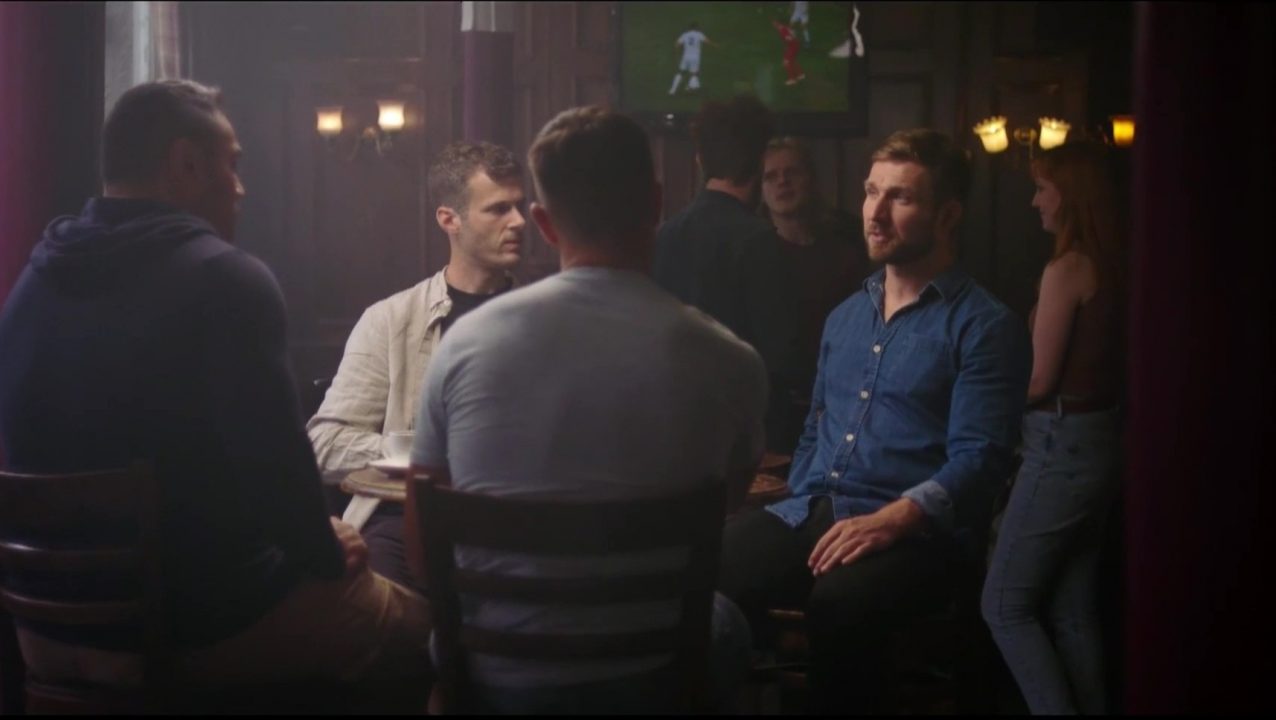 That Guy is asking men to talk to their friends, fathers, brothers and sons about behaviour that is damaging to women – as well as looking at themselves.

With more than 2.8 million views of the campaign video on Twitter alone, it is fair to say the campaign went viral in 2021, with a huge response on social media and in the press.

It put the cause of sexual offending where it belongs – with men.

This year’s campaign, launched on Monday, urges men to be the solution to preventing sexual offending by having those difficult conversations with a friend who may have crossed the line.

It ends with the words: “Don’t be that guy that stands by and does nothing.

“Don’t be that guy that laughs along.

“Don’t be that guys that just sees your mate doing something he shouldn’t be.

The initial campaign, in 2021, came in the wake of the kidnap, rape and murder of Sarah Everard by serving Metropolitan Police officer Wayne Couzens, who will die behind bars for his crimes.

Speaking to STV News, deputy chief constable Malcolm Graham said: “This campaign is aimed at everyone in Scotland and that includes the men who work for Police Scotland as well.”

Launching the campaign, he pointed to the 2021 That Guy video, and highlighted that it had a “positive impact” on people’s awareness that “actions and language matter”.

He said: “Of course, we are not saying that all men will go on to commit serious sexual offences – but it’s by generating these conversations and giving people the confidence to challenge where it starts, at a lower level, that we believe the culture of Scotland can change to be a much more positive, supportive and safe environment for women and girls.”

Men in the video discuss feeling ashamed when called out on their own behaviour, with one saying: “I’ve been pulled up on my behaviour plenty of times, not necessarily around women – but my behaviour on nights out.

“So I know the feeling – it’s quite mortifying. Like, I do get ashamed of it.

“And you do want to kick against that…”

Another chimes in: “It might hit your ego initially, but take it on the chin.

He adds: “When you’ve done that, you can go home and look at yourself in the mirror, and go, ‘you know what? I did something right’.”

That Guy builds on previous Police Scotland sexual crime prevention campaigns, targeting men aged between 18 and 35 years who are most likely to commit sexual offences.

“It’s critically important that while we investigate and support victims, we collectively focus on preventing these crimes.

“This campaign is aimed at men and it’s focused on giving them guidance, information and support on how they can appropriately challenge other people’s behaviour.

“We think the most effective way to change this culture is to give men the tools and skills to challenge inappropriate behaviour.

“Firstly, to know what the impact of that behaviour is on women directly, whether it’s actions, language or a feeling of unsafety, going right up to serious sexual offending.

“We want people to understand where this behaviour starts and we want men to be having conversations about how to stop it and how to challenge it in a way that people can feel safe and comfortable doing.

“It’s not necessarily the easiest thing to do but we think that by men standing up and taking that responsibility, we really can change the culture and prevent these offences from happening.”