Medics have warned the NHS is on the brink of an 'existential crisis' over long waiting times and staff burnout. 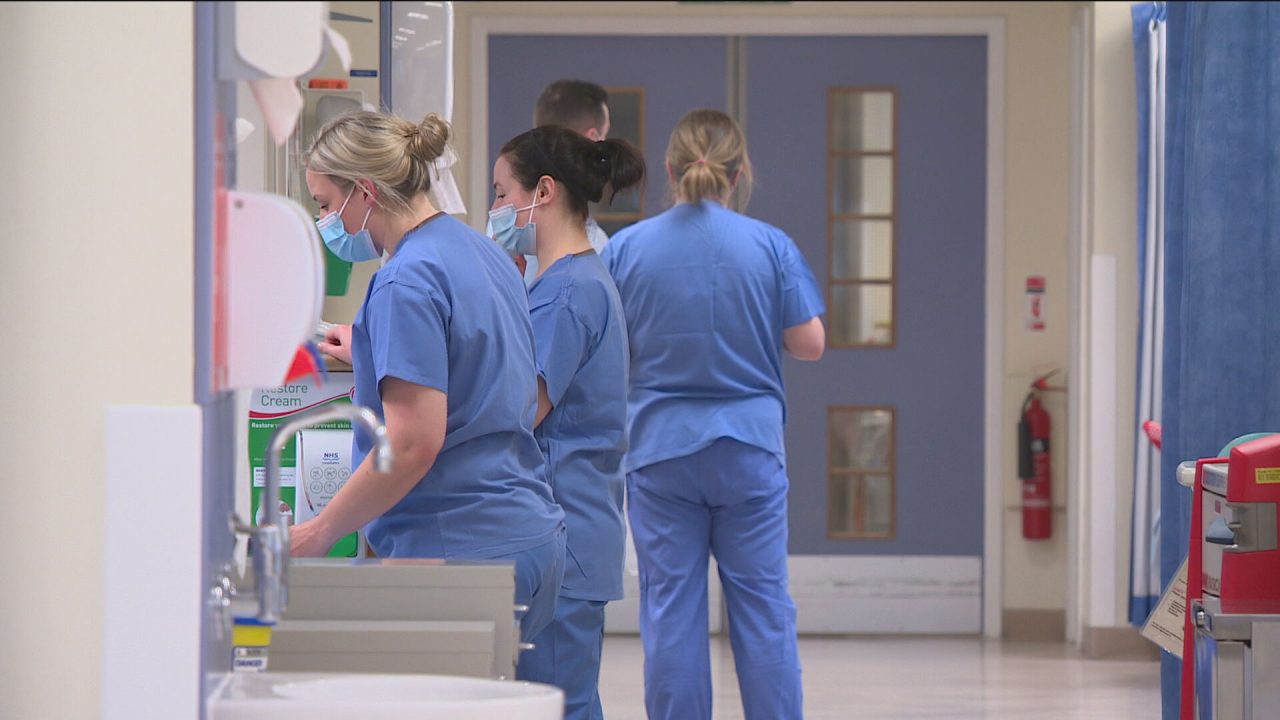 Doctors have warned crippling pressures on the health service could result in “the end of the NHS as we know it” after long waiting times for care left some patients spending over 30 hours awaiting treatment.

Health secretary Humza Yousaf is facing increasing calls to quit after it emerged almost 2,000 people in Scotland spent 12 hours or more waiting in accident and emergency in the week leading up to Christmas.

The data reveals that in the week ending Sunday December 25, just 56.9% of patients in A&E were seen and then either admitted, transferred or discharged within four hours – almost 40% less than Scottish Government targets.

One woman, 92-year-old Jessie Wallace, was left on a trolley for 30 hours in scenes daughter Lynn Harrison described as “being like a warzone”, after being rushed to hospital in Edinburgh with a chest infection.

A senior medic told STV News the situation across the UK was similar against the backdrop of threats of strike action by doctors, nurses and other medical and non-medical staff.

Dr Dan Beckett, consultant physician of acute medicine, said the service was almost at a point of no return and pleaded with both the Scottish and UK Government to urgently devote resources to help ease pressures or risk unnecessary deaths.

“It feels like we’re almost at an existential crisis now in acute care and at a tipping point where unless there is real action, this feels like the beginning of the end for the NHS as we know it,” he said.

“I’ve been a consultant now for 12 years and my colleagues across Scotland and the UK have never seen anything like this before and I think it is a real call that we need to take some action, otherwise we are going to lose something that is incredibly valuable to us as a nation.”

Figures from Public Health Scotland (PHS) show that in the week to Christmas Day, A&E departments dealt with 22,892 patients.

PHS said the data would be an under count as data for both NHS Ayrshire and Arran and NHS Borders was missing.

The Scottish Conservatives branded the figures “appalling” as they urged First Minister Nicola Sturgeon to sack Yousaf, while Scottish Labour said it is “clear that Humza Yousaf must go, and go now”.

Scottish Labour health spokeswoman Jackie Baillie said: “Thousands of Scots have waited for hours and hours for medical treatment while lives have been put on the line.

“The time for warm words has come and gone. This crisis has occurred on Humza Yousaf’s watch and NHS staff have no confidence that he is the person capable of taking action and leading them out of this crisis.”

Dr Sandesh Gulhane, the Tory health spokesperson, added: “Despite the Herculean efforts of frontline staff, waiting times in our emergency departments are unacceptable due to years of dire workforce planning by successive SNP health secretaries, as well as the flimsy recovery plan of the current one.

“We can’t tolerate a situation where almost 2,000 patients are waiting over half-a-day to be seen, because we know these delays lead to needless loss of life.”