The Scottish Government has said it would be ready to give the jab to 12-15-year-olds if health officials give it the go-ahead. 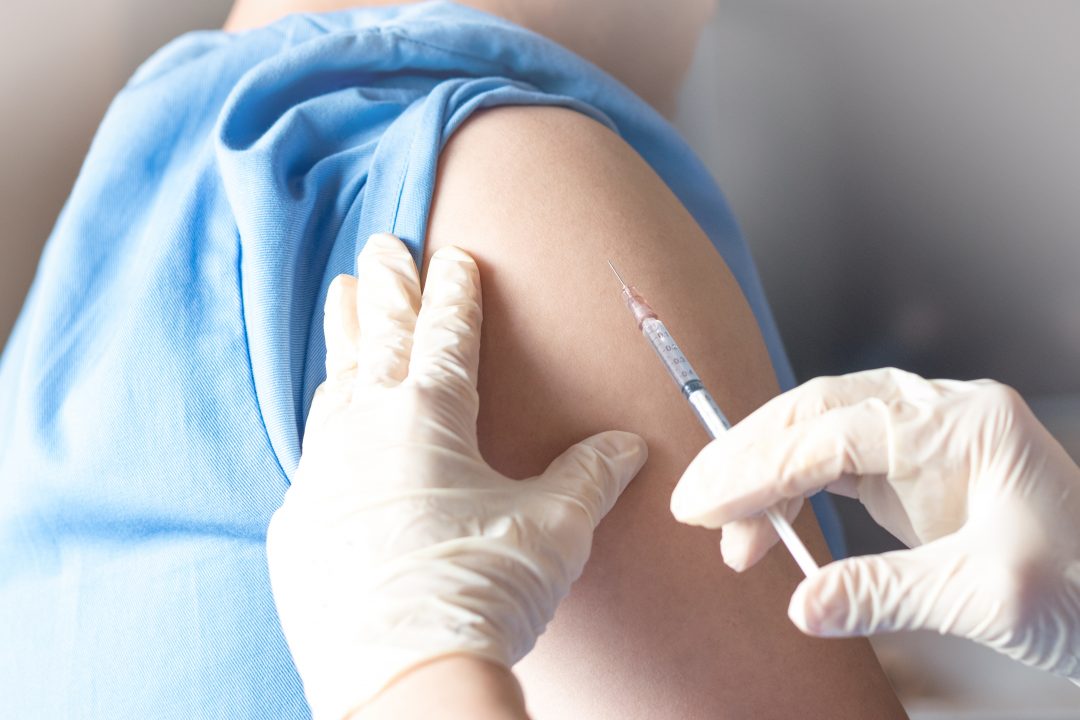 The debate between whether children in Scotland should be vaccinated against Covid or other countries should be helped to immunise adults against the virus is a “false tension” according to a leading ethics expert.

While there have been repeated calls to vaccinate young people throughout the country, others are demanding more action to accelerate the rollout to poorer nations first.

Agomoni Ganguli-Mitra, Chancellor’s Fellow in Bioethics and Global Health Ethics at Edinburgh University, believes both sides of the argument are possible as with the availability of different versions of the vaccine.

She told STV News: “I think this tension between vaccinating our children versus vaccinating adults elsewhere is, in part, a false tension.

“The vaccine that’s been approved for 12-15-year-olds is the Pfizer-BioNtech vaccine and most probably the vaccine we’d be sending across the world would be the Astra-Zeneca in part because it is easier to transport and store.”

Safety regulator MRHA has given its approval for the Pfizer jab to be used on children aged 12-15 but the Scottish and UK Governments are waiting on the Joint Committee on Vaccination and Immunisation to decide whether it should be given to that age group.

On Tuesday, First Minister Nicola Sturgeon said the focus remained on getting all adults vaccinated but if the JCVI recommends vaccination of children, she said Scotland would “move as quickly as possible to implement the advice”.

Scottish Government adviser, Professor Devi Sridhar, has backed the rollout of the vaccine to those over the age of 12 in order to allow schools to return to normal after the summer break.

She said: “There’s three arguments to vaccinate kids. The first is there’s still the risk of long covid – that means getting chronically ill, having kids that don’t recover after several weeks.

“The second is so that children don’t transmit it. We know we will see clusters in secondary schools if we don’t vaccinate kids – so we protect teachers, protect communities through making sure that they don’t spread it.

‘If we want secondary schools to return normally in the autumn we really need to start vaccinating into those age groups.’

“The third is we could see a new variant emerge that does affect kids, and if we leave a large percentage of our population susceptible – meaning completely unprotected- we would be behind the curve.

“So I think that we should get ahead of the issue, start moving now as soon as we get the supply in so actually we can have a full return in the autumn.”

She added: “If we look at other countries -The United States and Israel – they’ve already started using this vaccine in the 12 to 15 age group.

“The trials are incredibly promising in terms of actually stopping Covid-19 illness, and if we want secondary schools to return normally in the autumn we really need to start vaccinating into those age groups.”

Erica Sandlan, a 14-year-old school pupil living in Glasgow, is just finishing her second year of secondary after spending several months at home due to the recent coronavirus lockdown.

She believes vaccinating pupils will help prevent future lockdowns and avoid another spell of home learning for schoolchildren.

‘Some of my teachers had to go home and isolate for two weeks and currently the year below me – almost the entire year is away home.’

She told STV News: “I feel like over this last year I’ve missed out on school but also meeting a lot of people.

“Since we’ve been back at school, we’ve quite a lot of people and classes going home.

“Some of my teachers had to go home and isolate for two weeks and currently the year below me – almost the entire year is away home.”

Erica added: “I feel like if everyone got vaccinated before next term – after summer – I feel like it would have a bigger effect on not being out of school and not having classes sent home as much.

“However I do feel like we will have to keep wearing masks, be socially distanced and have different times for everything.”

This week coronavirus infections in children have reached their highest level since the pandemic began in Scotland.

More than 1000 under-15s tested positive in the week to June 7, as Scotland recorded its highest number of new coronavirus cases in almost four months.

More than 100 children were confirmed with the virus every day in the week, with 186 testing positive on Monday.