The monarch hosted the Prime Minister at Buckingham Palace on Wednesday evening amid political turmoil. 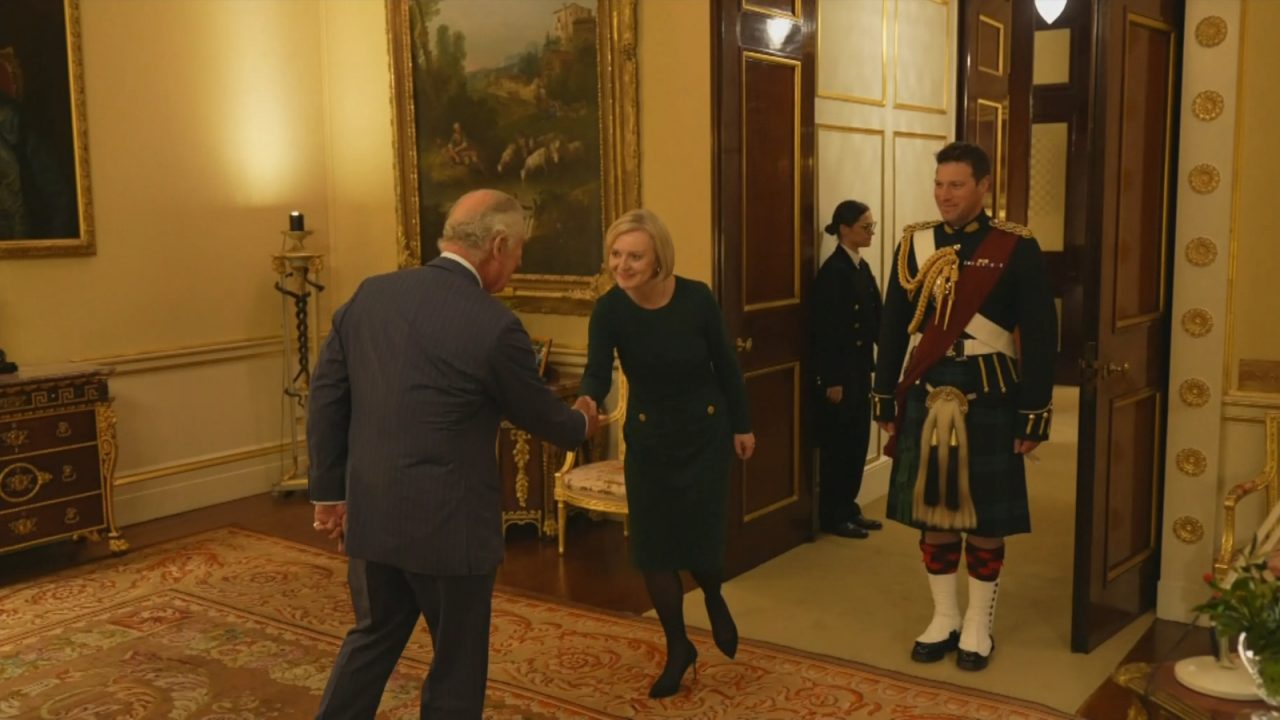 The monarch hosted Liz Truss at Buckingham Palace as she faces political turmoil brought on by her Government’s tax-slashing mini-budget and concern over the UK’s economy.

A clip of the King meeting with Truss showed the Prime Minister entering through double doors to meet Charles in the first of his weekly audiences with her.

“Your Majesty, great to see you again,” Truss said as she stepped forward to shake his hand.

Truss said it was a “great pleasure”, while the monarch uttered: “Dear, oh dear. Anyway.”

At a stormy meeting of the backbench 1922 Committee in Westminster on Wednesday, Commons Education Committee chairman Robert Halfon told Truss she had “trashed the last 10 years of workers’ Conservatism”.

It followed Prime Minister’s Questions, where Truss insisted she would not cut spending while economists and the financial markets continue to question her plans.

She added that taxpayers money would be used well instead.

Chancellor Kwasi Kwarteng, who is in Washington for the International Monetary Fund’s annual meeting, has already been forced to abandon plans to scrap the 45p income tax rate for top earners.

Allies of the PM have rallied round her after she came under intense pressure from her own MPs to abandon her economic plan following a market backlash to the measures.

Foreign secretary James Cleverly said a change at the top of the party would be a “disastrously bad idea”.