'The Hand of David' has been written to inspire Scotland and the Tartan Army ahead of Euro 2020. 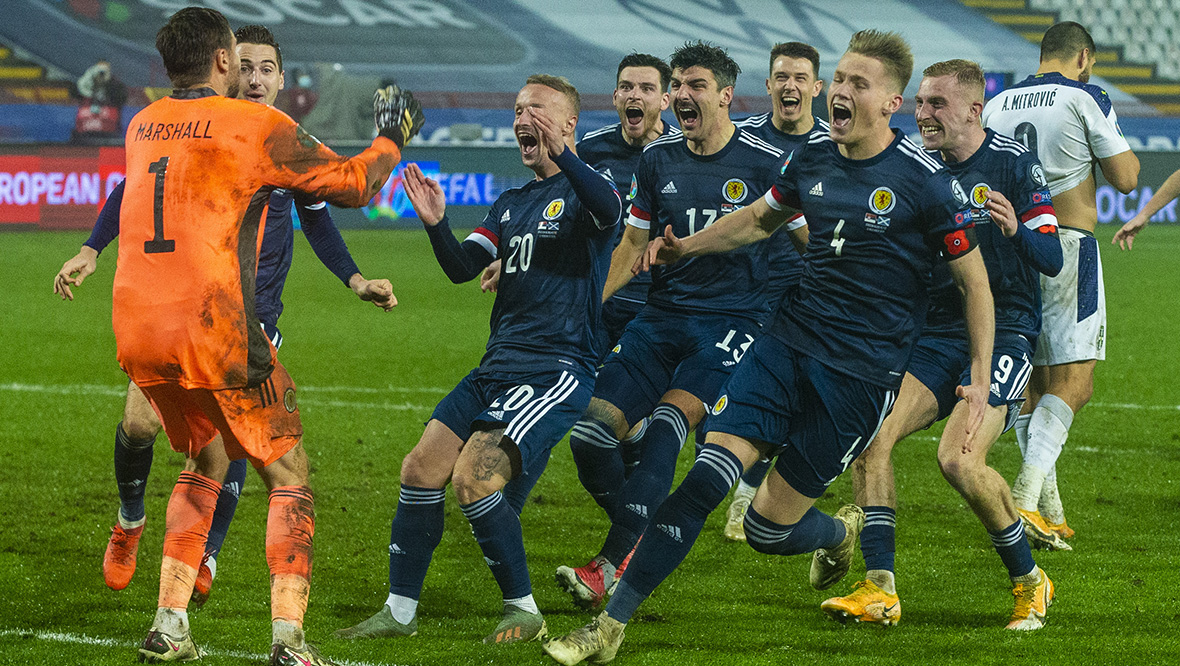 A special poem has been written to inspire Scotland and the Tartan Army ahead of the European Championships.

Jim Mackintosh penned ‘The Hand of David’ in honour of goalkeeper David Marshall, whose penalty save against Serbia sent the nation to its first major men’s tournament since 1998.

His poem was performed for the first time during STV show Scotland: We Can Boogie.

Jim previously wrote a poem for the Scotland women’s team ahead of their final World Cup group match in 2019.

Scotland’s campaign begins on Monday, June 14 against Czech Republic at Hampden before ties with England on June 18 and Croatia on June 22.

The Hand of David

Are you ready for this?
Have you practised your
through fearty fingers sneaky deek?
your edge of sofa oh ya beezer leap?
before easing into
a carpet burnin McFaddy knee slide
without flattening the dog or worse
– yer gran
dae’in her best Joe Jordan grin
as she heads for the wee telly
and the Corry fan-free zone

Some of us still have the 74 stoop, the 78 grey hairs
and a soupçon yet o the 98  ‘je ne said whit?’
but see us, see now – yes sir, we can boogie!
we’ve all grown left hands like David Marshall’s
– strong enough
to balance in its God like palm:
the Forth Rail Bridge, Bannockburn, a full Hampden
and all of us safely through the jittery nineties
ahead of us, no matter where we are in the world.

Now – if  I could only find the remote.