Nicola Sturgeon says a decision will be made next Tuesday over whether to extend the vaccine passport scheme.

An expansion of the Covid passport scheme to cover more settings – such as cinemas, theatres and pubs – is being considered by the Scottish Government.

Nicola Sturgeon told MSPs that ministers were considering whether such a move “would be justified and prudent given the current state of the pandemic”.

The First Minister also urged unvaccinated people to get jabbed, saying it was their “civic duty”.

She was speaking as Scotland recorded another 17 coronavirus deaths and 2771 new cases in the past 24 hours.

Sturgeon said the cabinet discussed possible changes to the current vaccine passports scheme at a meeting on Tuesday morning.

She said: “We will take a final decision next Tuesday in light of the most up-to-date data.

“In the meantime, later this week, we will publish an evidence paper and consult businesses on the practicalities of implementation should changes be made.

Sturgeon also said the government was considering whether to amend the scheme so that a recent negative test would be sufficient to access a venue, adding that any proposed changes would take effect from December 6.

She added: “Let me stress that we have not at this stage taken a decision to extend the reach of the scheme.

“However, to allow us to engage openly with businesses in the coming days about the pros, cons and practicalities, I can confirm that the kinds of settings that might be in scope would be indoor cinemas, theatres, and some other licensed and hospitality premises.

“I am acutely aware that many businesses want us to remove mitigations – including certification – not extend or tighten them.

“I understand that. But all of our decisions are and must be motivated by a desire to keep people safe but also to get through what will be a challenging winter without having to re-introduce any restrictions on trade.

“We want, if possible, for businesses to stay fully open over Christmas and through the winter, while also keeping Covid under control.

“If an expansion of Covid certification can help us do that, it would be irresponsible not to consider it.”

Proof of full vaccination is required to enter nightclubs and large events as part of the Government’s efforts to limit the spread of coronavirus and increase vaccine take-up.

Any event attended by a crowd of more than 10,000 people also requires a vaccine passport for entry.

Scots have to show proof they have had both vaccine doses, with a paper copy of the certificate or a QR code on the app.

Business leaders claim almost two-thirds of firms are opposed to the new measures being considered, fearing they could “place thousands of firms and jobs at risk”.

A total of 65% of companies surveyed for Scottish Chambers of Commerce (SCC) were against vaccine passports being used more in the hospitality and leisure sectors, together with increased home working and greater use of face coverings.

The poll, which almost 700 firms took part in, also found that a quarter (24%) of businesses face “severe financial consequences” if vaccine passports and home-working measures are widened.

Speaking ahead of Sturgeon’s announcement, SCC chief executive Liz Cameron warned: “Any reintroduction of restrictions will act as a painful economic deterrent for businesses across Scotland.

“We urge ministers not to take a massive step backwards in our economic recovery from the pandemic, which would place thousands of firms and jobs at risk.”

The latest data released on Tuesday shows the coronavirus death toll under the daily measure – of people who first tested positive for Covid-19 within the previous 28 days – is 9406.

The daily test positivity rate was 12.8%, up from 12.3% the previous day, figures published by the Scottish Government show.

There were 779 people in hospital on Monday with recently confirmed Covid-19, up eight on the day before, and 57 in intensive care, no change. 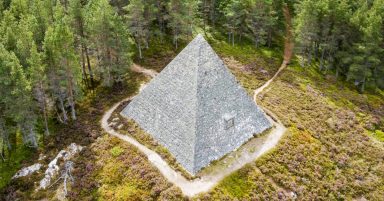 'Give teachers professional support to help manage demands of the job'