New figures released by the Scottish Government show 2128 patients are currently in Scottish hospitals with the virus. 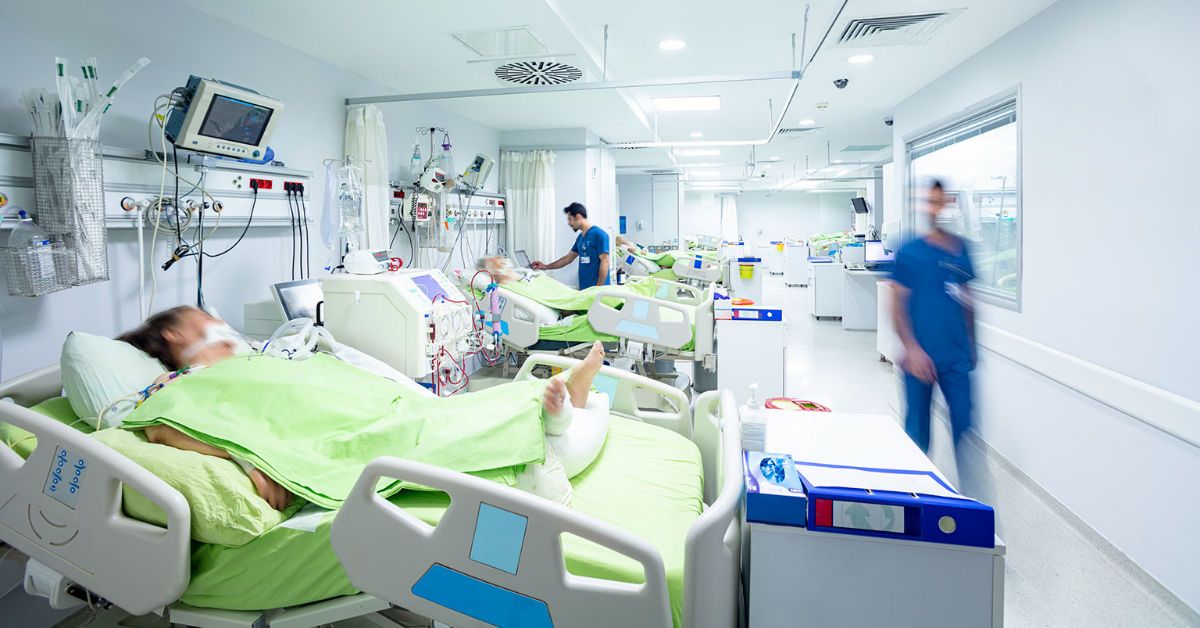 The number of people in hospital with coronavirus in Scotland has reached its highest total ever since the start of the pandemic.

Figures released by the Scottish Government show there are 2128 patients currently in hospital with the virus, 31 of those in intensive care.

The previous highest total for Covid hospital admissions was on January 22, 2021, when 2053 people were receiving treatment.

Meanwhile, Scotland reported 9533 new cases on Monday, of which 9.2% were reinfections.

No more deaths were reported, which means the number of people who have died within 28 days of testing positive for Covid-19 remains at 11,126.

Figures from the Office for National Statistics show cases have risen for seven weeks in a row, with 376,300 people likely to have had the virus last week – or one in 14 – up from one in 18 people the previous week.

The latest figures come as coronavirus restrictions were eased further on Monday despite record infection levels.

Customer details no longer need to be collected by hospitality venues, such as bars and restaurants, for contact tracing purposes.

Furthermore, the need for businesses, places of worship and others to “take reasonably practicable measures” set out in Scottish Government coronavirus guidance came to an end on Monday.

At the Royal Infirmary of Edinburgh on Monday morning patients on trollies were stacked up in corridors due to a lack of capacity.

Dr Caroline Whitworth, NHS Lothian acute medical director, told STV News: “What you see is how it’s been for the last few weeks and it’s how we predict it to continue for the next few weeks.

“Only come to the emergency department if you really need help.

“Think of alternatives like NHS inform, your GP, your local pharmacist.”

First Minister Nicola Sturgeon said the rise in cases was being driven by the BA.2 sublineage of the Omicron variant, which is estimated to be significantly more transmissible – with a growth rate since mid-February perhaps 80% greater than original Omicron.

She told Parliament last Tuesday: “BA.2 is now our dominant strain, accounting for more than 80% of all reported cases. BA.2 has become dominant in Scotland earlier than in England and Wales, hence the more rapid increase in cases here than south of the border in recent weeks – although cases and hospital admissions are now rising sharply again in England too.”

The legal requirement to wear face coverings on public transport and other indoor settings – such as shops and restaurants – was originally set to be converted to guidance on Monday.

But Sturgeon decided to extend the requirement for a further two weeks “at least” due to the recent spike in Covid case numbers.