Counting gets under way for council elections across Scotland

Voters went to the polls on Thursday to elect 1227 councillors in 32 local authority areas. 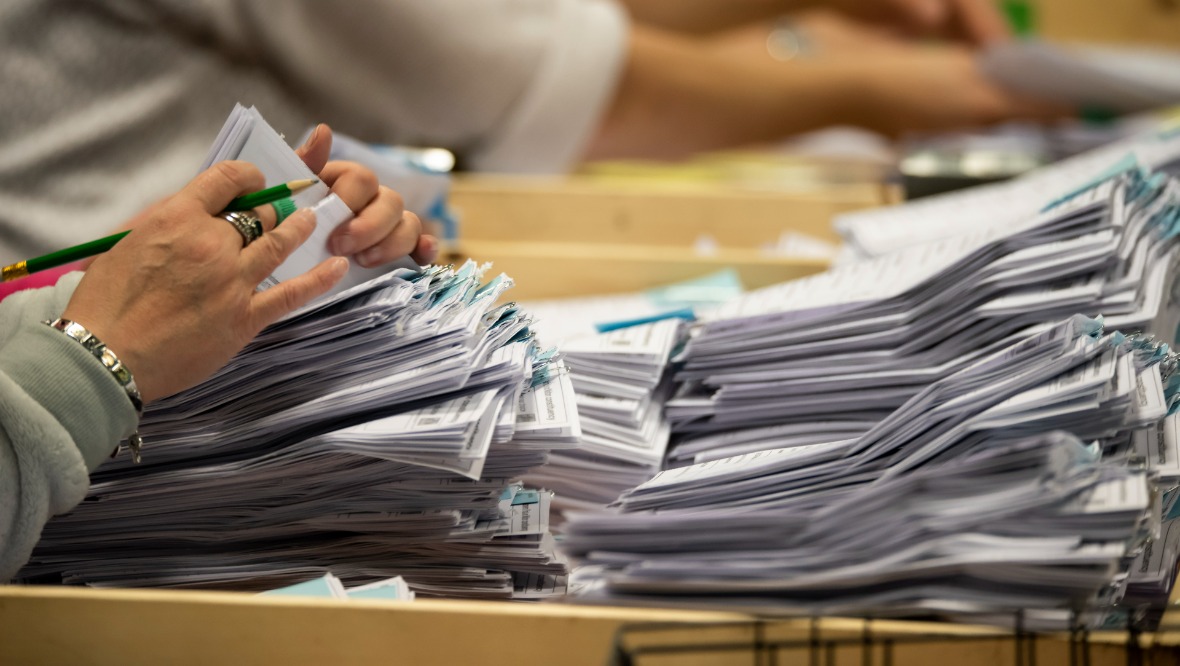 Counting has started in council areas across Scotland after voters went to the polls on Thursday.

A total of 1227 councillors are being elected in 32 local authorities.

The leaders of the country’s main political parties were among those casting their votes on Thursday at the end of an election campaign dominated by national issues and the cost-of-living crisis.

Councils hold responsibility for a range of local public services in your area.

But the cost-of-living crisis – prompted by an increase in fuel bills, national insurance contributions and inflation – has been top of the agenda for many.

Public anger over lockdown parties in Westminster, which have seen Prime Minister Boris Johnson, his wife Carrie Johnson and Chancellor Rishi Sunak, all fined by the police, could also impact on the Tories fortunes.

Recent polls have suggested the party could fall to third place, with Labour looking to oust them from second spot.

And while the SNP are certain to win most seats in the election, the STV (single transferrable vote) system of proportional representation used in local government ballots in Scotland makes it difficult for parties to win overall control of councils.

Counting of votes is taking place on Friday, with results from the 32 different local authorities expected to be declared throughout the afternoon.

After that, talks will take place to determine whether parties can operate as minority administrations, or if local coalitions can be formed.

At the last council elections in 2017, the SNP secured 431 council seats, with the Tories seeing 276 councillors elected, narrowly ahead of Labour, who returned 262 representatives.

A total of 172 independent councillors were elected, along with 67 Liberal Democrats and 19 Greens.