In a series of special reports, STV News explores how inflation is affecting individuals and communities across the country. 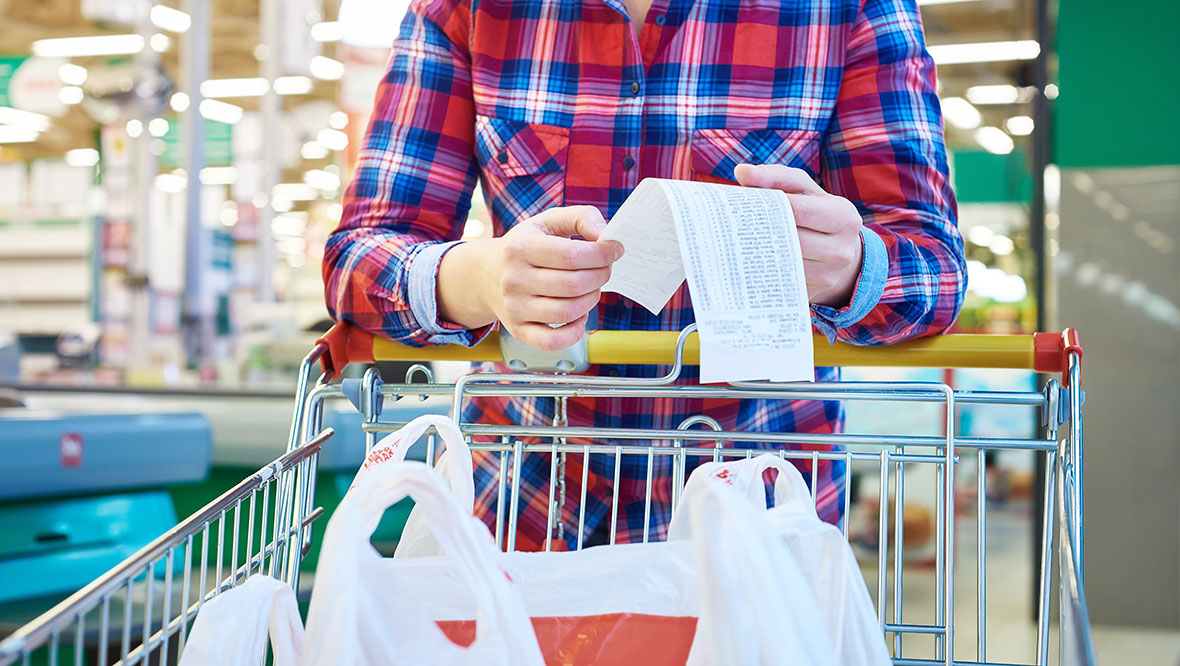 Fears are mounting that the cost of living crisis could tip the UK into recession as rocketing inflation sees households and businesses rein in spending.

Furthermore, the governor of the Bank of England says he believes inflation will hit Britain harder than any other major economy during the current energy crisis and that output is likely to weaken earlier and be more intense than others.

Over the coming months, STV News is exploring how the rising of cost of living is affecting individuals and communities across Scotland.

This week – in the first in a series of special reports – we look at how the cost of everything in your household is going up and we speak to pensioners, single mothers and business owners about their fears for the future.

We’ll also look at the unique issues facing rural areas of the country and examine the impact that rising prices have on what we produce on our land.

What is going up?

Fuel and fertiliser prices have gone up, contributing to an overall increase in farming costs by around 30%. Furthermore, petrol and diesel prices have reached record highs, which means filling up a 55 litre car now sets you back around £100.

That’s on the back of the oil price soaring because of Russia’s invasion of Ukraine. And as well as costing more to travel to the supermarket, it also costs more when you get there. It’s predicted that the average annual shopping bill will increase by around £380 this year because the cost of individual items is on the up.

Eggs, for example have increased by more than 12.5%, poultry by 13.5% and whole milk by around 15%. As a result, just getting up and making your breakfast in the morning is that little bit more expensive

A cup of tea and a couple of slices of toast is costlier because electrical appliances have increased in price and so too of course has the electricity powering them – by around 53% after the energy price cap was lifted in April.

And, of course, there’s gas. Wholesale prices have come down since the start of the war in Ukraine but nevertheless gas prices are up by around 95%.

Household goods like sofas have increased as well – but not by as much as garden furniture, which is up by around a quarter.

If after all of that, you want to sit back and relax while watching your favourite TV subscription service, well they have also gone up in price.

What is being done to curb inflation?

The Bank of England has put up interest rates. That means you’ll be paying more if you have a variable mortgage or if you have borrowings. But it could be good news if you’re a saver.

The bank’s experts set the rate at 1.25% last month, a rise from 1% previously, and the fifth increase in a row as it tries to tame runaway inflation.

It also warned that prices for households across the country might increase even further than previously thought.

Three of the nine-person Monetary Policy Committee voted for an even bigger hike, arguing that rates should rise as high as 1.5%.

The committee is tasked with keeping inflation constant at around 2%, a target it is currently well clear of. But things are set to get even worse later this year.

Experts currently expect that regulator Ofgem could put up energy prices even further, from £1,971 per year to around £2,800.

Are businesses worried about recession?

A survey by the British Chambers of Commerce (BCC) released on Monday found that two thirds of firms expect their prices to rise in the next three months.

The survey of 5,700 firms showed that measures for investment and longer-term business confidence have slipped back, hitting investment plans.

Confidence in profitability has taken a “significant knock”, with 28% of respondents predicting a decrease in profits.

BCC director general Shevaun Haviland, said: “The red lights on our economic dashboard are starting to flash. Nearly every single indicator has seen a deterioration since our last survey in March.

“Business confidence has taken a significant hit and fears over inflation and cost pressures are at new record highs.

“A cut in VAT on energy bills to 5%, and other steps to relieve the tax burden on firms to encourage investment are crucial.”

Retail, hospitality and leisure businesses have benefited from 50% rates relief for the first three months of 2022-23, capped at £27,500 per ratepayer.

But that temporary reprieve – introduced to help businesses combat the effects of the coronavirus pandemic – has now come to an end.

Dr Liz Cameron, chief executive of the Scottish Chambers of Commerce, said: “At our recent meeting with the chief secretary to the Treasury, we called for bold and immediate action to provide businesses with urgent support.

“The reported plans to temporarily cut VAT would be a helpful start if this is formally announced by the UK Government.

“However, this does not go far enough to mitigate the challenges that businesses face. The government must go further and introduce an SME energy price cap and cut VAT on business energy bills from 20% to 5%. Time is running out before we start to see businesses go under without this vital support.”

Is there any relief coming?

Some measures have been implemented by the UK and Scottish Governments in a bid to alleviate the pressure facing households.

The National Insurance threshold rises overnight this coming Wednesday from £9,880 to £12,570, which will save 30 million British workers up to £330 a year.

In a rare joint op-ed, Prime Minister Boris Johnson and Chancellor Rishi Sunak said the tax cut will amount to £6bn in value and lift 2.2 million people out of paying “any ­National Insurance or income tax on their earnings at all”, with “around 70% of British workers” paying less National Insurance.

It comes after the Prime Minister’s denial that his government is being “complacent” about spiralling inflation and said the “cost of freedom” is “always worth paying” amid soaring costs exacerbated by the Ukraine war.

She said: “The cost-of-living crisis did not happen overnight.

“Years of benefit cuts, pay freezes and failure to tackle rising energy bills, these were deliberate political choices forced on Scotland by Westminster governments that we did not vote for, and have had a devastating effect on living standards.

“These decisions help explain why independent countries comparable to Scotland outperform the UK on a range of indicators, wealthier, more equal and with less poverty, and therefore more able to withstand cost-of-living pressures.”

Opposition MSPs in Holyrood, however, accused Sturgeon of putting the “priorities of Scots on the backburner” to focus instead on her independence “obsession”.

Scottish Conservative leader Douglas Ross said: “We won’t play Nicola Sturgeon’s games. We won’t take part in a pretend poll when there is real work to be done.

“Those are our priorities and they’re the priorities of people across Scotland as well.

Scottish Labour leader Anas Sarwar said the First Minister’s timing was wrong in launching plans for Indyref2 while the Covid-19 pandemic is still causing people to lose their lives.

He said: “For households across Scotland, it doesn’t feel like this crisis is over.

“Isn’t it the case that the pandemic Nicola that said she wanted us to pull us through is gone, and the partisan Nicola Sturgeon that wants to divide our country is back, pursuing a referendum that two-thirds of Scots don’t want right now.”