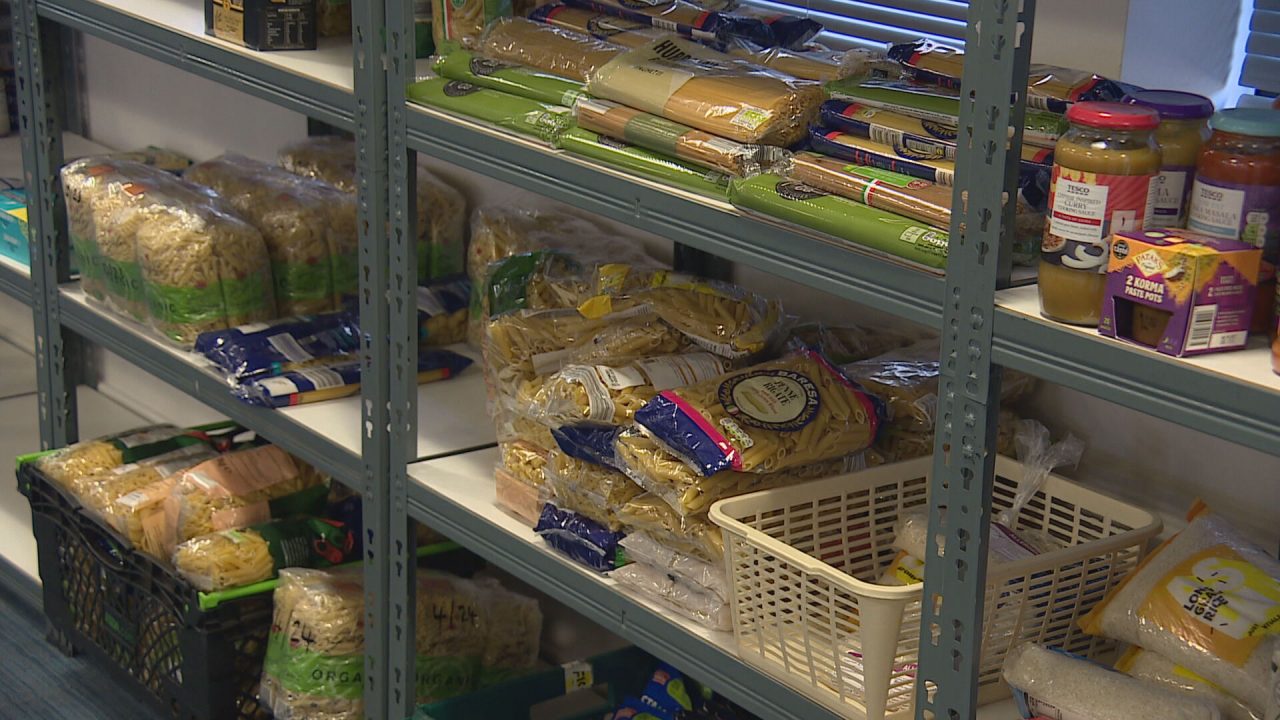 The cost of living crisis is driving food banks to “breaking point” after it was revealed millions of parcels were handed out in the last six months.

The Trussell Trust, who provide support to those in poverty, revealed that new research showed record-breaking levels of need, with one in five individuals referred to its network now coming from working households.

Figures from the charity revealed on Thursday showed that more emergency food parcels were given out during the April to September period than ever before, with over 320,000 people forced to turn to food banks for the first time.

Nearly 1.3 million food parcels were handed out by food banks in the Trussell Trust’s UK network over the same period – almost half a million of which went to children.

Josie Barlow, food bank manager at Bradford Foodbank said: “Someone who came to the food bank recently told me that ‘buying milk is a luxury now’. So many people are struggling with bills and food prices.

“We are fortunate to be able to help people and we work hard to support them in both the short and long term, but we are also facing challenges.

“We have seen a huge increase in people coming to the food bank in the last two months compared with the same period last year and our stock levels are very low for this time of the year.”

The trust has warned food banks are now at “breaking point” due to a “tsunami of need” driven by the cost of living crisis as it called on the UK Government to provide adequate support in its upcoming budget.

Emma Revie, chief executive at the Trussell Trust, said: “These new statistics show that, even in summer months, people are struggling to afford the essentials and we are expecting that this winter will be the hardest yet for food banks and the people they support. This is not right.”

She added: “We are calling for the Prime Minister to act decisively in next week’s budget. We urge the UK government to realise their commitment of supporting people on the lowest income with a broad package of support.

“As well as ensuring that benefits rise with inflation as soon as possible, this must go further to close the gap between price rises and incomes over the winter.”

A Government spokesman said: “We are directly supporting households in need following the aftershocks from the pandemic and Putin’s illegal war in Ukraine, including sending another Cost of Living Payment this month worth £324 to over eight million people, part of a £1,200 package for those on the lowest incomes.

“Our extensive immediate support for families also includes our energy price guarantee, saving around £700 for a typical household over winter, and our household support fund, worth over £1bn to help people with essential costs, combined with longer-term changes such as altering Universal Credit to help people keep £1,000 more of what they earn every year.”

The latest figures come as takeaway delivery company Deliveroo revealed it will launch a food collection service with the Trussell Trust in the run-up to Christmas.

Will Shu, chief executive of Deliveroo, said: “Our research highlights that people have food in their cupboards that they would like to donate, so working closely with the Trussell Trust, our ‘Collecteroo’ service will help make it easier for people to donate by connecting local residents to local food banks.

“Together with our consumers, we are committed to helping to tackle hunger across the UK.”