Confirmed Covid-19 cases have risen by 57 in the last 24 hours, the lowest daily number since March. 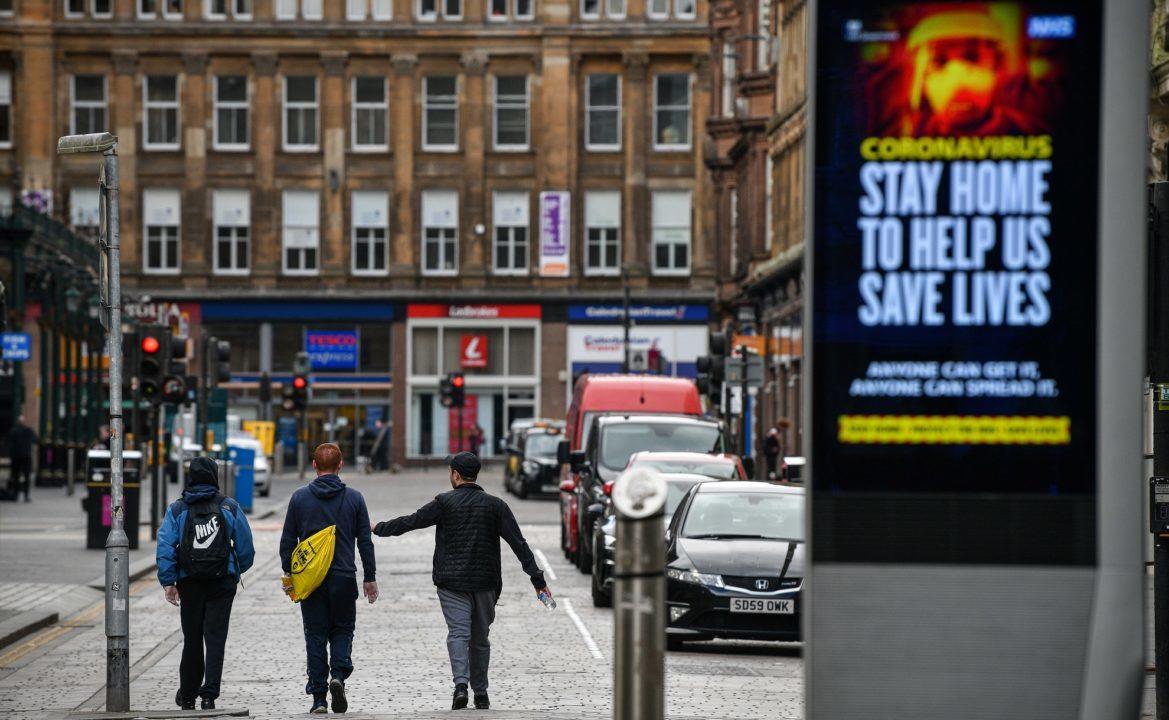 Another two people with coronavirus in Scotland have lost their lives, while new daily cases have fallen to their lowest level since March.

Just 57 new confirmed cases of Covid-19 were reported in the last 24 hours, the smallest number since March 25.

The death toll of those confirmed through a test to have the virus has risen by two to 2105, but counting suspected Covid-19 deaths the total is 3461.

But Nicola Sturgeon stressed the reporting of deaths is often lower at weekends.

Speaking at the Scottish Government’s Monday press briefing, the First Minister also highlighted a rise in the numbers in hospital.

A total of 1427 patients are in hospital overall with confirmed or suspected coronavirus – a rise of 119 – although the FM said confirmed cases in hospital have fallen.

Of those, 63 are being treated in intensive care, a rise of four on the day before.

Sturgeon confirmed a total of 3354 people who were hospitalised with the virus have been able to go home since the pandemic began.

It comes as official medical advice in the UK, including in Scotland, was updated to add a loss or change of one’s sense of smell or taste to the list of Covid-19 symptoms.

The First Minister also said there would now be an expansion in testing, saying that anyone over the age of five with any of these symptoms would be able to have a test booked.

Sturgeon said these would be available at the drive-in centres across the country, or through any of the mobile testing centres, with the scheme being a collaboration between the Scottish and UK governments.

While key workers will be prioritised, Sturgeon said the tests can be booked online.

She also said a “route map” will be published on Thursday for the paths out of lockdown in Scotland.

The FM said the reproduction rate of the virus will be outlined, along with taking into account the findings of the weekly National Records of Scotland (NRS) report.

If progress is made in reducing the spread of the virus, Sturgeon said there could be changes made after the next review date, due at the end of May.

The changes could include some sporting events being allowed, the opening of garden centres and letting people meet those from other households, provided social distancing is followed.

The First Minister also indicated that more will be said about when schools might reopen.

She said: “Within two weeks, my hope is that we will be taking some concrete steps on the journey back to normality.

“As I’ve said before, it won’t be normality as we knew it because the virus will not have gone away, but it will be a journey to a better balance – I hope – than the one we have today.

“As we take each step, we must make sure that the ground beneath us is as solid as possible.

“That’s why sticking with the lockdown restrictions a bit longer to suppress the virus more is so important, because that will mean we can start to take these steps with the confidence that we have alternative means of effectively keeping it under control.”

Watch: Covid update as Scotland to ease most remaining restrictions