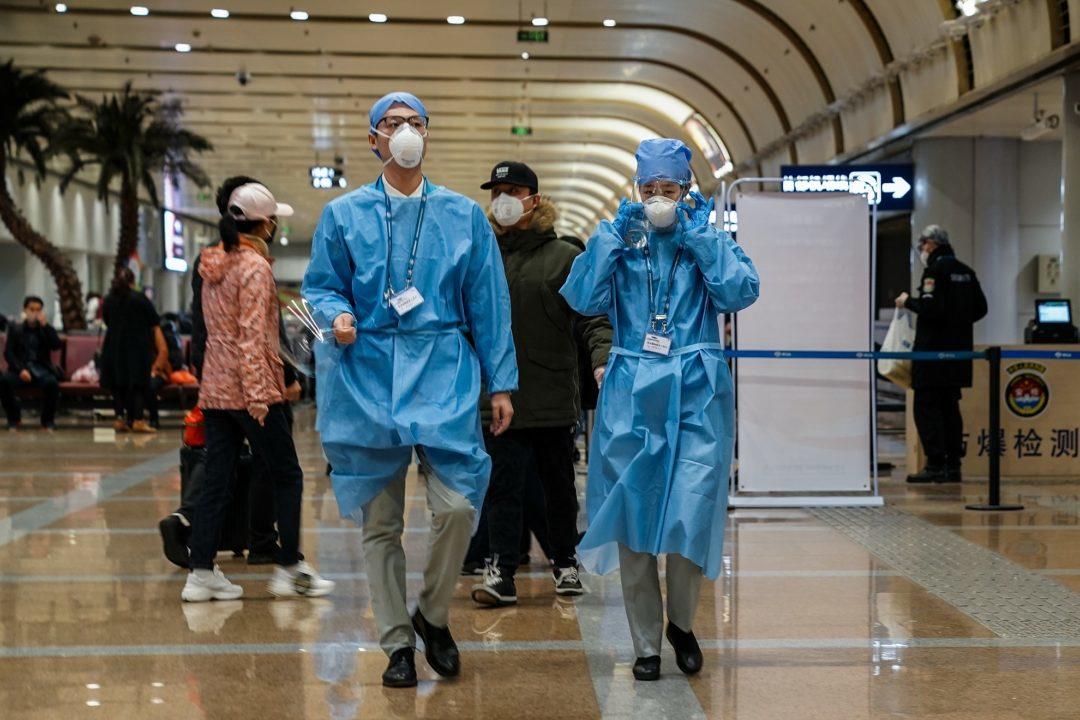 A Scottish scientist at the forefront of developing a coronavirus vaccine hopes a jab will be ready for human testing next month.

Dr Kate Broderick, originally from Dunfermline, heads up a team of scientists in the US aiming to fast-track a Covid-19 vaccine into circulation.

The 42-year-old stressed developing a vaccine was still a “long process” with major regulatory obstacles to overcome.

But she said she was “very excited” by the results so far in her laboratory in San Diego, California, where she works as senior vice-president of research and development at biotech company Inovio.

Dr Broderick said it first received a genetic sequence of the coronavirus from the Chinese government on January 11, then set about designing a DNA-based medicine against the virus.

She told STV: “We completed that in approximately three hours and immediately synthesised the piece of DNA in coding the vaccine and have put that into manufacturing.

“In the past two months have started testing that vaccine in the laboratory and we’ve been very excited by the results that we’ve generated thus far.

“Those results are going to be used as the foundation for taking this vaccine into human clinical testing which we hope to start in April, next month.”

Inovio also worked on vaccines for Ebola and the Zika virus, a disease mainly spread by mosquitoes.

Dr Broderick said: “In my own career, the fastest we had ever achieved a vaccine development from receiving the virus sequence to putting it into a patient in clinical testing was for Zika.

“We did that in seven months and at that time we felt that was an amazing accomplishment.

“Compare that to what we’re trying to do for (coronavirus), where we’re trying to do the same in four months, we’ve really pulled out all the stops to try to get this vaccine ready as fast as possible on the basis that there’s really this critical need at the moment.”

A patient in England, reported to be a woman in her 70s with underlying health conditions, on Thursday became the first person in the UK to die after being diagnosed with coronavirus.

The number of UK cases of Covid-19 has surged to 116 – more than doubling in 48 hours – with Downing Street warning it was “highly likely” the virus will spread “in a significant way”.

First Minister Nicola Sturgeon issued the same warning as the number of Scottish cases doubled overnight on Thursday from three to six.

No 10 confirmed Boris Johnson will chair a meeting of Cobra’s civil contingencies committee on the coronavirus on Monday.

While the UK and Scotland remain in what governments call the “containment phase” of tackling the disease, officials will now “accelerate work” on the next planning stage, called the “delay phase”.

Where the containment phase involves trying to catch cases early and trace everyone the patient has contacted to avoid spreading Covid-19, the delay phase looks at slowing down its spread by considering measures such as closing schools, cancelling large-scale gatherings and encouraging people to work from home.

Worldwide, infections of the virus reached 100,000 cases on Friday, with more than 3400 deaths so far.

It is anticipated between 50% to 80% of the UK population could contract coronavirus as the outbreak progresses, although it is hoped as few as 4% of those will require to be hospitalised.

Dr Broderick said once they get the results of their initial trial, based in the US, China and South Korea, that data will then be used to approach medical regulators around the world to try to launch a wider trial and, ultimately, distribution around the globe – but that process could take until the end of the year or beyond.

She said: “Unfortunately, as I’m sure you can imagine, developing a vaccine is quite a long process and although we’re doing our absolute best to speed things up as much as we possibly can, there are some limits to that.”

She praised the UK response to tackling the coronavirus, saying: “Other countries are a wee bit lagging behind but I think the UK’s really out in front of the problem which is great to see.

“There’s an awful lot of misinformation on the internet about the virus which really concerns me an awful lot.”

More resignations ahead of Boris Johnson's grilling at Liaison Committee

Annie Lennox 'honoured' to have university building named after her

Children at risk of 'unprecedented' rise in online grooming