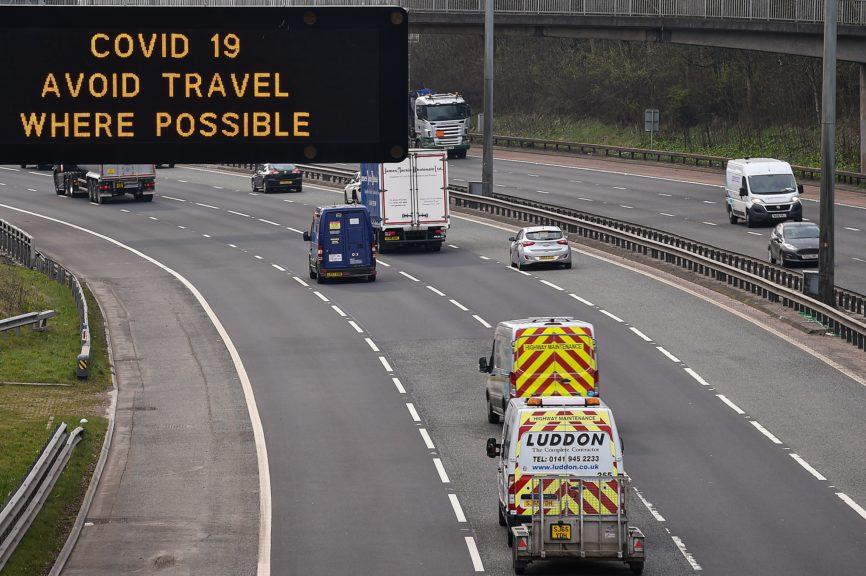 Six more people have now died in Scotland after being diagnosed with coronavirus, taking total patient deaths to 22, Nicola Sturgeon has said.

It’s the biggest daily rise in cases in Scotland since the outbreak began, an increase of around a quarter (23%) on the 584 patients reported on Tuesday.

The First Minister also confirmed 51 patients who either have Covid-19 or are showing symptoms are currently being treated in intensive care units in Scottish hospitals.

With the country in lockdown, the FM said she “remains concerned some workers have been put under unacceptable and unnecessary pressure” to continue working during the outbreak.

The government says you must stay at home unless you are a key worker who cannot work from home.

Speaking at a press briefing in Edinburgh, Sturgeon announced the Scottish Government and the Scottish Trades Union Congress have signed a joint agreement on fair work concerning the virus.

She said further guidance will be made available to employers, adding: “Fundamentally, most businesses should and will know whether they will be closed and we are relying on them to be responsible at this time of emergency and put the health of their workers first.”

The First Minister said the Scottish Government is setting up a new scientific advisory group on the coronavirus to “supplement” UK scientific efforts.

Dumfries and Galloway is reporting 31 Covid-19 patients, an increase of five, and there are 29 each in Fife and Grampian (rises of four and five respectively).

Shetland is unchanged on 24, while there are 22 cases being treated by NHS Highland (up nine), and three more by NHS Border, taking their total to 15.

No confirmed coronavirus cases have been reported on Orkney or the Western Isles.