The latest figures revealed the highest daily death toll since May. 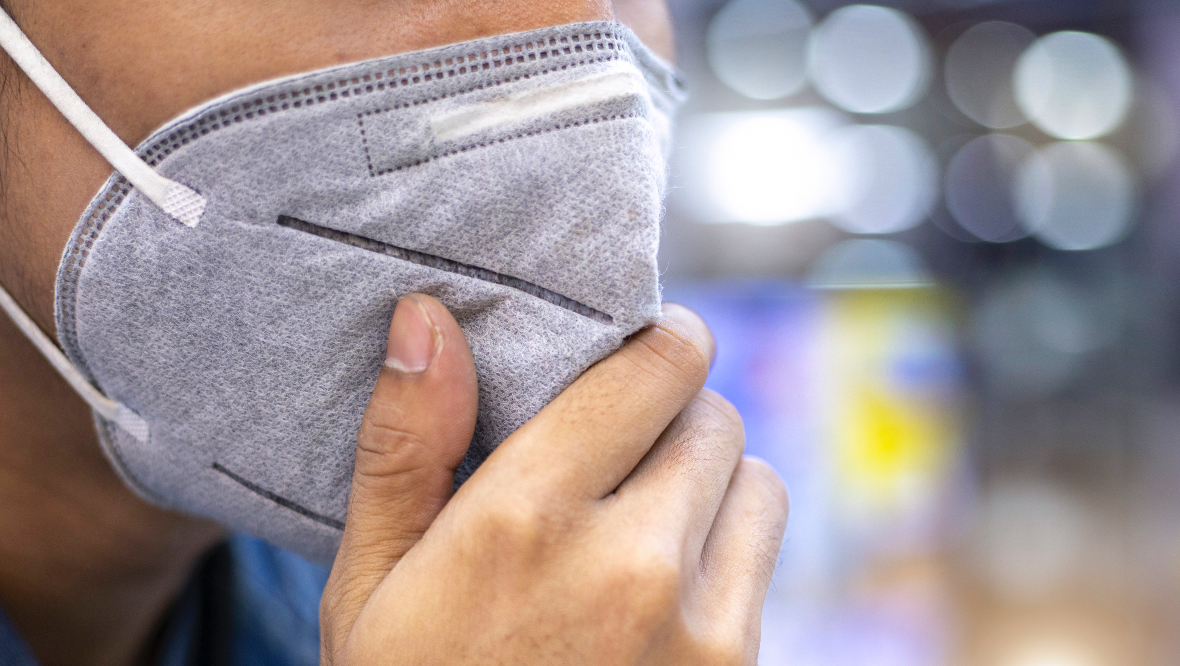 Another 64 people with coronavirus have died in Scotland – the highest daily total since May.

There are 1235 people in hospital confirmed to have the virus, down four in 24 hours.

Of these patients, 93 are in intensive care, down by nine.

The weekly report from National Records of Scotland says that between November 2 and November 8 206 death certificates mentioned Covid-19.

Speaking at the daily coronavirus briefing, the First Minister said there were parts of Scotland with “stubbornly high levels” of coronavirus, although no part of the country will move to the top tier – Level 4 – of restrictions.

“For example, for those currently in level three that are several areas – particularly in the west of Scotland – where either the increase in cases has stabilised but at a stubbornly high level, or where numbers are currently rising at a rate that is causing us concern.

“We’ve concluded that it is not necessary at this stage to move any of these areas up to level four, but clearly that’s an option we cannot rule out and we’ll be monitoring these areas very closely in the days ahead.”

The FM repeated the announcement that islanders in Orkney, Shetland and the Western Isles will be able to meet others inside homes.

Sturgeon said this was possible because of the “very low number of cases on the islands”.

But the other two level one regions – Moray and the Highlands – will still face restrictions on meeting in homes, except for essential purposes like providing care.

Sturgeon said: “The case numbers in these areas, although relatively low compared to other parts of Scotland, have been volatile and have seen a slight increase in recent days so we want to be very cautious before easing restrictions there.”

She also explained that Fife, Angus and Perth and Kinross are all moving up to level three restrictions because “case numbers in all three of these areas have been increasing really quite sharply in recent days”.

Sturgeon added: “We believe that the best way of handling that increase is to introduce tighter restrictions now to try to get it under control before the situation deteriorates any further.

“Hopefully this move to level three will have an impact and Fife, Angus and Perth and Kinross will be able to return to level two before too long.”

The FM said the “coding error” which led to an overestimation of the number of people traced within 24 hours of a contact testing positive for Covid-19 has now been rectified.

The figures, first reported by The Scottish Sun, showed the system performing up to five times worse than previously thought, with contact tracing taking longer than 72 hours to complete in some cases.

Sturgeon said: “There has been a coding error going back in terms of how Public Health Scotland have been classifying cases.

“It means some of the cases they had classified as being processed within zero to 24 hours actually should have fallen in 24 to 48 hours. And that has changed some of the figures.”

She stressed the Test and Protect system is “working well”, saying the WHO target is for at least 80% of new coronavirus cases to have their close contacts traced and quarantined in 72 hours of them being diagnosed.

The latest figures, for the week up to November 8, show 95.8% of contact tracing of all positive cases was completed within 72 hours, Sturgeon said.

“So Test and Protect is working well. Like any system it is not going to be perfect, the coding error should not have happened but it happened, these things do happen. It has been rectified.”

Scottish Liberal Democrat leader Willie Rennie called for an urgent statement to the Scottish Parliament on how the “suspect statistics” were published.

His Scottish Conservative counterpart Douglas Ross criticised the “wildly inaccurate” data and said it “beggars belief that this has gone unnoticed for months”.

Ross said: “However, it’s not just about dodgy data, this risks harming our ability to fight the spread of the virus.

“We need answers and reassurance on this as a matter of urgency.”

Public Health Scotland said the coding error has not affected any strategic or operational decision-making on the contact tracing programme.