The First Minister confirmed the outcome of the latest review in the Scottish Parliament. 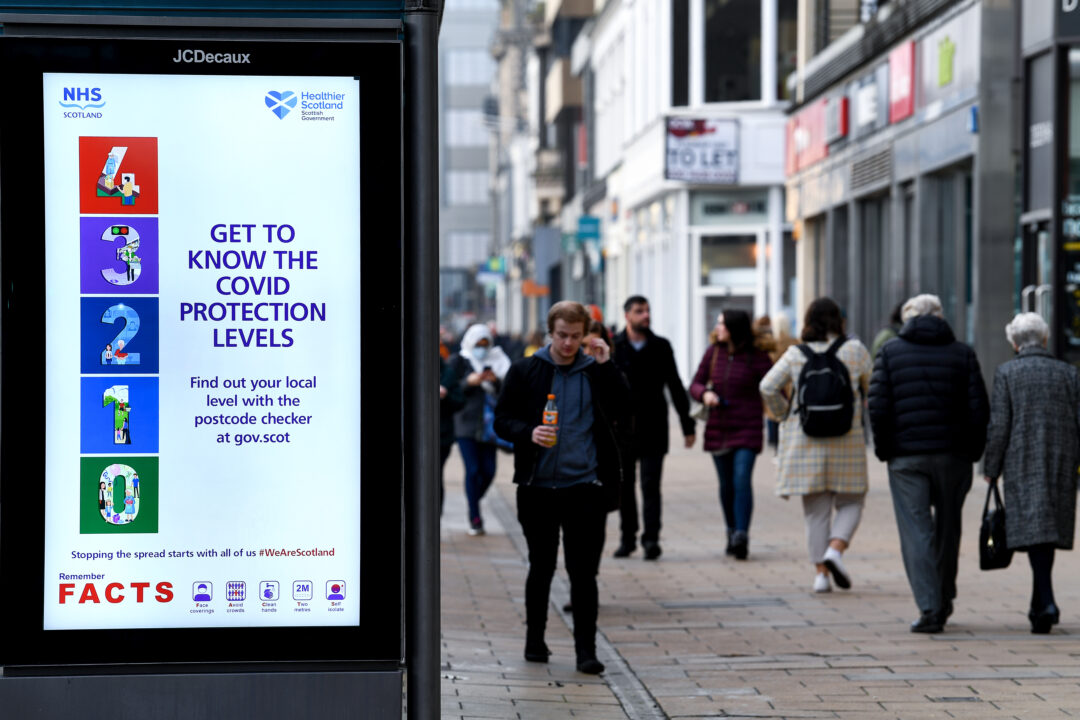 Another 41 people with coronavirus have died in Scotland, as East Lothian remained the only area to change restriction levels in the latest review.

The local authority moved from level three to level two on Tuesday morning, but Midlothian, where businesses had been hopeful of a change, will stay in level three.

Concern had been expressed about a rise in cases of the virus and test positivity rates there over the last week.

First Minister Nicola Sturgeon said in the Scottish Parliament: “With the exception of East Lothian, which this morning moved from level three to level two, I can confirm that the Scottish Government is not proposing any changes to the levels that currently apply to each local authority area.

“The latest data shows that across the whole country and within most local authority areas, the restrictions in place are having an impact.

“The number of new cases across the country has stabilised in recent weeks… We now have grounds for cautious optimism that numbers may be declining.”

The R number now stands somewhere between 0.8 and one, the First Minister added.

Currently, 11 council areas are at level four – the highest tier of restrictions – and will remain there until December 11.

Clackmannanshire and Perth and Kinross are being monitored closely due to a rise in cases.

Scotland moved into a five-tier alert system at the beginning of the month in an effort to curb the spread of coronavirus in high-prevalence areas but allow more freedom in places with fewer cases.

Councillor Derek Milligan, the leader of Midlothian Council claimed that many local businesses are facing ‘devastation’ after the area remained in level three.

Here is a full list of where each council area sits in the system:

No local authority has been placed at level zero..