Rail services have ground to a halt as a result of UK-wide industrial action. 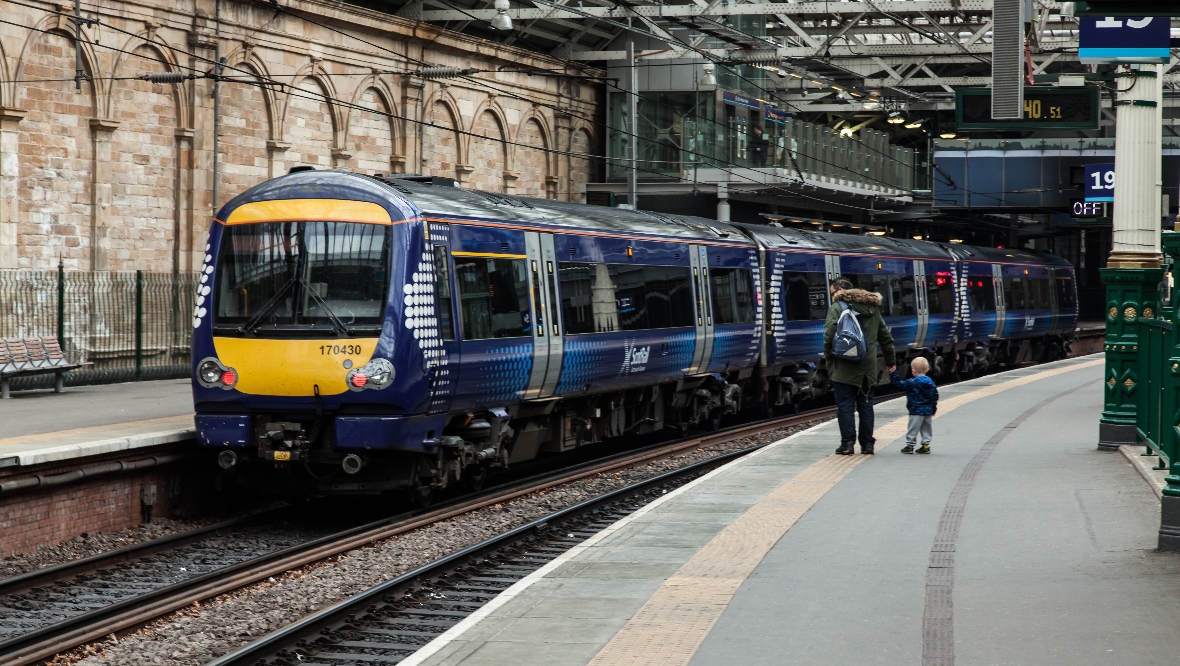 Commuters and businesses are bracing themselves for a week of travel chaos as the first of three planned rail strikes kicks off.

Nearly all of ScotRail’s services ground to a halt on Monday night as a result of UK-wide industrial action involving Network Rail signal workers, which begins on Tuesday.

Fewer than one in five trains in Scotland will run, with limited services running in the central belt for just 11 hours.

Tens of thousands of rail workers will participate in the strike in a row over pay, which will cripple services for most of the week.

Strikes will take place on Tuesday, Thursday and Saturday, with action expected to majorly impact services on each of the following days.

Last minute talks on Monday failed to resolve the row over pay and working conditions.

A pub owner from Edinburgh is one many business owners concerned about the impact the strike will have after being hit with over 170 cancellations already.

Daniel Wylie, who runs Brewhemia at Waverley Station, told STV News: “We cater a lot to the train station in terms of being an easy meeting point for corporate clients, for people just meeting up socially.

“It’s easy to come in for food and drinks before a train or after a train.

“It’s just a great location provided the trains are running.

“So far for the staff are finding difficulty in getting home and attending shifts in the first place.

“So, we’ve booked accommodation for some of them, but that’s not possible to do for absolute everyone.

“For the customers, we’ve had roughly 170 cancellations so far.”

This dispute does not involve ScotRail staff, however, it does have a major knock-on effect on the train operator’s ability to provide services as the planned action involves Network Rail staff in Scotland who are members of the Rail, Maritime and Transport union.

Just 180 of the 1,456 trains on ScotRail’s timetable, which has already been reduced by a third as part of a separate pay dispute with drivers, will be able to run.

The recently-nationalised train operator urged customers to only travel if they really need to, and said they should consider alternative options where possible.