Clap for our carers: Blue salute as trains toot their horns

The campaign continues to recognise key workers and all those on the frontline battling to stop the spread of Covid-19. 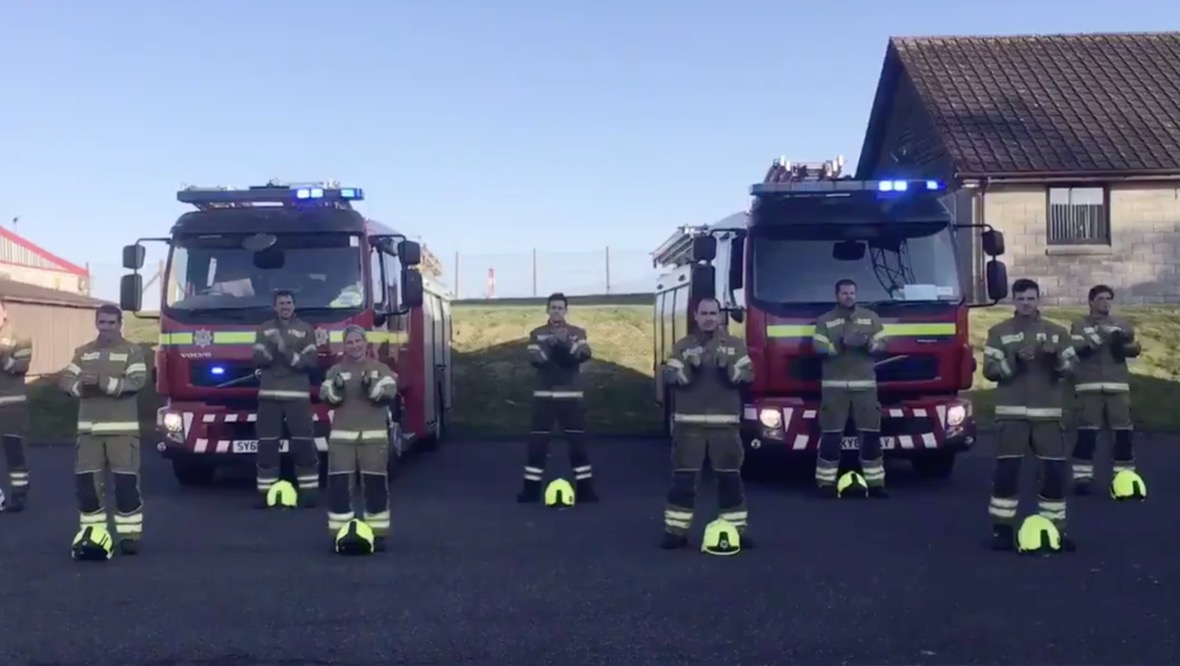 The nation has once again come together to thank the NHS workers fighting coronavirus.

Now in its sixth week, the clap for our carers campaign continues to recognise key workers and all those on the frontline battling to stop the spread of Covid-19.

At 8pm on Thursday, people across the UK showed their appreciation for health staff by cheering and applauding into the streets.

First Minister Nicola Sturgeon tweeted a video of her applauding, and added: “Thank you so much to everyone working hard every day to care for us and keep our essential services going.”

The team at Invergordon fire station in the Highlands paid a special blue light tribute.

The Eastfield depot team in South Lanarkshire also tooted their horns in celebration.

He said: “And another week of hard work by NHS staff at NHS Greater Glasgow and Clyde.

“Continued thanks and appreciations, especially ICU staff on the first floor.”