Network Rail workers continue the second of two 48-hour walk-outs on Saturday on the last weekend before the festive holidays. 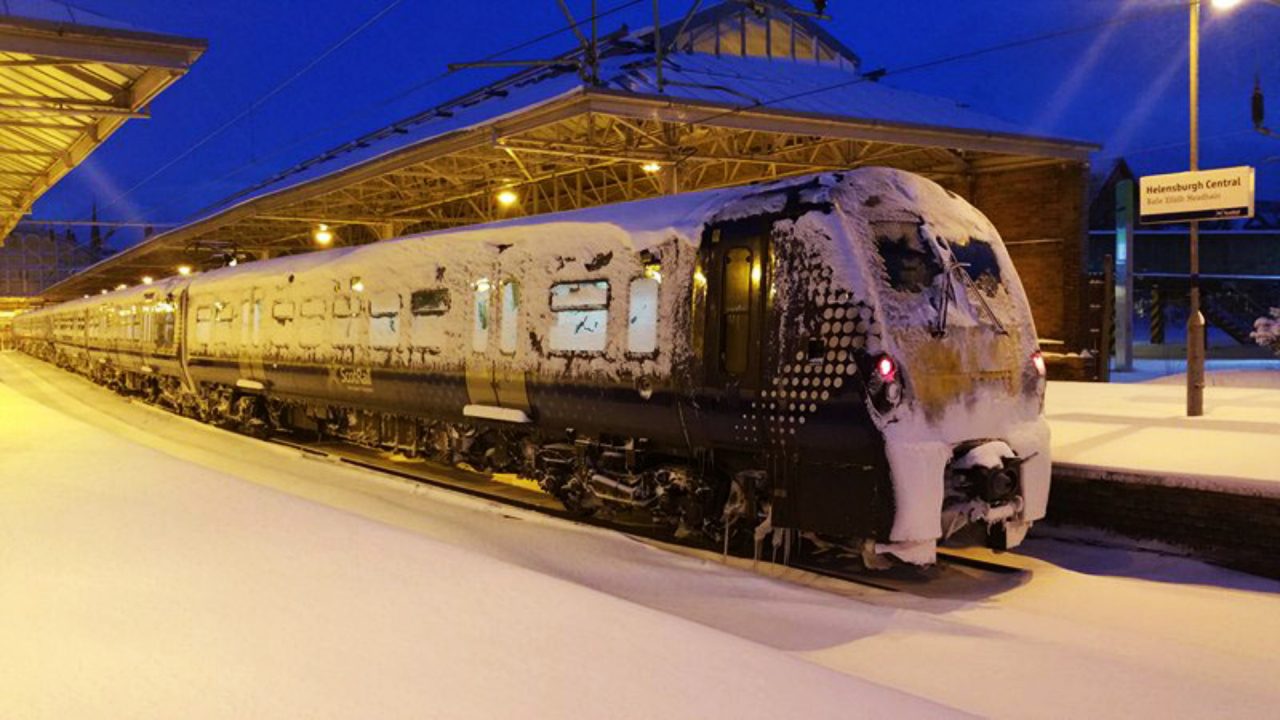 There will be almost no weekend train travel across Scotland as staff continue their second 48-hour rail strike on Saturday.

The second began on Friday morning, impacting the last weekend of shopping before Christmas.

ScotRail urged people to only travel if necessary, with services running on just 12 routes across the central belt, Fife and Borders.

Members of the Transport Salaried Staffs Association (TSSA) who work for Network Rail voted overwhelmingly to accept a pay offer on Thursday.

But the Rail, Maritime and Transport (RMT) union remains in dispute with the national railway operator after its members rejected an offer earlier this week.

Disruption to rail travel across Scotland continues and will still have an impact on Sunday, the day after the second 48-hour strike ends.

On Friday, it was revealed the head of Scotland’s state-run railway firm who was accused of threatening staff with compulsory redundancies is leaving his role less than a year into the job.

Rail unions – Aslef, RMT, TSSA and Unite – made accusations against Gibb of having acted in a more “controversial and provocative way” than any of ScotRail’s previous private sector operators.

Train passengers planning Christmas Eve trips are being told to complete journeys as early as lunchtime due to industrial action.

When the strike was announced, the RMT said it will “only affect engineering work and not train services”.

But several operators across the UK have issued alerts to passengers warning of disruption.

Services run by train companies are usually exceptionally busy on the afternoon and early evening of Christmas Eve.

But Avanti West Coast’s last trains will be as early as 10.40am from Glasgow to London Euston and 12.34pm from London Euston to Liverpool.

Great Western Railway is urging customers to only travel on Christmas Eve if it is “absolutely necessary”.

Those planning to travel are being told to book a seat for a specific service and “complete their journeys by lunchtime”.

South Western Railway said its services will “shut down at 3pm”, with last trains departing as early as noon.

It told passengers to “only travel if absolutely necessary.”

The RAC said disruption to rail services may lead to an even bigger spike in traffic on Britain’s roads on Christmas Eve as millions of people make getaway journeys.

“We know there is a sizeable number of RMT members who want this deal and we can see that strike action is beginning to break down.

“Thousands of colleagues have refused to strike this week, instead coming in to work to keep services running and Britain moving. It is time the RMT executive put their members’ interests first and end this dispute.

“Their needless strike action is sabotaging the railway and will cost our employees, their members, dearly.”

A Department for Transport spokesman said: “It will come as a relief to the public and the workforce that TSSA has accepted this offer, which guarantees their members a fair pay rise and no compulsory redundancies while moving us a step closer to fixing our railways.

“The tide is turning and it is clear to everyone that this offer is fair and reasonable, giving better pay to workers but delivering vital reforms to our railways.

“We urge the RMT to back this deal and call off their strikes – ending a dispute which not only damages the rail industry and our economy, but ruins festive plans for hard-working people after two years of virtual celebrations.”