‘Children not put at direct harm going back to school’

The study, published in The BMJ, is the largest in the world examining children hospitalised with Covid-19. 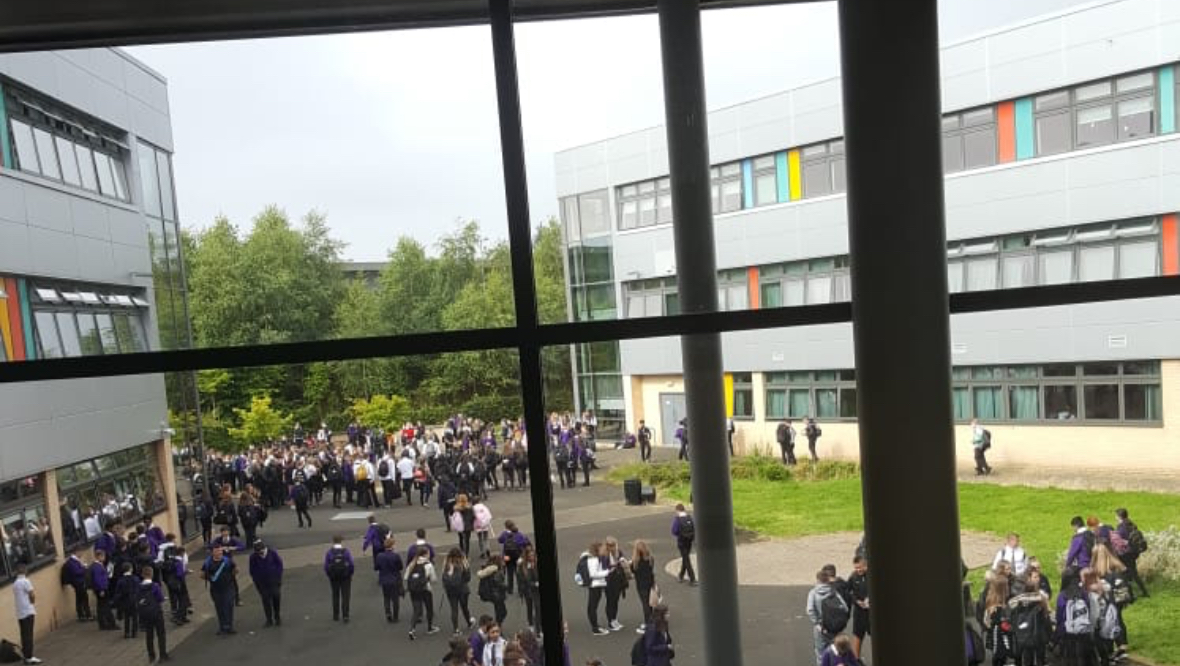 Parents should be reassured by a new study which shows the proportion of children who get severe Covid-19 is “rare” and death is “vanishingly rare”, its authors have said.

In the largest study in the world examining children hospitalised with Covid-19, researchers examined the characteristics of youngsters admitted to hospital and those who have severe disease.

They stressed the absolute risk to children being admitted to hospital is “tiny” and the risk of needing critical care is “even tinier”.

While the overall numbers were small, the team were able to identify which children were more likely to need critical care support in hospital – including newborns under the age of one month, children aged ten to 14, black children and children who are obese.

They were able to identify a “cluster” of symptoms linked to the hyper-inflammatory response to Covid-19 seen in a small number of children – which are slightly different to those currently known in the medical community.

Six children died in the study, all of whom had “profound comorbidities”.

“Severe disease is rare and death is vanishingly rare,” said Calum Semple, professor of child health and outbreak medicine at the University of Liverpool.

“They should be confident that their children are not going to be put at direct harm by going back to school and we do know that they are harm by being kept away from school because of the lack of educational opportunities, and that’s affecting mental health.”

The new study, published in The BMJ, examined data on children and young people admitted to hospital with Covid-19 across England, Wales and Scotland.

There were 651 children admitted to hospital – and of these 42% had another medical condition.

Under one in five (18%) were admitted to critical care during the study period – from the start of the crisis until July 3.

The researchers also examined data on 52 children who showed signs of a hyper-inflammatory response to Covid-19.

These youngsters were five times more likely to be admitted to critical care.

If doctors had used the criteria of symptoms set out by the World Health Organisations, then “a lot” of the children would not have been defined as having the hyper-inflammatory response, Prof Semple added.

Separately, Professor Athimalaipet Ramanan, consultant paediatric rheumatologist at Bristol Royal Hospital for Children, told a Royal Society of Medicine webinar that persistent fever and abdominal pain are “key presenting features” of the syndrome and should “not be ignored and should get medical attention”.

He said studies to date have shown most children respond well to intravenous immunoglobulin and steroids as treatment, and added his voice to the reassurance about children returning to school.

He said: “I think the benefits of children going to school significantly outweigh any tiny risk.”

“Nothing is ever risk free, but for myself as a parent, as a children’s doctor and as a researcher, I find this study and these numbers extremely reassuring.

“I hope that they do reassure parents throughout the UK.”

When asked about the number of black children admitted to critical care, Prof Semple said: “The fundamental issue here is that we did not have any deaths in otherwise healthy school-aged children.

“So, a black completely healthy child, no risk at all.

“So that that’s the sort of the key feature here is that Sars coronavirus is not causing death in children.

Prof Semple said the study was a “gargantuan” effort on behalf of NHS staff, with around 3,000 nurses and medical students from 216 hospitals filling in paper-based reports and manually uploading them to the study team.