Charles: Philip would be ‘deeply touched’ by public support

Prince of Wales says reaction to his father's death will sustain royal family 'at this particularly sad time'. 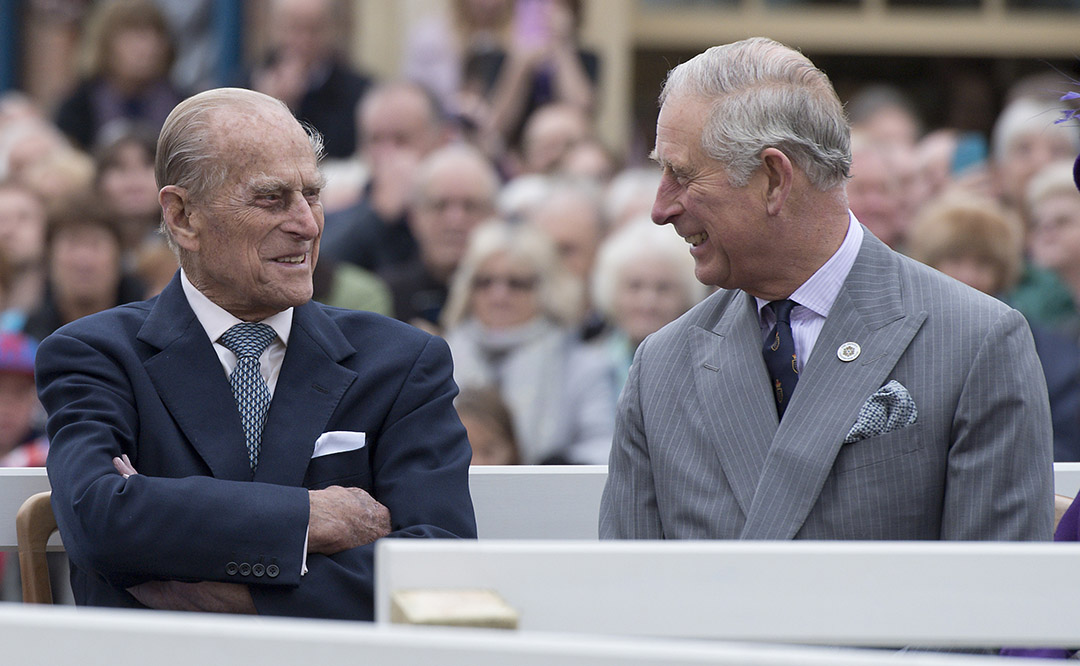 The royal family are being helped through this “particularly sad time” by the public outpouring of support following the death of the “much-loved” Duke of Edinburgh, the Prince of Wales has said.

Charles spoke movingly of his “dear Papa”, who he said had devoted himself to the Queen, his family and the country for some 70 years.

The UK is officially in a period of national mourning for the next week, up to and including Philip’s funeral on Saturday afternoon.

A remembrance service will be held at Canterbury Cathedral on Sunday, with the Archbishop of Canterbury in attendance.

Next Saturday’s royal service in St George’s Chapel, Windsor Castle, will be like no other, with the Queen and her family wearing face masks and socially distancing as they gather to say their final farewell amid coronavirus restrictions.

Speaking from his Gloucestershire home of Highgrove, Charles said his father had “given the most remarkable, devoted service to the Queen, to my family and to the country, but also to the whole of the Commonwealth”.

He added: “As you can imagine, my family and I miss my father enormously,” and said Philip would be “deeply touched” by the people around the world sharing “our loss and our sorrow”.

Charles said: “My dear Papa was a very special person who I think above all else would have been amazed by the reaction and the touching things that have been said about him, and from that point of view we are, my family, deeply grateful for all that.

While Charles spoke for the family on Saturday, his siblings visited the Queen – with the Duke of York and Princess Royal spotted at Windsor.

The Earl and the Countess of Wessex spent around an hour with the Queen at the castle, with a tearful Sophie telling reporters as she left: “The Queen has been amazing.”

Philip’s wishes are the driving force behind the funeral plans, and on the day his coffin will be transported from the castle to the chapel in a specially modified Land Rover he helped to design, and followed by Charles and senior royals on foot.

The coffin will be covered by the duke’s personal standard together with his naval cap and sword and a wreath of flowers.

Only 30 people – expected to be the Duke’s children, grandchildren and other close family – will attend as guests, but the Duchess of Sussex has been advised by her doctor not to travel to the UK for the funeral, a Palace spokesman said.

Mourners coming from outside England are required to self-isolate for the first full 10 days after they arrive, but are allowed to leave on compassionate grounds to attend a funeral of a close family member.

The Duke of Sussex, who will have travelled from the US, could also be released from quarantine if he gets a negative private test on day five under the Test to Release scheme.

Prime Minister Boris Johnson has given up his seat at the funeral to allow a family member to attend, No. 10 said.

While all public elements of the funeral – to take place entirely in the grounds of the castle – have been cancelled, it will be televised.

As the funeral procession makes its way through the grounds of the castle, Charles will be joined by senior royals – but not the Queen – walking behind the coffin and followed by Philip’s household, the most senior figure his private secretary Brigadier Archie Miller-Bakewell.

The route of the procession will be lined by representatives from the Royal Navy, Royal Marines, Army and RAF and the Service chiefs will walk ahead of the coffin, with the cortege led by the Band of the Grenadier Guards.

The Archbishop of Canterbury Justin Welby and David Conner, the Dean of Windsor, are expected to officiate at the service.

Mr Welby, giving a reflection from the chapel at Lambeth Palace on Saturday evening, said Philip had been someone with a “deep and genuine sense of service and humility”.

He said: “It wasn’t ‘me, me, me’. It was about the world, about those he served, and in doing that his own role was more and more significant.

“He had a righteous impatience. He would not accept the status quo. If things were not right, he would say so and say so quickly, and clearly, and often bluntly.

“Prince Philip, also though, had a deep and genuine sense of service and humility.”

He described him as someone who “knew the talents he had and what he could bring, and he brought them 100%, at full throttle, right through his life”.

The duke died peacefully in his sleep at Windsor Castle on Friday, two months before his 100th birthday.

On Saturday, gun salutes were fired across the UK, in Gibraltar and at sea in tribute.

A Palace spokesman said the royal family hoped the coming days would be seen as a chance to celebrate the duke’s “remarkable life”.

He added that despite the “significant adaptations” due to the pandemic restrictions, the occasion “will be no less fitting a farewell to His Royal Highness”.

The royal family has appealed to people who wish to pay their respects in person to stay at home instead.