Some have lost electricity in their houses as rising water levels make travel impossible. 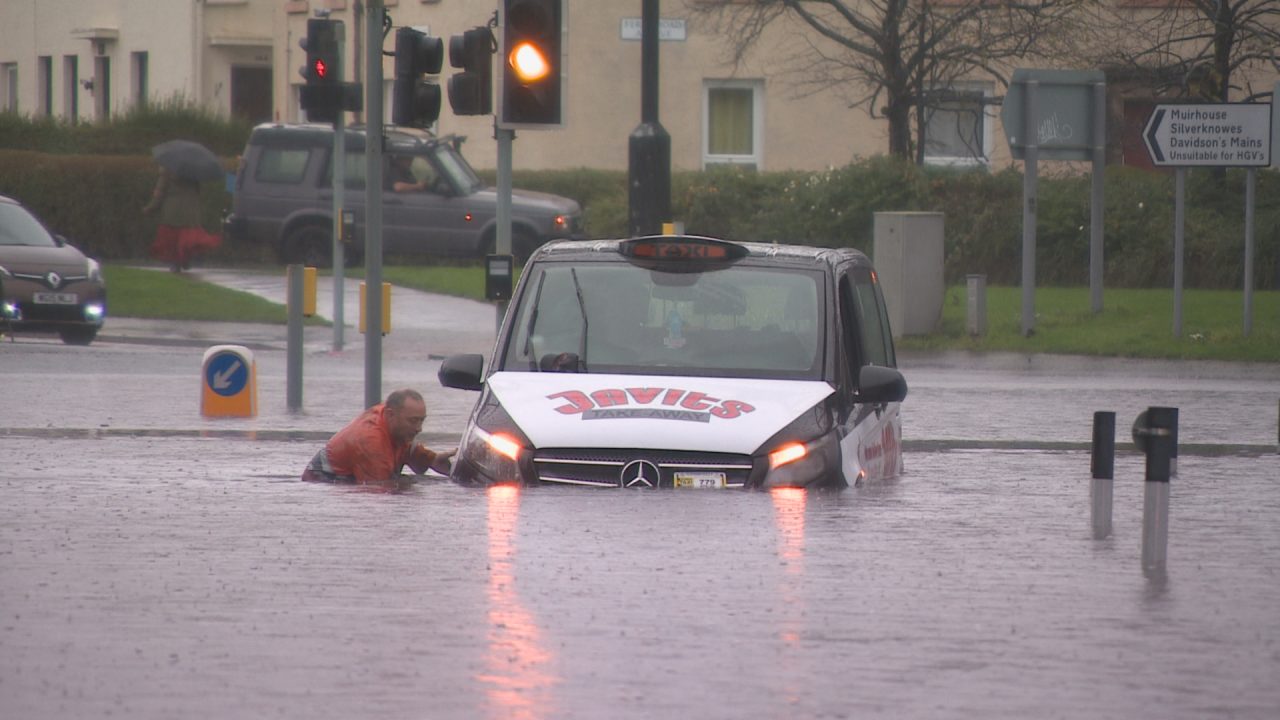 Cars have been abandoned as they float off and people left stranded in homes after record rainfall hit large parts of the country.

Some have lost electricity in their houses as rising water levels make travel impossible in places.

Andrew McIntosh, who lives in Cupar in Fife, is stuck at home with his two dogs and his dad who suffers from severe COPD (chronic obstructive pulmonary disease).

“We’ve only got electricity upstairs, and I’ve got medication that has to be in the fridge,” the diabetic told STV News.

“It’s a nightmare and nobody has been around to assist or help.”

Fife Council has been deploying sandbags to affected areas and apologised for delays as it struggled with demand on its repairs phone line.

A spokesperson said: “All available resources are continuing to deal with the flooding although many of the above roads are likely to remain closed until the rain begins to ease this afternoon.

Mr McIntosh said his garden is like “a big swimming pool” and hopes someone is able to visit those in need to check if they require essentials such as food, water or medication.

SEPA has upgraded its flood warnings to severe flood warning status for Kintore, Kemnay, Inverurie, Ballater, and for the River Dee in Aberdeen

Drivers attempting to make their way through flooded roads have had to abandon vehicles if they do not make it across.

Ferry Road in Edinburgh has seen cars and a taxi needing rescued after being overcome by the depth of the floodwater.

Meanwhile a car has come off the A92 towards Dundee near Ladybank.

Amber and yellow weather warnings have been extended by the Met Office.

An amber warning covering Tayside, Fife, Grampian and central areas is in place from midnight on Thursday until 9pm on Friday.

A yellow weather warning is in place from 3pm on Thursday running into Friday until midnight.

“If you do need to drive, make sure you and your vehicle are suitably prepared by having sufficient fuel, waterproofs, warm clothing, food and water in the event you are delayed and be mindful of increased stopping distances when breaking,” she said.