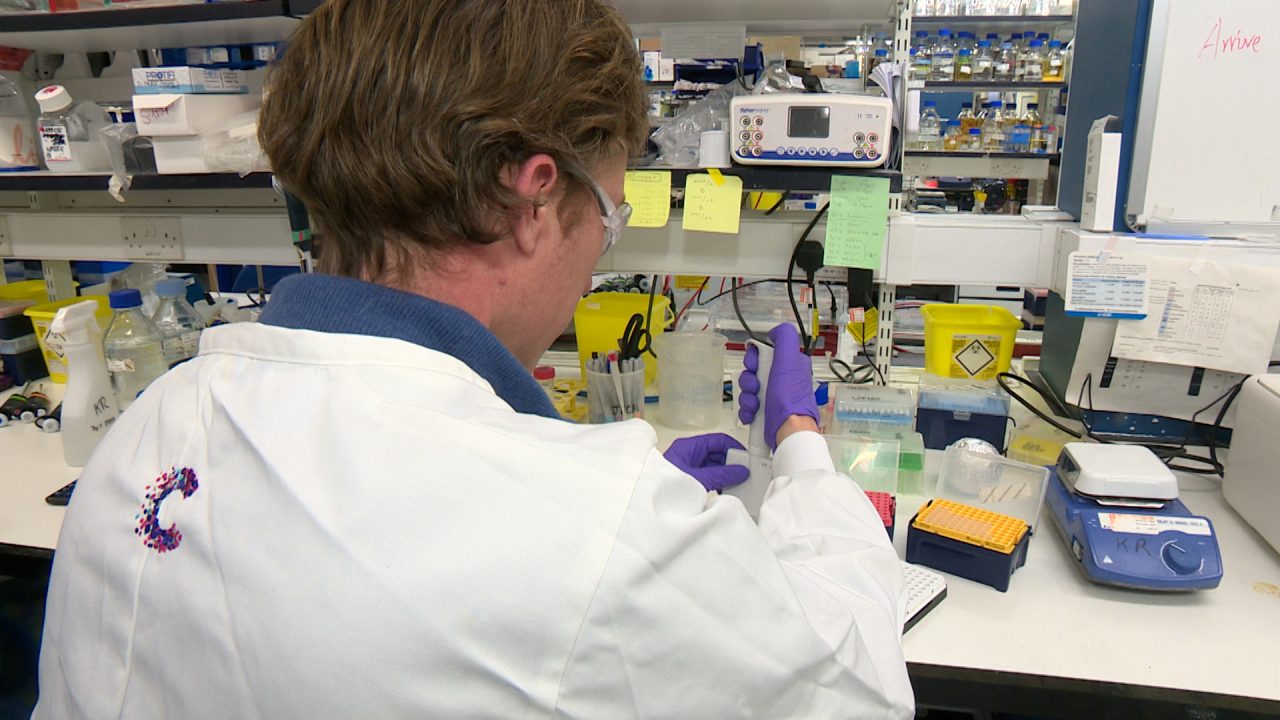 The number of people dying from cancer has fallen by 14% in the last 20 years, according to Cancer Research UK.

Since the charity was founded in 2002, great strides have been made in understanding the disease and developing treatments.

There are many reasons why death rates have fallen including improvements to screening programmes which help spot cancer sooner; research into more effective and kinder treatments; and strategies which help prevent cancer from happening in the first place.

Michelle Harrow was diagnosed with breast cancer in 2018 after finding a lump.

The mum of two from Dundee, had surgery, months of chemotherapy and radiotherapy and will now take the drug tamoxifen every day for the next ten years.

But Michelle considers herself fortunate: “I was diagnosed early and therefore my chances of survival are better because it was caught early.

“I have tamoxifen on top of that. I see it as the tablet that prolongs my life every day, so the longer I take that, the better chance I have of living that bit longer and there is a lot of life to live.”

However, many people are having to wait longer for treatment in Scotland.

Michelle Mitchell, Cancer Research UK’s Chief Executive said: “We do have a long way to go. Waiting time targets to start treatment following an urgent cancer referral are missed every quarter in Scotland and Scotland lags behind other comparable countries when it comes to cancer survival.

“We’ve got to make cancer a priority for the next 20 years and that’s how we prevent, diagnosis it much earlier and treat it wth the most sophisticated drugs that are on the market.”

Researchers in labs across Scotland have played a pivotal role in improving survival rates and learning more about the disease.

He said, “We are looking at this early mutation because we hope we can gain some insight to really target the onset of the disease and ultimately prevent or delay the cancer itself.”

The advances in science and treatment means more and more patients like Michelle Harrow can now look forward to the future with a renewed appreciation for life.

“There’s hope beyond a diagnosis like cancer,” said Michelle.

“If perhaps there’s someone just like me out there and thinks goodness this is terrible how am I going to cope, you can get through it and it does get better.”

Tamoxifen began as an accidental discovery in the 1960s by scientists at pharmaceutical company ICI, who were looking for a new emergency contraceptive.

After its development, Cancer Research UK scientists helped prove the drug’s effectiveness, paving the way for its widespread use, and Tamoxifen is now a mainstay treatment for premenopausal women with hormone positive breast cancer.

The charity has also funded work proving the benefit of Tamoxifen in preventing breast cancer in high-risk women.

Women who took the drug for five years had a 17% lower risk of cancer recurrence and a 9% lower risk of death from breast cancer, figures have shown.

Michelle was also on the Add-Aspirin trial, a clinical trial supported by Cancer Research UK which looked at aspirin to see if it can help stop cancer coming back after treatment.

Michelle said: “Now helping other people with cancer by encouraging people to fundraise to support vital research is close to my heart.

“This vital work needs our support and could help give hope to many more families like mine. Monthly progress needs monthly donations.”