Calls for review of Covid guidance on nursery graduations

The Children’s Commissioner has joined calls for ministers to review guidance which prevents parents from attending such events.

The Children’s Commissioner has joined calls for ministers to review coronavirus guidance which prevents parents from attending special ceremonies to mark their child finishing nursery.

Graduation-style ceremonies are being held in pre-school settings as youngsters finish their education there, before starting primary school in August.

The National Day Nurseries Association said the childcare settings had “introduced a wide range of measures to keep children, staff and parents safe”, and insisted they should be “trusted to make sensible judgments about their settings and ability to be able to mark children’s graduation within Government guidance”.

Scotland’s Children’s Commissioner Bruce Adamson has now joined those calling for ministers to review the guidance.

He tweeted: “Transitions are an important part of children’s right to development. In a year of disruption and uncertainty we need to do more to uphold children’s rights to education, socialisation and play while balancing rights to public health and @scotgov should review the guidance.”

Martin Canavan, who works for the children’s charity Aberlour, said his daughter was in tears when she was told her parents would not be allowed to attend the ceremony.

He tweeted: “They’ve been rehearsing their song for weeks. It feels like a pretty arbitrary decision to cancel these events when thousands can watch football, and people can drink in pubs.”

Scottish Conservative spokeswoman for children and young people Meghan Gallagher said families and nurseries are “confused and angry” about the situation.

She said: “Parents who wish to be at celebrations for their children finishing nursery are being let down at every turn by the SNP. Their guidance has left nurseries confused and angry.

“It has also come at a time when parents see other major events being given the go-ahead, without full public health measures being put in place.

“With the Children’s Commissioner joining the growing calls for a review, then SNP ministers simply must rethink this decision.

“There is an ever-growing list of anomalies in the decisions the SNP are taking on what sort of events can or cannot go ahead.

“SNP ministers should be engaging urgently with nurseries to agree a solution as quickly as possible, before more and more decide to simply cancel graduation ceremonies.”

Deputy first minister and Covid recovery secretary John Swinney has already told MSPs that the pandemic means such events are not permitted.

He said that Covid-19 safety guidance “seeks to minimise the number of contacts children and staff in early learning and childcare settings by limiting adult visitors to those that are strictly necessary”.

Speaking in Holyrood on Tuesday, he added: “The application of that guidance would mean that such events that would involve parents attending the nursery or its grounds are generally not permitted currently.”

Swinney said a number of nurseries are looking at “alternative ways” to celebrate these “landmark moments” which do not involve parents gathering together at nurseries or other settings.

“The Government will certainly be happy to share information on the different alternatives,” he added.

Sturgeon warns of ‘catastrophic’ effects of failure on Cop commitments 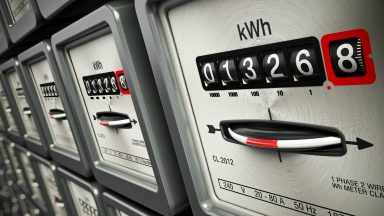 Regulator warns removing energy meters to save money is 'illegal'

Monkeypox in Scotland - what we know about rare virus